Kayleigh Burns wasn’t the first little girl to daydream about becoming a mermaid, but she’s one of the few to actually turn that dream into a reality. Kayleigh was always fascinated by the ocean — one of her fondest memories was spotting humpbacks with her dad on a whale-watching trip off the coast of Massachusetts — but never dreamed that she’d one day earn her living diving with sharks.

After studying ecotourism in college, Kayleigh followed her yearning for the sea to Hawaii, where she began working as a dive master and researcher at One Ocean Diving, a shark conservation foundation. “There is just nothing in life I have been able to ever compare to the majesty of the ocean,” she says. “The ocean is likely the most important entity in my life.” We caught up with Kayleigh to hear about her unconventional office, find out why she says sharks are more afraid of humans than we are of them, and discover why she’s so passionate about conservation. 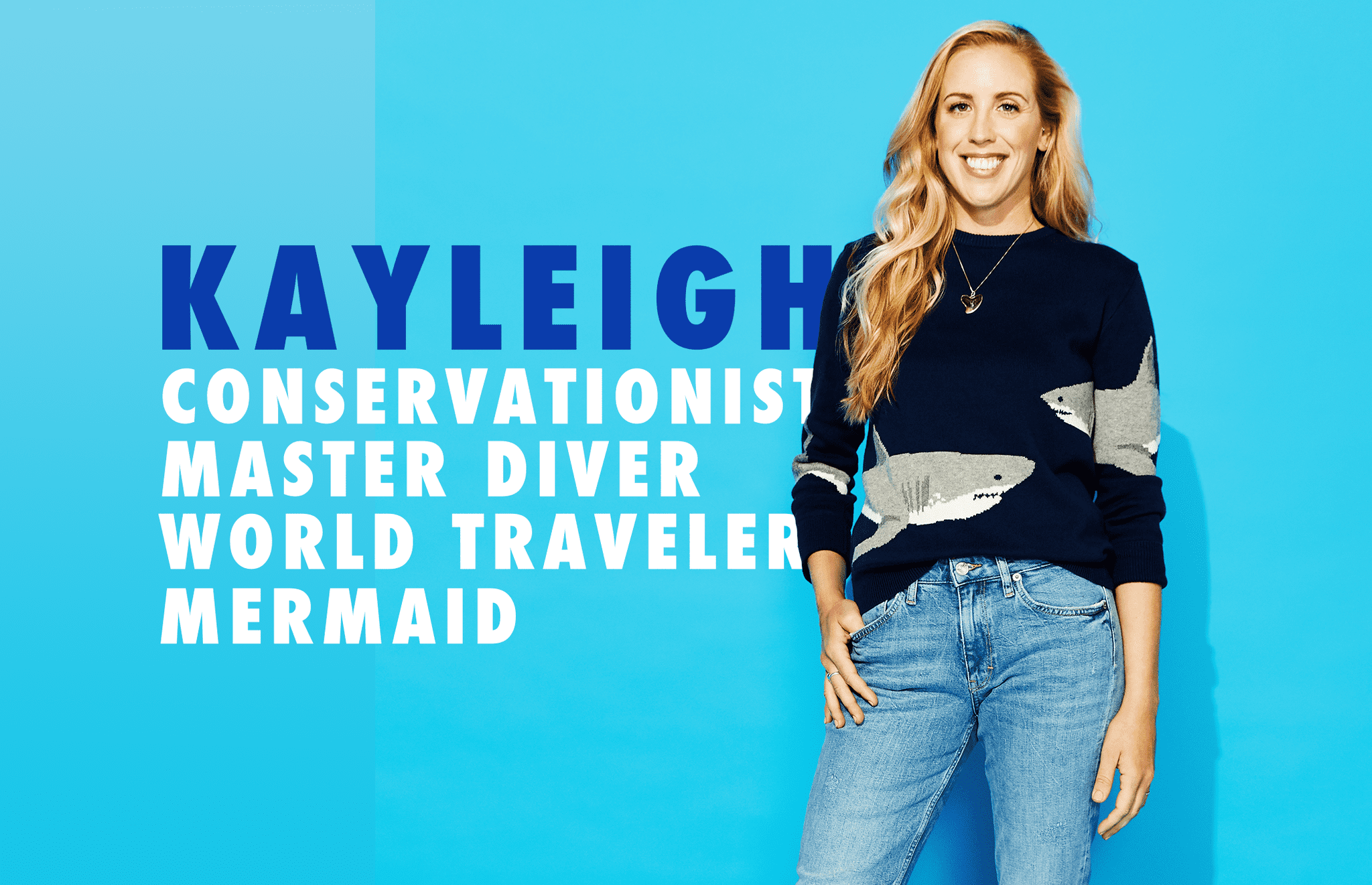 Kayleigh has always loved the ocean, but she didn’t fall for sharks until the first time she went diving. “The moment my mask hit the water, everything became silent and peaceful,” she says. “The sharks were entirely engulfed by the deep royal blue pelagic water, swimming effortlessly and gracefully. The experience wasn’t at all what most would think about swimming with sharks (scary and intense). From that moment on, I knew sharks would be in my life forever.” She was hooked and took a job at One Ocean Diving not long after.

In addition to offering snorkeling and diving expeditions for tourists and visitors, One Ocean Diving conducts scientific research on sharks. The ultimate goal? Carving out a more protected environment for sharks. “We study migrational patterns of various Hawaiian shark species [and] how they are affected by environmental impacts and conditions. We take population counts, we re-identify individual sharks with our shark ID program, establish site fidelity, and use all of this information to pass laws for the protection of sharks and rays in Hawaiian waters,” Kayleigh explains. 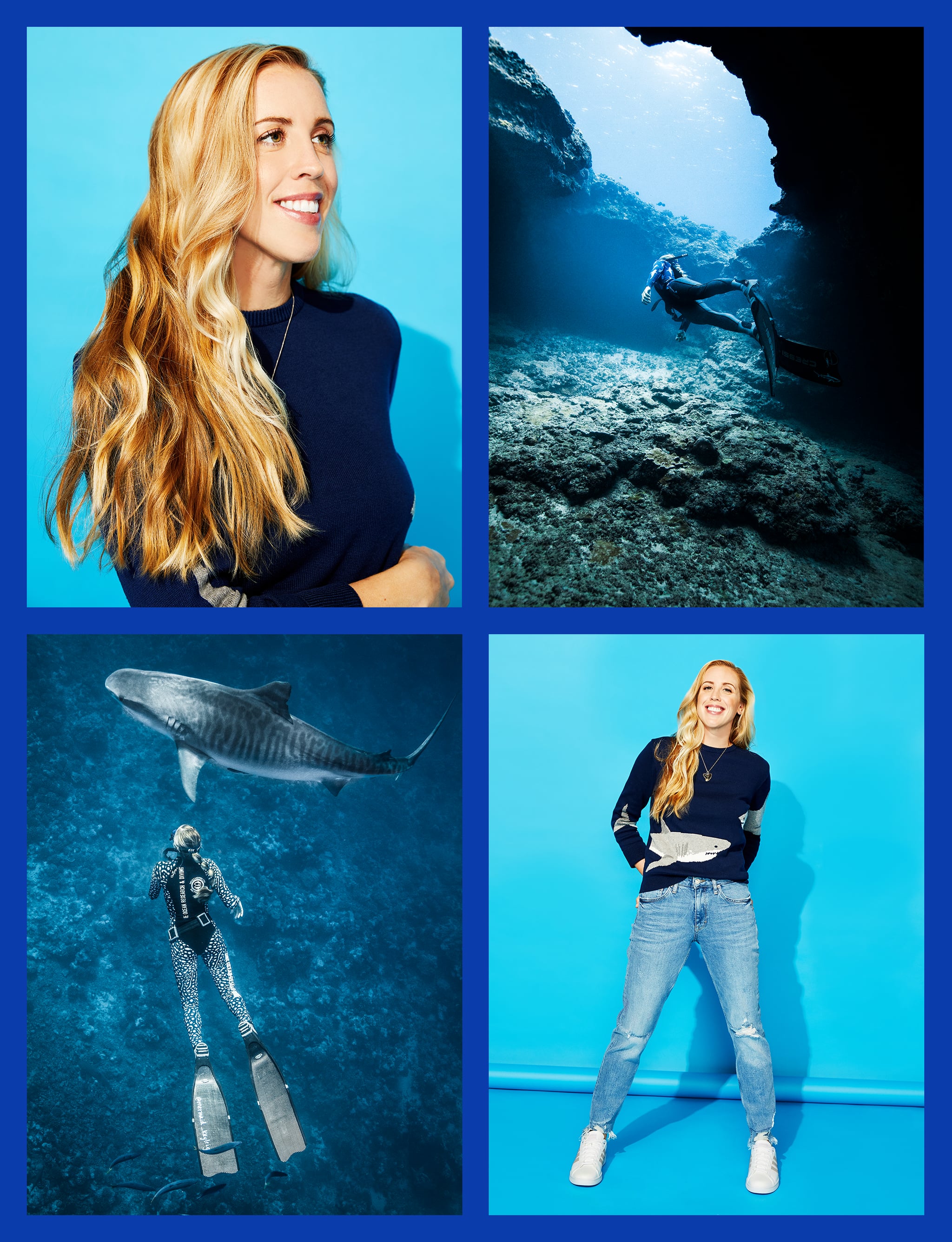 Studying and interacting with sharks daily has given Kayleigh a different perspective on the underwater predators. Pop culture and urban legends about enormous man-eating monsters have given sharks a bad name. “The popular belief is that when a human enters the shark’s territory that they are ‘on the menu’ and something the shark looks at as a food source,” Kayleigh says. “This is far from true. In fact, you are statistically more likely to be bitten by a New Yorker than a shark!” (It’s true — check out the data.)

Though she admits they’re not cute or cuddly animals, Kayleigh maintains that sharks are more afraid of humans than we are of them. As long as you remain calm and don’t appear aggressive, sharks will most likely stay out of your personal space. “We have found that sharks are some of the most polite predators and communicate with their body language and swim patterns to establish dominance,” she explains. “A shark biting, even one another, is the absolute last resort for this animal and is a very rare occurrence.” 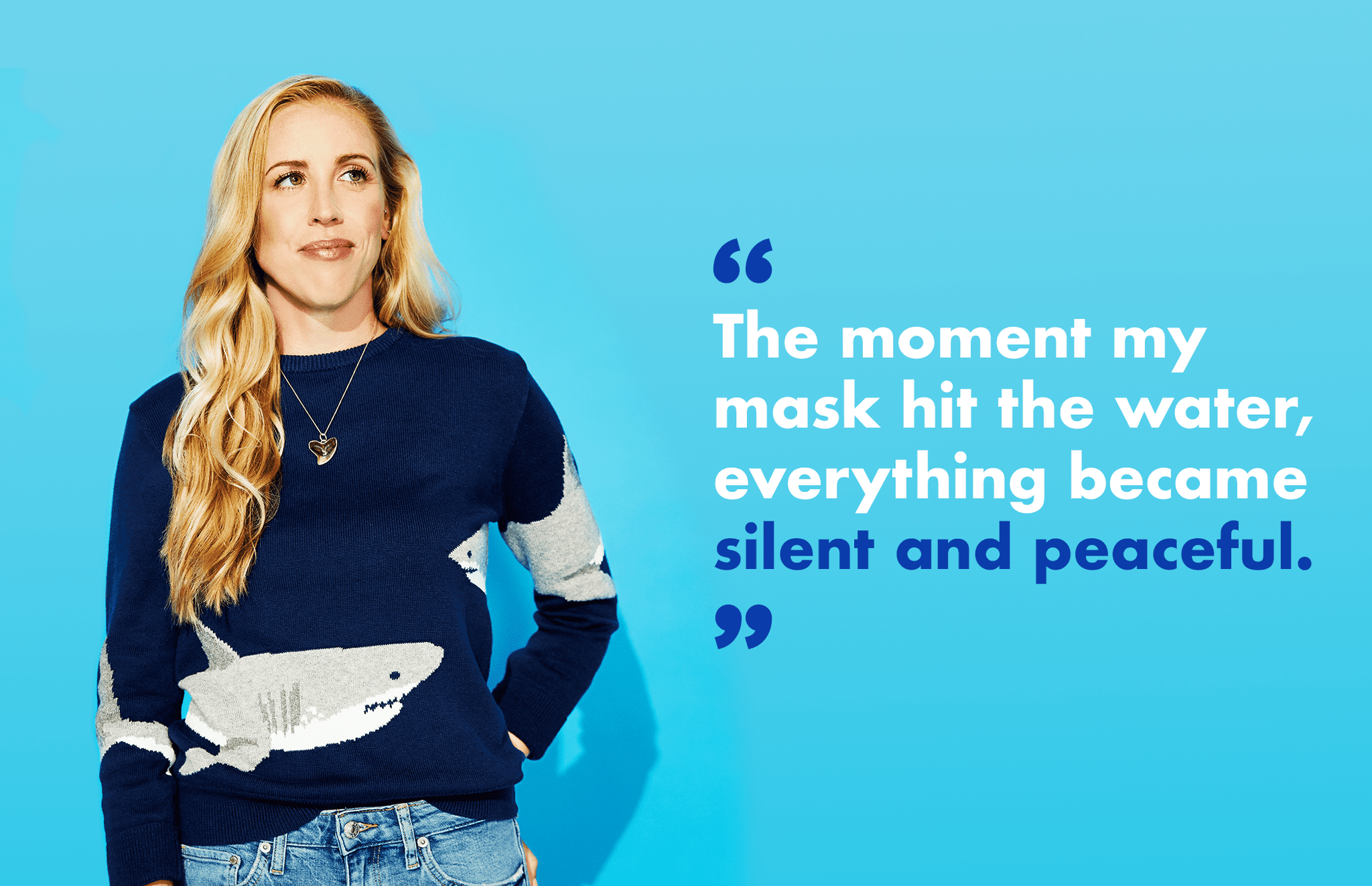 Kayleigh doesn’t only like her job because she gets to swim with sharks every day — although that’s a major perk. Protecting the ocean is at the heart of everything she does, both at One Ocean Diving and in her personal life. “Conservation should be important to everyone to ensure the next generation is able to inhabit this planet,” she says. “There is no planet B. It’s important for us all to be conscious of our everyday choices to avoid leaving a negative impact on the environment.”

Not sure how to get started? Kayleigh recommends reducing your reliance on single-use plastics, only eating locally caught fish, and going meatless at least one day per week to minimize your impact on the environment. It might not seem like much, but even the smallest change to your daily routine can help preserve the pristine blue waters Kayleigh swims in every day. As she says, “the ocean needs you, and the world needs you, so please don’t let anyone tell you that you can’t make a difference.” 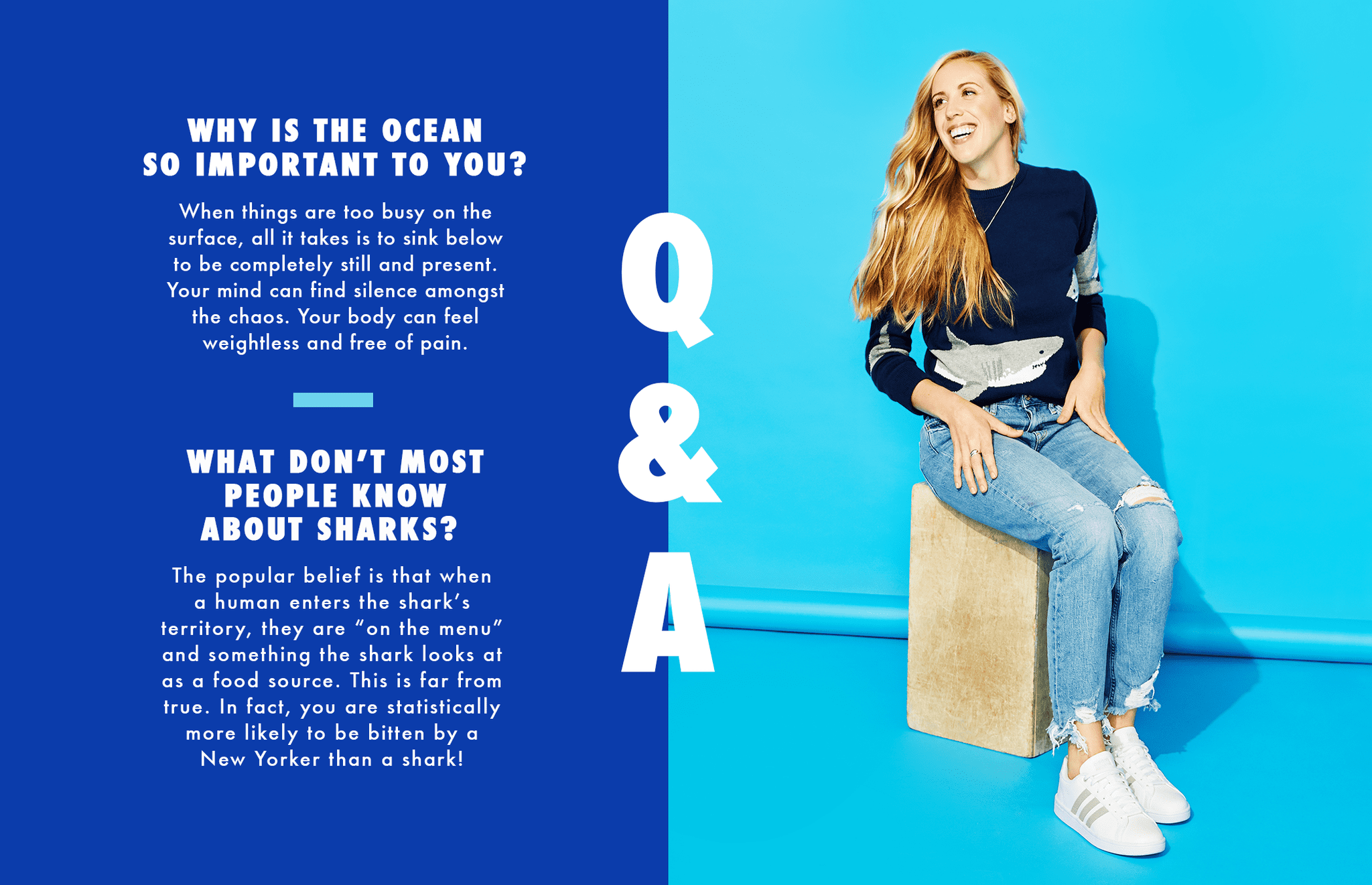