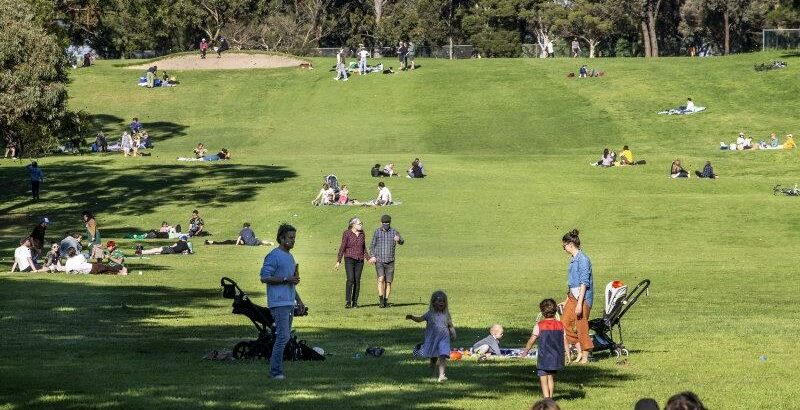 Golf. Mention the word and some people will instantly see crass billionaires like Donald Trump hacking away on private courses, open only to a select few.

Those people ought to take the short walk from central Melbourne to Royal Park, a modest public course where kids can play a round for spare change and where Australia’s greatest ever golfer, Peter Thomson, started playing as a teenager. 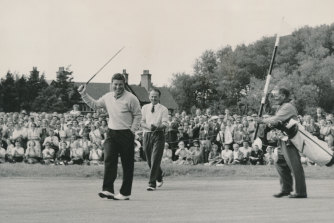 Every single golfer will have a similar story of a humble start with some rusty old clubs on a local course. I know I do. Golf is, in fact, not a game of elitist exclusion. It is our most egalitarian sport.

The COVID-19 pandemic has brought golf courses and the use of large tracts of urban public land into sharp focus.

For example, last year with golf banned, the community around the Northcote course looked at the empty fairways, took matters into their own hands and cut through the boundary fence creating, in an instant, a lush public park.

This debate is occurring across Australia as more apartments are built, as population densities rise, as our summers get ever hotter and as politicians and developers try to squeeze the maximum use out of every piece of open space. 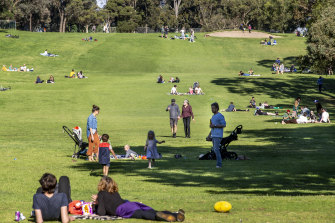 People out and about enjoying the Northcote golf course during lockdown.Credit:Wayne Taylor

Victoria’s Department of Planning has produced guidelines and a Standing Advisory Committee with the ominous aim to provide a pathway for golf course rezoning and redevelopment.

Ominous? Look at the former Kingswood course that has already sadly been sold off. And what’s proposed to take the place of beautiful roiling open fairways and bushland? Crowded dense rows of private housing.

The battle over our golf courses presents a false dichotomy between alleged elitism and a supposedly democratic use of public space because historically bad planning has been the problem.

Over the past 50 years, we have seen more people squeezed into urban areas, greater profits for developers and yet no corresponding investment in public infrastructure, public transport, schools and open space.

We might look to the home of golf, St Andrews in Scotland. Every Sunday the course is open to the public with no golf allowed.

Seen through that prism, the fight over golf courses is a phoney way. The problem is an abject failure to plan.

What’s the solution? For starters, every golf course is precious and must be protected. We don’t have to justify their existence. Their open space is inherently a public benefit.

Certainly, let’s spread that benefit more equitably. To do so, we might look to the home of golf, the Old Course at St Andrews in Scotland. Every Sunday the course is open to the public with no golf allowed.

Why not a rotating schedule of courses open to the public on Sundays and a similar plan for a full week in January?

If a course is under extreme financial pressure it might, like Elsternwick Park, become a nature reserve.

We haven’t planned our cities well for the desperate need for open urban spaces in 2021. Now is the time to plan for 2050 and beyond.