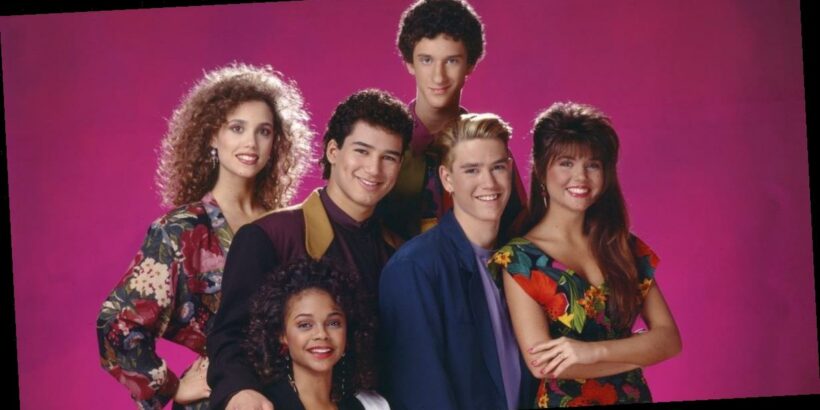 Saved By The Bell first appeared on our screens back in 1989, and captured the hearts of teens and preteens alike.

The American high school comedy was a coming of age phenomenon, focussing on a group of friend as Bayside High School as they navigated both serious and hilarious situations.

Fans the world over were recently shocked after it was announced that actor Dustin Diamond had tragically passed away following a cancer battle.

Dustin, 44, played Samuel “Screech” Powers who was an adorable dork with a heart, and one of the best-loved characters on the show.

But what about the other stars of the hit show? We take a look at where they are now… Brainy feminist Jessie was played by Elizabeth Berkley, who was previously a dancer. However she did not appear in the spin offs. Elizabeth continued in her success and has starred in programmes such as The L Word and CSI: Miami. She also secured roles in major movies such as First Wives Club and Showgirls, as well as being a New York Times bestselling author. Elizabeth has one child with her husband Greg Lauren. Tiffani played Kelly Kapowski, the high school’s golden girl and the girlfriend of Zack. She was a model and starred in commercials. Tiffani continued to act in hit shows such as Beverly Hills, 90210. She is also a keen chef and has recently hosted her own cooking show. The 47 year old has two children with her husband Brady Smith. Lark played Lisa, the clique’s trendy fashion expert. The hardworking star also had parts in Days of Our Lives, The Bold and the Beautiful, and In the House during her time on the show. Some of the cast members from the show last year filmed an NBC reboot. Speaking on the Dr Oz show, she explained that she felt "hurt" but also opened up on her mental health struggles and bipolar disorder which she believes may have been a factor. She has self-published three books. Mark-Paul landed the role of Zack in 1989, and became a global heartthrob as fans followed his character’s relationship with Kelly Kapowski. Mark-Paul continued to act after leaving the programme in 1994. He has had roles in shows such as NYPD Blue, Commander in Chief, and Mixed-ish. The star has four children, two with his current wife, advertising executive Catriona McGinn. Mario played AC Slater, Bayside’s resident jock. The star wrestled in high school, so brought this skill to the role. Nowadays, Mario works as a presenter and is currently a cohost on both Extra and Access Hollywood. He is married to Broadway dancer Courtney Mazza and they have three kids together.