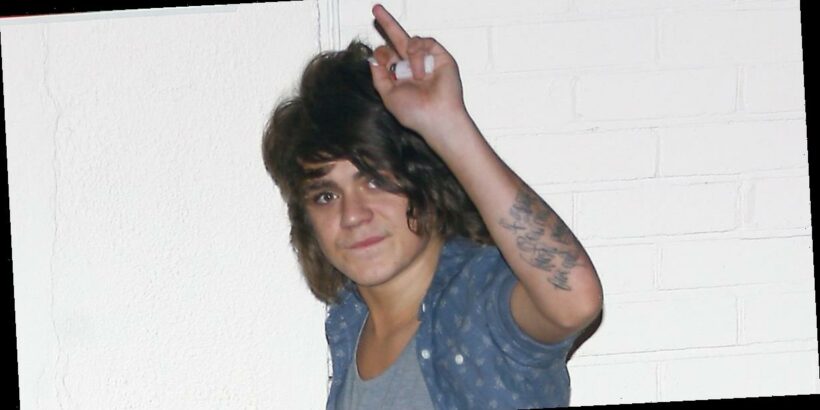 Frankie Cocozza made quite the impression when he appeared on The X Factor back in 2011 with his rock and roll lifestyle.

The singer was kicked off the hit music show when he was overheard bragging about taking cocaine by production staff.

Speaking to The Mirror after being fired from the show, the star said: "I regret it so much. I'm really sorry.

"It's not just the last few months on X Factor I’ve been taking cocaine or using drugs.

"To be honest, I’ve been doing stuff for a couple of years now."

But Frankie was just 18 then, and a lot has changed in his life for the better.

What happened to Frankie Cocozza after X Factor?

The star then released some music, and his debut single reached No.19 on iTunes.

However, after amassing a £200,000 fortune from his fame he admitted to blowing all his cash having fun, and said he was now working on a building site for £7.50 an hour.

He told the Mirror: “I have no regrets. I didn’t have to have a real job for a long time after the show, and me and my mates had the best time.

“I went back to work because I needed more dough, but I think I was just bored. I sat in my room for the last three or four years playing guitar every day.”

He later appeared on Celebs Go Dating in 2017.

What is Frankie Cocozza doing now?

Frankie, now 28, has totally cleaned up his act, and has moved down under to live in Sydney and still performs with his band Monday Moon.

But more than that, he has left his lothario ways in the past, and is now loved up with his wife Bianca.

The pair had a baby son, also called Frankie, together back in 2019. Frankie announced the news on Instagram, writing: "You're in for one hell of a ride son."

"You'll be absolutely fine because you're half your mother."