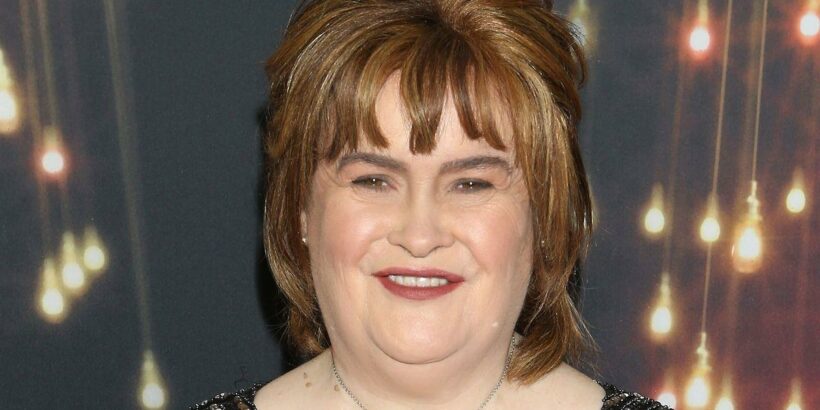 It may seem like yesterday that the nation was captivated by Susan Boyle’s rendition of I Dreamed A Dream but in fact, that Britain’s Got Talent performance was a staggering 12 years ago.

Although her singing capabilities were undisputed, she lost out to first place to dance troop Diversity.

But not winning the competition didn’t hold Susan back as she went onto sell more than 19 million records, rake in an estimated £22 million and release the UK’s bestselling album of all time, I Dreamed A Dream.

Her second album, The Gift, also rose straight to the top of the charts and every year since, she would release an album to quieter acclaim.

In 2015, she announced taking an official break to “take a little me time and spend time at home with family and friends.”

However, with a family rift and more recent appearances on America’s Got Talent, it seems as though Susan Boyle has still had her fair share of life’s rollercoasters.

Being subjected to labels like "Simple Susan" and told she was “brain damaged” was heart-breaking for a young Susan Boyle.

After finding fame, she sought the help of a Scottish specialist who confirmed she actually had way above average IQ and was diagnosed with Asperger’s Syndrome.

After the diagnosis, she told The Guardian in 2013 that she hopes people will treat her better as “they will have a much great understanding of who I am and why I do the things I do.”

She renovated her ex-council house

Although Susan has the funds to buy multiple mansions, she remains loyal to her ex-council property in Blackburn, West Lothian, as she opened the doors exclusively with OK!

Instead of moving out of her native town, she instead bought the home next door for £111,000 and merged the two houses together.

Creating her new dream home, she previously explained that moving out wasn’t a possibility as it holds many memories.

She healed the rift with her brother

Susan and her brother Gerry fell out massively in 2013 after other family members claimed he’d threatened to take his own life if Susan didn’t give him £50,000.

Allegations whirred and split the once tight-knit family apart. Gerry’s anger was fuelled by the fact that Susan refused to cut ties with those who had made allegations against him.

In total, the siblings spent two and a half years not speaking.

They put their problems aside after Susan had a major row with Heathrow staff in 2016 and called Gerry for consolation.

After calling her back, Susan got a taxi straight to his home and the two carried on as normal.

She lost her elder sister to cancer

Susan suffered her fair share of loss and heartbreak in the years leading up to her BGT debut.

Taking a break from her album release to grieve, Susan spoke highly of her sister citing her as the one who “helped me throughout my life and career.”

She was a contestant on America’s Got Talent: The Champions

Although she has a wealth of albums and critical acclaim, Susan took to the talent show stage once again in September 2018.

Stating that she wanted to win this time, Susan performed in 2019 singing ‘Wild Horses’ from her debut album, I Dreamed A Dream.

She received a golden buzzer from judge Mel B and progressed to the final where she sang the showstopping I Dreamed A Dream from her original audition back in 2009.

Unfortunately, she failed to finish in the top five but in August 2019, performed on the results show for the 14th season of America’s Got Talent.