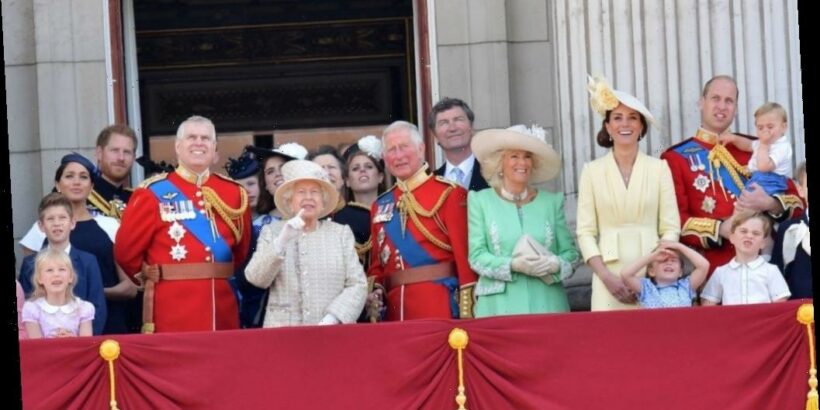 Meghan, Duchess of Sussex, and Prince Harry, Duke of Sussex, repeatedly mentioned the royal family “institution” in their interview with Oprah Winfrey. But what is “the institution?” And who runs it? Meghan and Harry hinted it’s just a select few members of the royal family, with one senior royal being the center of it all. And it might not be Queen Elizabeth II.

What does the institution mean in the royal family?

The institution refers to the monarchy itself and all of the people it takes to run it on a daily basis. That spans from members of the royal family all the way to the people who wind the Queen’s clocks.

Within the institution, there are the royal family members, communications staff, household staff, palace aides, and more. Each job serves a specific function to keep the family’s home lives and work schedules running.

As Meghan told Oprah in their interview, “So, there’s the family, and then there’s the people that are running the institution. Those are two separate things. And it’s important to be able to compartmentalize that, because the Queen, for example, has always been wonderful to me.”

What is the royal firm?

Royal commentator Victoria Arbiter clarified the difference between the institution and “the firm” to Vox. As she explained, the Queen’s father is the monarch who created the idea of the firm, which is the name now used for the working senior royals of the family. She said:

Arbiter compared the institution to Apple, saying that even though Harry and Meghan praised the Queen’s treatment of them in their interview, she’s basically still the CEO.

“If you were to criticize Apple, the blame for whatever that criticism is really does rest with the CEO,” she said. “It’s similar in that respect.”

Meghan also noted in the interview that she reached out to the institution’s human resources department for help when she was experiencing suicidal ideation thoughts. She was denied help from HR because she was a member of the royal family, and not a paid staffer.

It’s a particularly hard dynamic in that regard, and raises questions about the structure of the institution if it cannot help the very people whose lives they help run.

“I think Meghan was sort of looking for help wherever she could find it,” Arbiter said. “That was one area where the door was closed.”