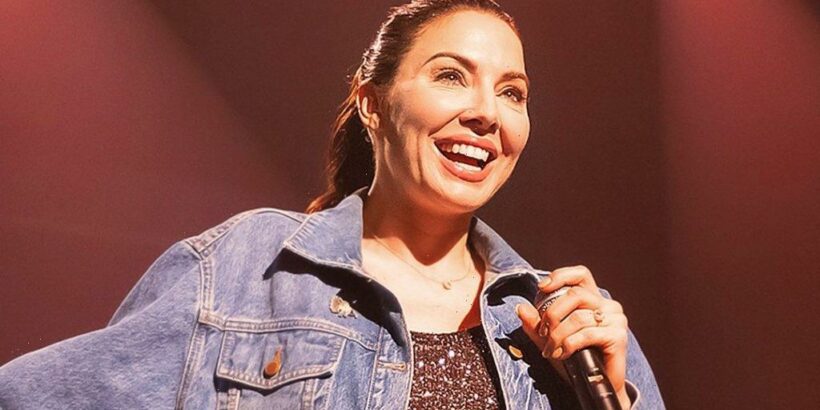 Whitney Cummings is bringing the jokes. “Whitney Cummings: Jokes,” the comedian’s fifth special — and her first self-funded one — will premiere July 26 on Netflix.

Cummings described this stand-up special as “more nostalgic and emotionally cozy: no politics, no lecturing, no self- indulgence.”

“As media is getting more and more fractured, I like the challenge of going, ‘How do I appeal to everybody?’” Cummings told Variety. “I’m still interested in what unites all of us and what we all have in common. Comedians, we’re so masochistic. The idea of trying to find something we can all agree on right now is probably a psychotic mission. But just with how acrimonious everything feels, how apocalyptic the vibe feels online, you only get the news that you want to see, you only see the opinions that you’ve signed up to follow… On my podcast I’m very interested in the incendiary and splitting hairs on the more flammable topics. But when it comes to a special, you got to sell what you promised to sell: ‘I still expect this to make me laugh.’”

In deciding to self-finance the special, Cummings said she was looking for more control over the long tail of where it will continue to be seen, and how it will be disseminated via social media and other platforms in the coming years.

“I’ve made four specials, and a lot of comedians that I really admire gave me the advice of ‘if you can pay for it yourself, make it so that you own it,’” Cummings said. “So at least I can sort of have a modicum of control, as the sort of seemingly weekly changes in the TV and streaming business, those vicissitudes can continue but at least I own the specials. So that I can put it on YouTube if I need to. Put it on Roku or Amazon or whatever the platform di jour is. And not be in a situation where I’m watching something I worked two years on just sort of disappear into ether.”

Cummings said as part of her deal with Netflix, for example, rights will revert back to her within a set period of time. That will benefit her in terms of then adapting to how people might watch the special in the future — including in short bites.

“You really want to have the option to down the line be able to break it up in different ways based on how this next generation is consuming comedy, whether it’s five minutes on YouTube or one minute on TikTok or Reels,” she said. “Also because of the pandemic, for a lot of people shooting specials it was prohibitively expensive because of the vaccine mandates. And the mask mandates. A lot of comedians thought, ‘OK, let me just shoot my own thing here and then we can license it out.’ They license it for a couple years and if you want to take it back after that, it just gives you some options and some ownership. The idea of [comedians] owning their content is so anathema to the way we think. But then all these YouTubers and content creators, I talk to them, and they’re like, ‘you don’t own your shows?’ And we’re like, ‘no, of course not!’ It’s just a matter of these disruptive YouTubers and TikTokers coming in and looking at us like we were crazy for not owning anything we made.”

Podcasts are key as a marketing tool, Cummings added, and you can promote the show there — but that’s mostly inside your own fanbase ecosystem. That’s why Cummings said it’s still key to land a deal with a giant like Netflix, where more people will see your show.

“I went around the country, I did like 70 shows as soon as things opened up,” she said. “I was doing the half-capacity clubs before the theaters even opened and we were doing comedy in masks and comedy from cars and trucks, outside in the snow, whatever we could do to do comedy safely. And then you put this special together that was cobbled together based on [the fact that] everyone that came to the shows laughed. We don’t know how they voted. We don’t know what their politics are. If everyone could agree this joke was funny in those shows, I better put this out. And this could reach new people. That is the idea, to get new fans with the specials and then connect with the existing fans with the podcasts.”

Cummings is represented by UTA and Levity Talent.