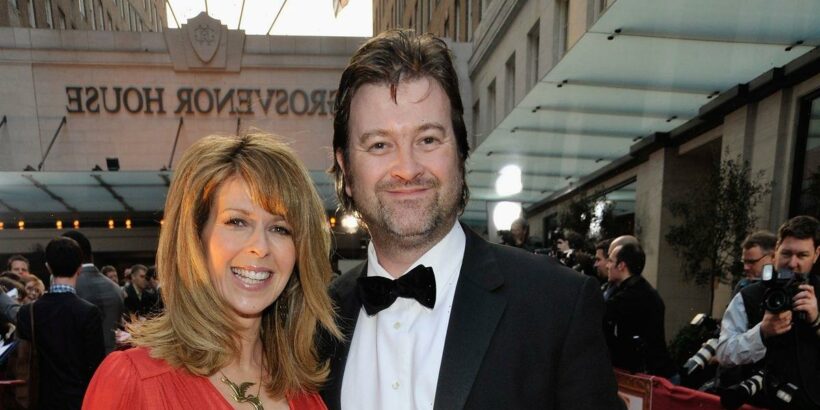 Kate Garraway is at the National Television Awards tonight as she is up for an award for her TV documentary on husband Derek Draper and his long battle with coronavirus.

The former Good Morning Britain presenter, 54, looked glamorous as she beamed for the cameras on the red carpet, but the star-studded event is far from Kate's heartbreaking reality over the past few months.

Last week, she gave heartbreaking update on her husband Derek's health, revealing that he suffers from extreme fatigue and sleeps for 20 hours a day.

Talking with Dr Hilary about long COVID on Thursday's Good Morning Britain, the star said: "The fatigue that Derek has, I know he is an extreme case because he's got multiple organ challenges.

"Derek is sleeping 20 out of 24 hours a day, he has like 10-minute windows and it's not just feeling a bit tired; he goes white, pale, it's like everything shuts down."

Recently, the brave TV star shared the touching moment her husband awoke from his induced coma, which comes five months after he returned to his family home after spending more than a year in hospital.

Derek, 54, was placed into an induced coma to help him battle coronavirus – and has since beaten it – but has been left with a seried of long term health complications.

As Kate attends the OK!-sponsored NTAs tonight, here’s everything you need to know about her husband Derek…

Derek Draper, 54, is a PR expert who used to work as a political adviser.

Derek is from Chorley in Lancashire and he worked as a political aide to former Labour cabinet minister Peter Mandelson.

During this, Derek was at the centre of the scandal known as "Lobbygate" in 1998.

He retrained as a psychotherapist in California for three years, and began working as the Political Editor of the Modern Review in the late 90s.

After this, Derek briefly worked as a columnist for the Daily Express and presented on TalkRADIO UK.

He was also the founder and editor of of the blog LabourList but he stepped down following a scandal involving leaked emails.

Derek is also a published author who has written books including Blair's 100 Days and Life Support.

Derek and Kate married in 2005 in Camden, London.

Before marrying Derek, Kate was married to former Meridian boss Ian Rumsey from 1998 to 2002.

Discussing her sex life during a candid chat with the Mail’s You Magazine, Kate previously said she keeps things interesting by “making him a little bit jealous every now and again.”

The television star also revealed her sex life is better in her 50s than it was in her 20s.

For more juicy gossip on your favourite stars, sign up to our daily newsletter here