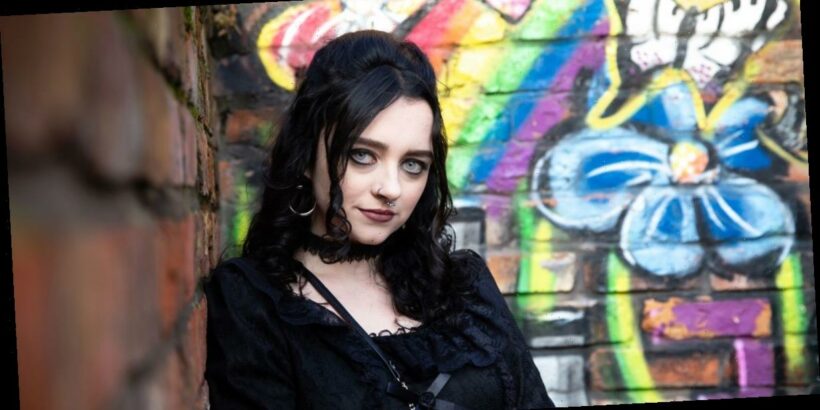 Nina Lucas first appeared on the Cobbles in 2019.

The gothic niece of Roy Cropper is set to be involved in a romantic story line with Asha Alahan, the show has confirmed to Digital Spy.

Coronation Street producer Iain MacLeod has also previously told the publication that: "There'll be a fantastic and unique love story for Nina, which might not entirely end up where you expect now.

“The love story will turn into a massive social issue story that deals with tolerance of people who are part of minority communities and don't look like everybody else.”

But as Nina’s journey is about to get a whole lot more exciting on screen, what about the real life of the actress that plays her?

Here is everything you need to know about Mollie Gallagher…

Who is Mollie Gallagher?

Mollie Gallagher is a 23-year-old actress.

Nina is her first television acting role, however the star is already smashing her career, having recently won the Inside Soap Award for Best Newcomer.

She currently has 14.1k followers on Instagram, but this is sure to climb.

Who is Mollie Gallagher dating?

Mollie is in a relationship with a man named Dan Myers, who she frequently posts about on her Instagram page.

Dan is in a band called Inego, and their music is described as: “Indie Rock with a splash of Disco Funk and a Pop twist”.

Where does Mollie Gallagher live?

Mollie lives in Manchester alongside her boyfriend Dan.

They live is a high-rise apartment with sweeping views of the city skyline.

What has Mollie Gallagher said about starring in Coronation Street?

When she secured the role on the hit ITV soap, Mollie said: “I am absolutely delighted to be in Coronation Street.

"I grew up watching the show and it is surreal to be on the set working alongside such incredible actors as David Neilson and Alison King.

"Nina is a really interesting character, she is a bit of an outsider and although she is reluctant to let Roy into her life she soon realises they have more in common than she first thought."