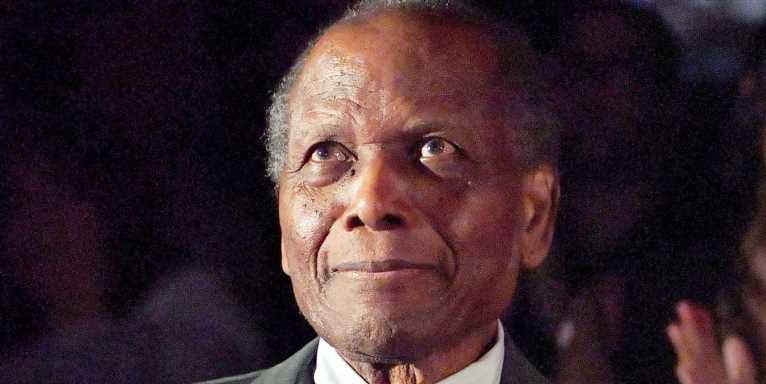 Hollywood is mourning the loss of legendary actor Sidney Poitier, who died at age 94 Thursday.

Shortly after news of Poitier's death broke on Friday, tributes began to pour in online, with fans of the actor sharing kind words on social media.

Actor Jeffrey Wright wrote on Twitter, "What a landmark actor. One of a kind. What a beautiful, gracious, warm, genuinely regal man. RIP, Sir. With love."

Whoopi Goldberg shared, "If you wanted the sky i would write across the sky in letters that would soar a thousand feet high.. To Sir… with Love Sir Sidney Poitier R.I.P. He showed us how to reach for the stars," adding, "My condolences to his family and to all of us as well."

"Icon. Iconoclast. Barrier breaker. Pioneer. Hero. Legend. All time great," Frozen star Josh Gad captioned. "Goodbye to one of the most important and extraordinary Actors in the history of our industry. Thank you for shattering glass ceilings and paving new roads."

Loni Love also remembered the trailblazer, tweeting: "What a thrill it was to meet the legendary actor Sidney Poitier.. he made us all feel proud and was an inspiration to us in an industry that at times could not be welcoming.. thank you Mr. Poitier rest well." Poitier, who was also known for his activism work on human rights issues, made history in 1964 as the first Black man to win a Best Actor Oscar for his role in Lilies of the Field. He went on to win another honorary Academy Award in 2002.

Poitier was born in 1927 in Miami. Because he was two months premature, his family did not think he would survive, and his dad even prepared to bury him in a shoebox, People previously reported.

But the actor defied all odds and went on to become a record-breaker in the film industry. After serving in the army, Poitier began training at the American Negro Theater and went on to perform in a Broadway production of Lysistrata.

Following his stint on Broadway, Poitier appeared in Lorraine Hansberry's 1961 film A Raisin in the Sun, and starred in many other titles following his Oscar win, including To Sir With Love, In the Heat of the Night, and Guess Who's Coming to Dinner.

Poitier also focused on humanitarian work, becoming an active participant in the Civil Rights Movement. In 2009, he was given the Presidential Medal of Freedom by President Barack Obama.

This story originally appeared on people.com