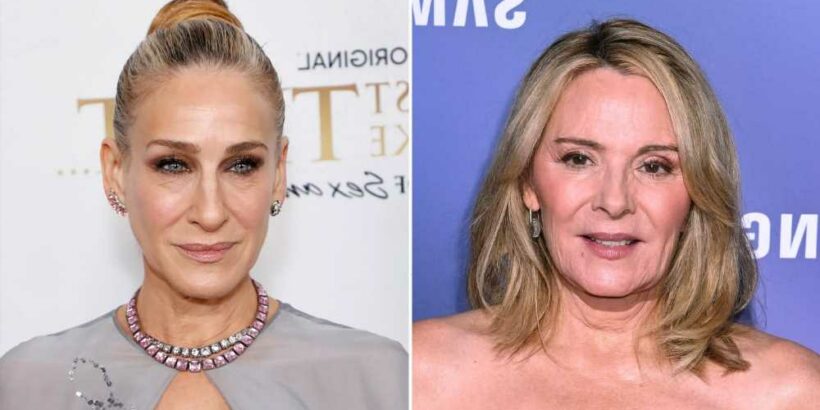 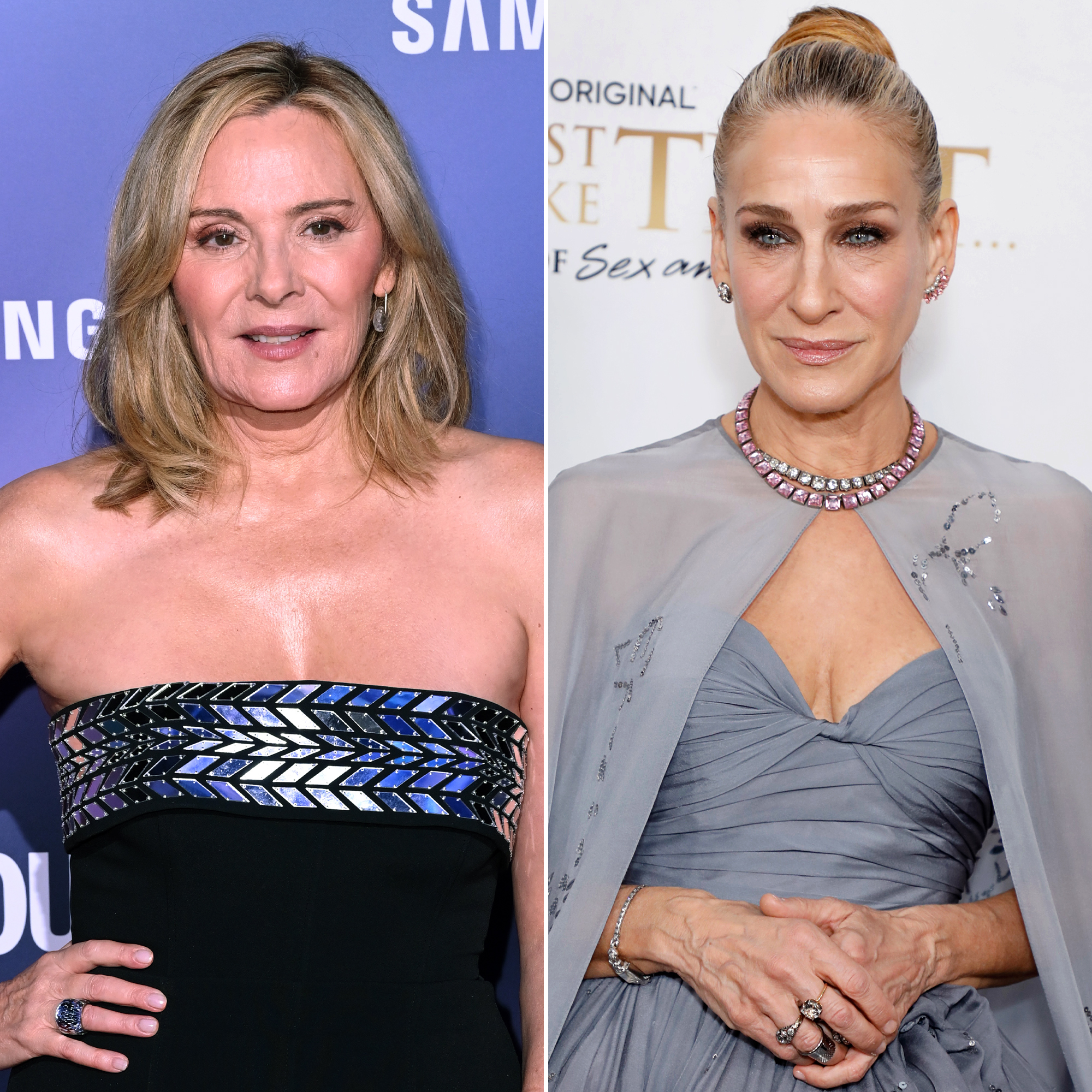 Read between the lines? As And Just Like That continues to film their second season, eagle-eyed fans have questioned Kim Cattrall‘s potential commentary on the matter.

Everything Kim Cattrall Has Said About Leaving ‘SATC’ Over the Years

The actress, 66, who played Samantha Jones in the original HBO series, raised eyebrows when she shared her own quote on Instagram. “This is what happens when you go where you’re celebrated and not where you’re tolerated,” the statement, which Cattrall told Glamour, read earlier this month.

Fans quickly took to the comments section to share their theories behind the cryptic post. “The show without you is so boring,” a social media user wrote in support of the U.K. native.

A second commentator admitted they didn’t have plans to watch the revival series, writing, “I can’t watch the show with the ridiculous new characters and storylines and no Samantha. Everyone’s in an identity crisis and they act like they just woke up in their 50s! Who talks about she every time they’re together? 😂.”

The Golden Globe nominee’s social media insight comes as Sarah Jessica Parker, Kristin Davis and Cynthia Nixon reunited to work on season 2 of And Just Like That. The costars previously appeared in six seasons of Sex and the City from 1998 to 2004. They also returned for the two subsequent sequels.

Following their time on the hit series, Cattrall and Parker, 57, remained tight-lipped on rumors of a feud. In 2018, the Rosebud star made headlines after she called Parker “cruel” following the death of her brother. The Hocus Pocus actress addressed their offscreen issues during an interview on the “Origins” podcast later that year, asserting at the time that she was “not in a catfight with anybody.”

Parker added, “I’ve never publicly — ever — said anything unfriendly, unappreciative about Kim because that’s not how I feel about her.”

Showrunner Michael Patrick King later discussed how the dynamics behind the scenes influenced Samantha’s departure from the series.

“Kristin, Cynthia and Sarah Jessica became one group, and Kim never joined mentally. Kim fought and said, ‘I’m everyone’s favorite,’” King detailed to The Hollywood Reporter in December 2021. “[Parker’s] name was contractually, legally, righteously, the only name on the poster due to the fact that she was a movie star in 1998 when the series started and she did a leap to do a show about sex on [HBO], the channel that did the fights, and it doesn’t matter how popular you are. I guess for Kim it didn’t matter how much the raise became if there was never parity, but there was never going to be parity.” 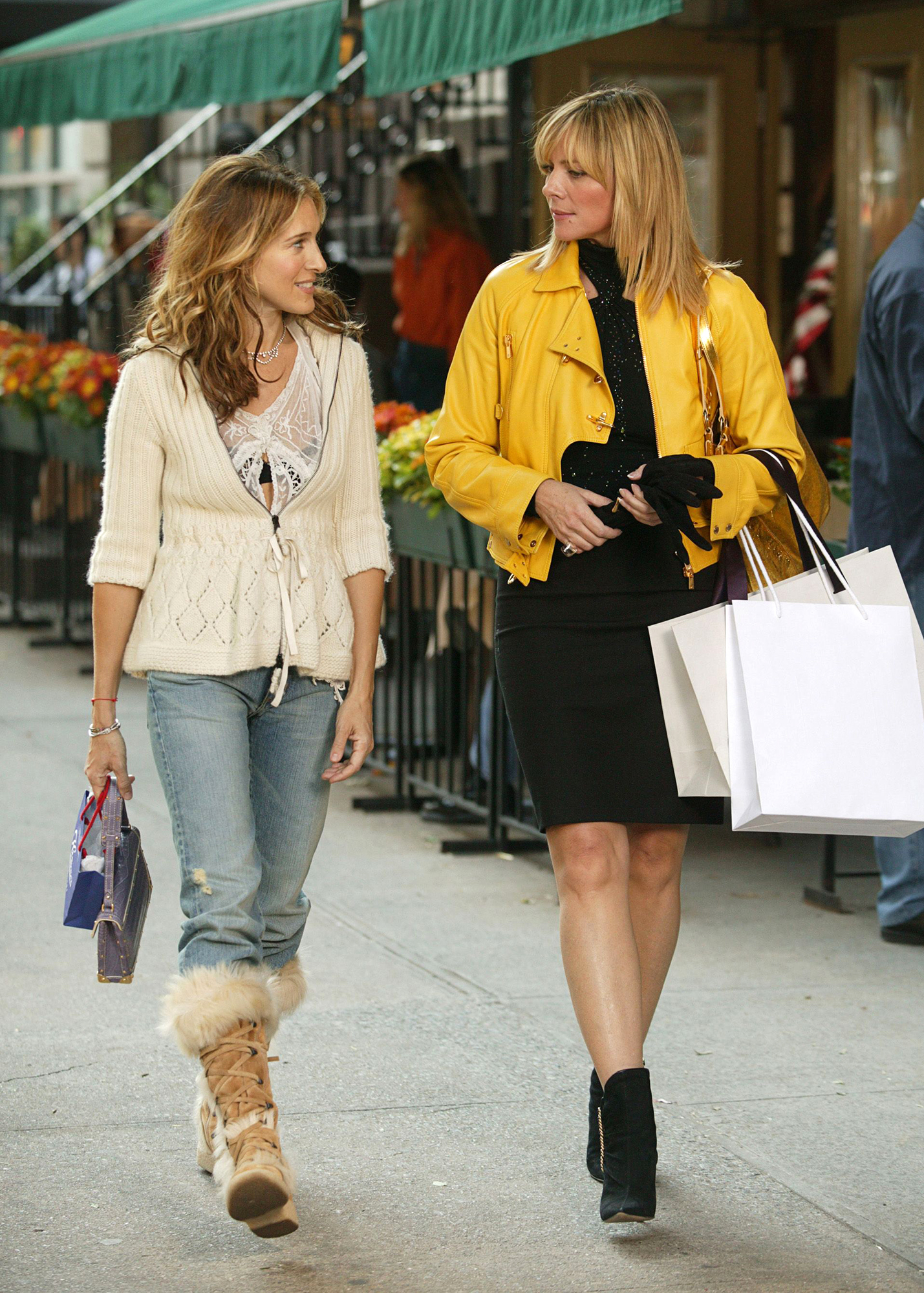 The writer pointed out how the Sex and the City reboot never had firm plans to include Cattrall.

“And Just Like That was never, ever intended to be including Kim Cattrall because she decided she didn’t wanna play Samantha many, many years ago. We love Kim. I love Kim. I loved her Samantha, and I knew that everybody, including myself, had invested years in those four friendships,” he told Us Weekly that same month. “So, I didn’t want to pretend that there was an absence — or wasn’t an absence. I wanted to reflect the reality of the fact that there was one not joining. Story wise, I came up with the idea that Samantha’s in London because we didn’t want to kill her. We love Samantha. That’s ridiculous.”

‘Sex and the City’ Drama Through the Years: A Timeline

The Broadway star, for her part, recently weighed in on the outpouring of support that she received from fans. “I’ve played so many different kinds of characters, you think — why that character? Why then? It was a time coming out of AIDS and making sex positive again,” she told Variety, noting it was “a great compliment” to be missed. “There were so many parallels of me growing as an actor and that character. I would never want to look back on that with anything other than pride. That I did that, that it existed.”

Cattrall also claimed she was “never asked to be part of the reboot,” saying, “I made my feelings clear after the possible third movie, so I found out about it like everyone else did — on social media.”

Since her departure from the SATC franchise, Cattrall has appeared in projects including Tell Me a Story, Filthy Rich, How I Met Your Father and Queer as Folk.