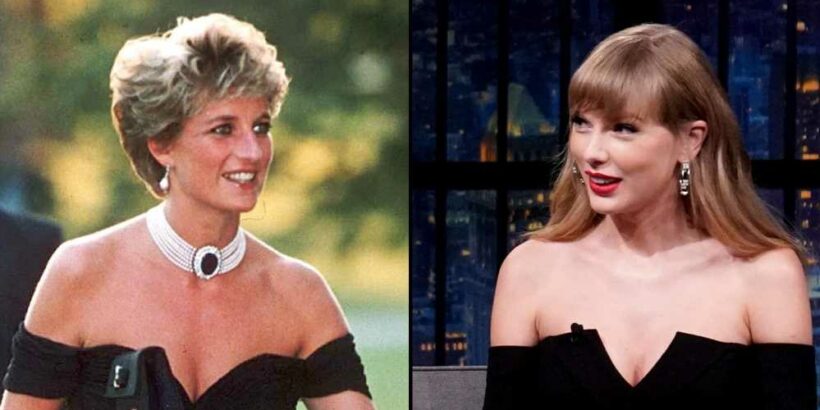 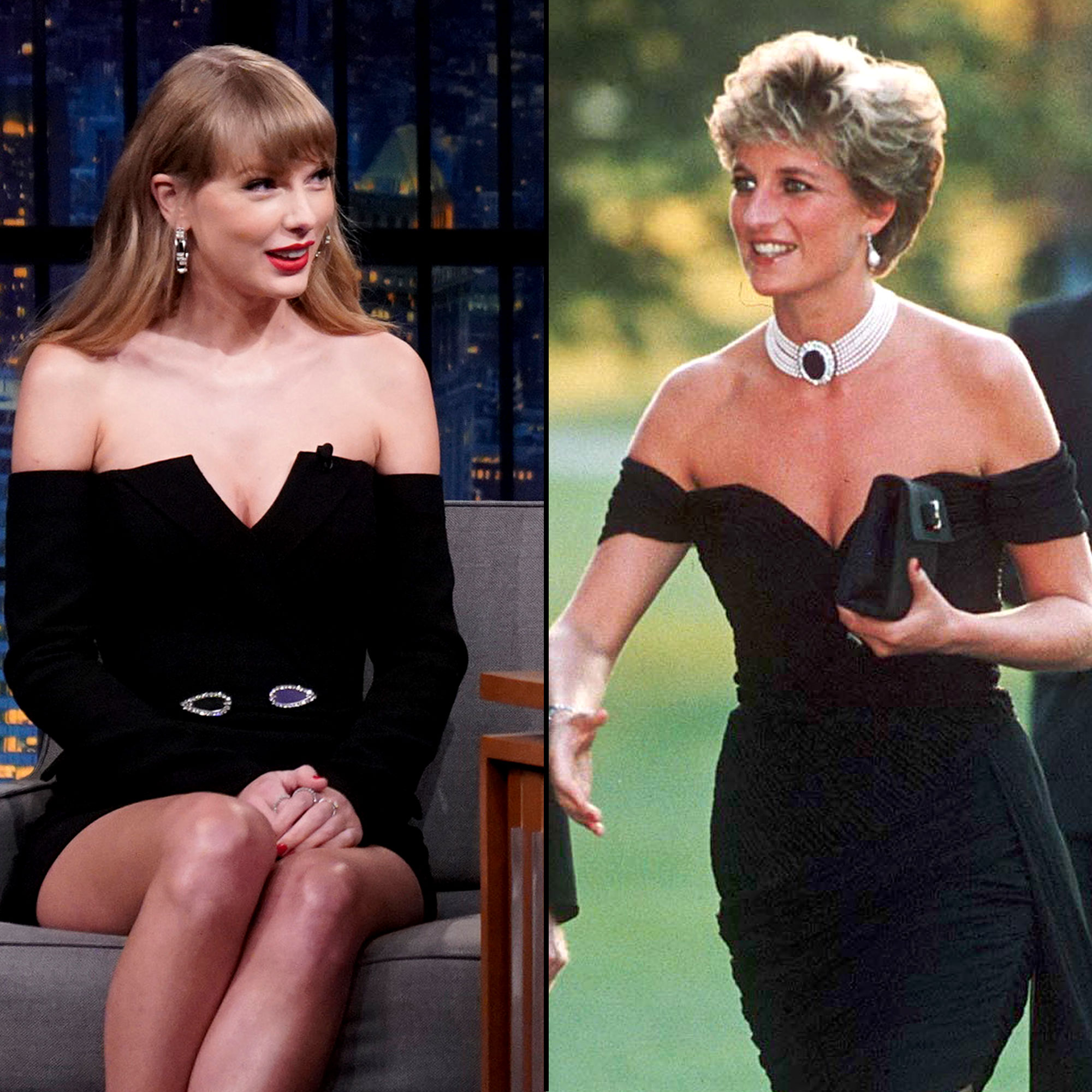 Hidden meaning?! Just hours before dropping her re-recored version of Red, Taylor Swift stepped out in a David Koma LBD that has very quickly sparked comparisons to Princess Diana’s iconic revenge dress, which she notably wore the day after Prince Charles publicly announced that he had cheated on her in 1994.

Now, from a fashion perspective, the whole look-a-like moment is actually pretty uncanny. Both the 31-year-singer and late royal’s looks have a small cutout at the neckline and an off-the-shoulder sleeve. They both featuring skin-hugging silhouettes. And they both paired their looks with classic black pumps (Swift wore Aquazurra) and pendant earrings.

But Swifties around the world have a feeling that the fashion choice for her Late Night With Seth Meyers appearance on Thursday, November 11, carried a bit more significance than simply wanting to make a style statement.

Not only is Red, which was first released in 2012, inspired by heartbreak, but the rereleased version is looked at by many fans as Swift’s “revenge” on Scooter Braun.

The 40-year-old music executive sparked a fued after he purchased the right’s to Swift’s first six albums in 2019. The rerecorded versions, along with never-before-heard Vault songs, are the Fearless singer’s way of reclaiming the rights to her music.

“Not Taylor Swift wearing the Taylor’s Version of ‘the revenge dress’ on @sethmyers,” a Twitter user wrote, while another added: “You really wore the revenge dress. Fucking hero.”

Others took to social media to call out Braun directly. “What Scooter Braun failed to realize is that there’s nothing Taylor Swift does better than revenge,” a user quipped. “I’m no die-hard Taylor Swift fan, but the revenge and karma Scooter Braun is getting bombarded with right now is absolutely beautiful and I’m all up for it,” someone else added.

Swift opened up about her feud with the media mogul in March 2021, upon announcing that she would be rerecording the six albums he purchased.

“Artists should own their own work for so man reasons,” she wrote via Instagram. “But the most screamingly obvious one is that the artist is the only one who really knows that body of work.”

The Grammy winner went on to release Fearless (Taylor’s Version) in April. The album, which is the most awarded country album in history, topped charts once again. However Swift has decided to pull the re-recorded version from Grammy and CMA Awards consideration.