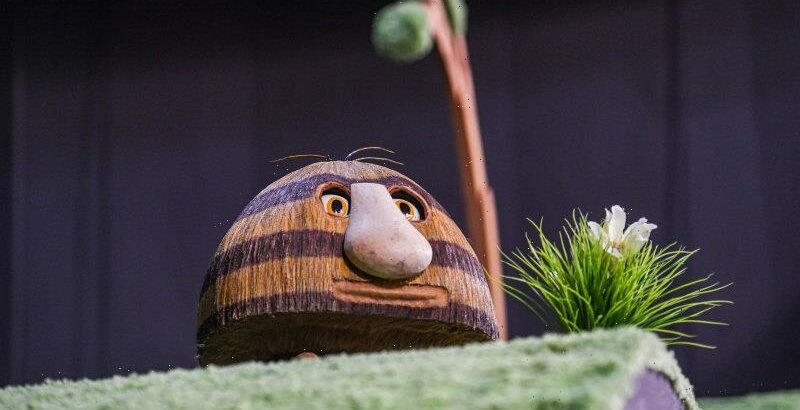 When author Ted Prior evacuated his home in northern NSW to escape the 2019 bushfires the only thing he took was the original artwork from his picture book character, Grug.

“I packed all the illustrations into the car and went to Newcastle with him in the back seat,” he says. “I thought, ‘What’s the easiest thing I can move at such short notice?’ And he is precious to me.” 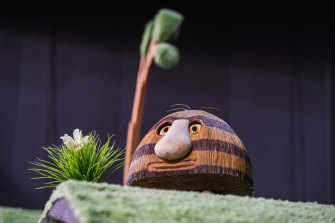 The unflappable Grug has been around since 1978. Credit:Peter Rae

Returning home, Prior was overwhelmed by the destruction of bush and property in his home town, Killabakh.

“When I first walked down to my little creek to start cleaning up, I saw this big tree that had been burnt in half, with the other half fallen over,” he says. “I looked down at my hand and I was physically shaking. I was just so stressed.”

His GP told him it was post-traumatic stress disorder, from which he has now recovered. But, although the house and studio Prior has lived and worked in for 18 years escaped the fires, the survival of native wildlife got him thinking.

Wanting to show how nature and bush creatures deal with bushfire, he turned to Grug again, creating Grug and the bushfire, the 35th picture book about the ever-curious, unflappable bush character he first drew in 1978 as a bedtime story for his two children. 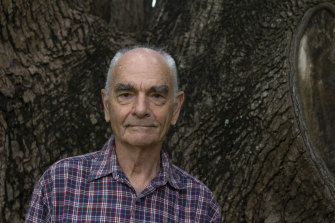 Ted Prior: ‘Grug himself is very childlike in the way he thinks and does things.’Credit:Eve Prior Shoebridge

“Grug himself is very childlike in the way he thinks and does things,” Prior says. “The little mini adventures he has in each story reflect the very simple activities that young children get involved in.

“But there’s also his close connection with the Australian bush. I think that’s very, very important. If one of the side effects of growing up as a young child with a Grug book is that it encourages you to remain interested and close to nature through your life then that’s the best thing that could happen.”

These themes run through Windmill Theatre’s Grug, a stage adaptation of Prior’s picture books, now showing at the Opera House. Using intricately made puppets built from reeds and wood, Grug’s puppeteers and performers guide the pint-sized adventurer through a multi-level set of fishponds, underground burrows, cake-making and first-time bicycle rides.

Grug, who sprang from the top of a burrawang tree, shows his fans how to solve problems creatively and view the natural world as something to respect, cherish and learn from.

Since the Grug series was re-published in 2009, Prior began noticing a different kind of fan lining up at his book-signing events.

“I’ve had all these older people coming up, people in their 20s and 30s, asking me to sign their own Grug books because they had such fond memories of their childhood,” he says. “And that really surprised me.”

Prior, who was a police officer before studying at the National Art School in Sydney, has retired after years lecturing in art in Newcastle and exhibiting his drawings, etching and sculpture. He hasn’t considered showing his original Grug drawings in a retrospective exhibition but thinks that could be wonderful.

“I always lived with visual images as a young child,” he says. “So for me, the visual image is the most important thing of all, far more important than language, or words.

“That’s a personal thing but I think that’s the great strength of picture books. When kids are learning to read, I’ve always intended this with the Grug books, the pictures tell the story.

“Whatever words I put in they’re just adding a little bit to it. So, the young child who can’t even read, can read a Grug book because of just the visual images.”

Back in Killabakh, the bush is regenerating at a wild pace. He feels fortunate to be so close to his beloved nature and is concerned about climate change, in particular gross consumerism.

“I think the number one thing, particularly for children, is to try and be close to nature,” he says. “If we’re going to revere nature, we have to feel a real closeness to it.

“If every single individual on the planet could physically be doing something to preserve and protect nature, however small, that would be great. Rather than waiting for politicians, or leaders of countries, to come up with some sort of overall plan.”

Grug is at Sydney Opera House until December 21.