Already spent hours dutifully writing yours? Prepare for the Grinchiest confession of all – ‘Why I put Christmas cards straight in the bin!’

This morning an envelope landed on our doormat — bearing an Edinburgh postmark — that will sit on a kitchen worktop until I eventually find the will to open it.

When I do, it’ll be over the recycling bin. That’s because it almost certainly holds a Christmas card, and I can’t stand the things. And I know this one will rile me more than most.

I’m almost certain it’s from an old school friend who I don’t hear from at any other time of the year. It’ll be personalised, with a family portrait professionally printed on the front.

Last year her three kids — all under ten — were dressed up as cute reindeer. Or was it mini-Santas? 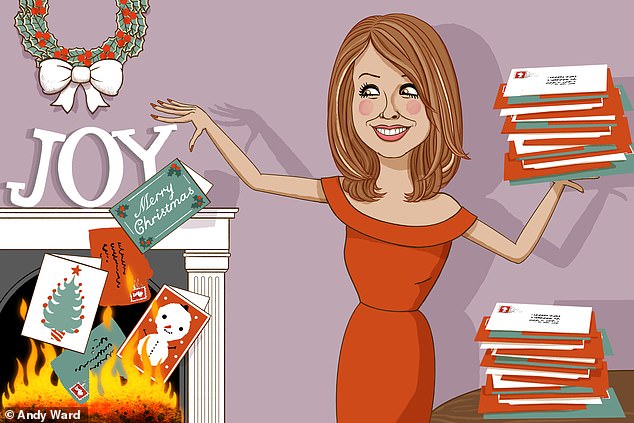 Who cares? All I know is that there’ll be more of the same on this one.

I also predict that she and her husband will flank them, wearing cosy festive jumpers, and that inside I’ll find a few lines filling me in on the headlines of her year.

‘Oh, just get lost!’ is probably not the response this pal was aiming for when she went to the trouble of posting this card to me.

But that’s the polite version of what I’ll say as I toss it into the bin with the weekend papers. It just feels so smug — seriously, who has the time?

Yes, I know, I’m being mean. My mum’s been telling me as much all my adult life, horrified that I’ve never sent a single Christmas card and don’t show gratitude for the ones I receive.

Not being from her generation, I don’t gauge my popularity by how many I get, or feel any need to line them up in my window for the neighbours to see.

I suppose, in that way, they’re a bit like social media for old people: the number you receive is the equivalent of how many followers you’ve got on Instagram.

But to me, Christmas cards aren’t just anachronistic, they’re also a waste of time, money and effort — not to mention the environmental impact they have. I’d rather just give some money to charity and avoid having to recycle them in the first place.

So every time one gets posted through our letterbox, I groan and wonder what’s wrong with wishing me a Merry Christmas by text or a message on WhatsApp? And into the bin it goes. 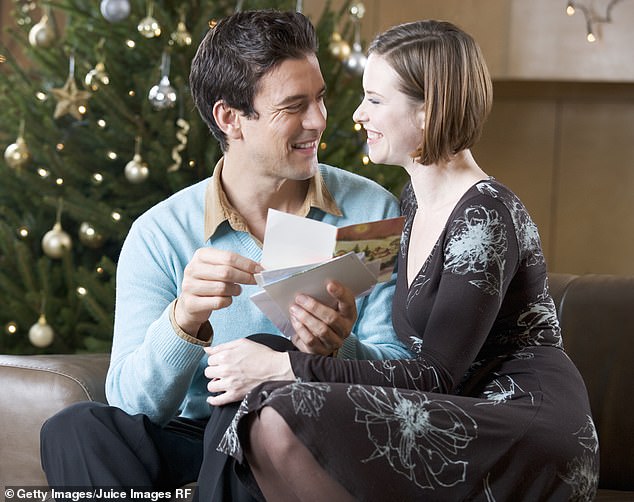 At least I open each card and read it, even if my response to the sender’s news might leave something to be desired.

Round-robin missives, for example, which contain an impersonal despatch about the lives of people I barely know, have me guffawing.

Am I really supposed to care about someone’s fight with the council over planning permission for their conservatory, or how many good behaviour stars their daughter got this term?

They used to arrive in their hundreds, but the numbers have inevitably diminished over the years as more sensible sorts do as I do and text or call with their Christmas greetings.

And yet, despite me never sending a single one back myself, still they come by the dozen. We’re only in the first week of December and I’ve already had about 20. Who takes that level of being ignored and keeps on sending them anyway?

I’m not a complete Christmas Humbug — I do send the odd festive text message; I’ve even been known to pick up the phone to wish a friend a Merry Christmas. But it doesn’t cost me a bean. I look at the cost of stamps — even the cards themselves — and wonder who in their right mind forks out so much on something people like me just don’t appreciate. 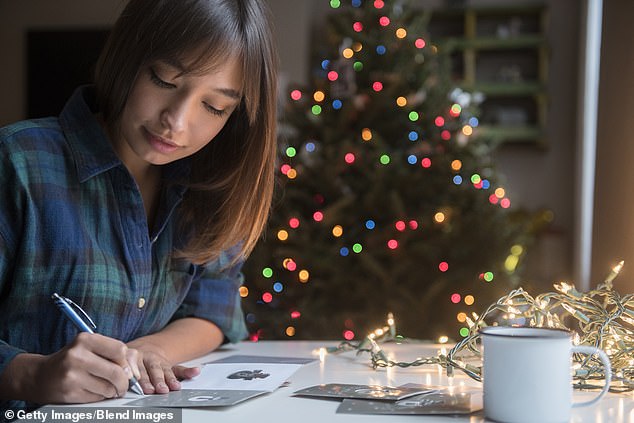 No wonder my mum despairs. Her approach to Christmas couldn’t be more different. She finds a spot for each one she receives, and the ones she sends always contain a personalised message for the recipient.

She tells me it’s a nice way to keep in touch with the people she doesn’t speak to the rest of the year. Optimistically, she suggests it’s a habit I might grow into. I tell her not to hold her breath.

OK, I admit it, there’s also a darker side to my objections, and especially when it comes to personalised cards. That’s because when I see those five cheery faces, I know I’ll start asking myself some uncomfortable questions. Such as, ‘How the hell did she get her husband and three kids to dress up for her, then all stand in the same place at the same, SMILING, without first threatening blue murder?’ And, ‘Does the fact I can’t be bothered to even try something similar mean I’m not as proud of my family as she is of hers?’

Which is, of course, beyond ridiculous. Just because I don’t feel the need to show them off to someone I haven’t seen in more than a decade doesn’t mean I’ve failed a test of familial devotion.

Even more annoying is the resentful admiration that takes over as I look around my house, full of the cluttered detritus of family life, and wonder where I’d find a clear space to stage a festive photoshoot. 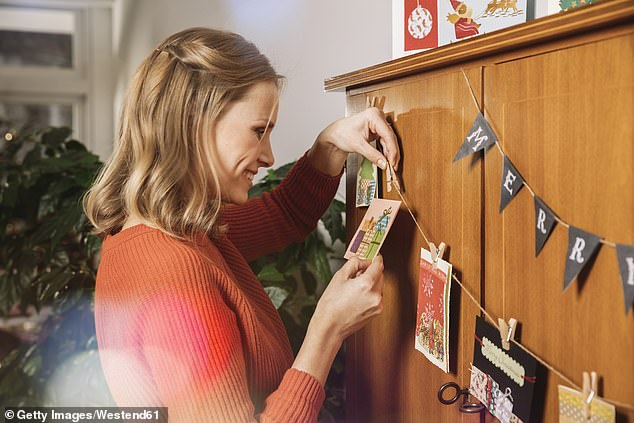 This friend’s home looks like something out of a glossy magazine. How does she do it?

I can only think she’s much better organised than me: I somehow shoehorn all the Christmas shopping, decorating and turkey-ordering in between ferrying the kids around, running my Happy Birth Club ante natal business and researching and presenting my LBC radio show.

Oh, and vacuuming up the glitter that falls out of cards the children bring home from school throughout December, which finally clogs up my machine on Christmas Eve, just when I need it most.

The cards they send and receive have already caused me enough trouble this year.

Last Sunday my youngest — seven-year-old Trixie — had a meltdown because she was terrified of offending one of her classmates by unwittingly leaving them off her Christmas card list.

I lost precious hours trying to track down a list of the names of the kids in her class (please don’t tell me I should know them off by heart). We wrote down everyone she could remember and racked our brains for who was missing.

In the end, seeing a seven-year-old with Christmas card anxiety was just too much. ‘Just don’t send any and then nobody gets upset with you,’ I pleaded.

Although I suspect her grandmother will have something to say about that.