HollywoodLife has EXCLUSIVELY learned why La La Anthony waited until after Carmelo’s NBA season was over to file for divorce — a decision that was a ‘long time coming.’

After 11 years of marriage, La La and Carmelo Anthony filed for divorce on June 17 — but there are no hard feelings between the two. While the impending separation comes with “mixed emotions,” the decision was reportedly a long time coming; multiple sources told TMZ that La La, 38, and Carmelo, 37, have been separated for a while now but remain great friends. Additionally, La La even waited until after Carmelo’s NBA season to file the papers, citing irreconcilable differences, so not to “disrupt” his season. 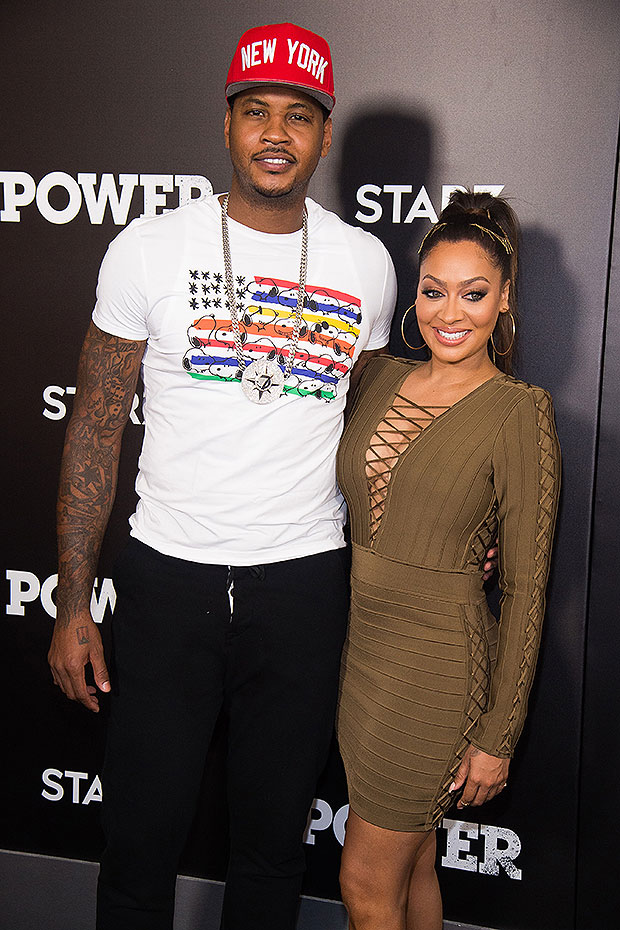 “This was a long time coming and La La wanted to have everything figured out before she filed,” a source EXCLUSIVELY told HollywoodLife. “She didn’t want to disrupt his NBA season and wanted to do it at a time where they all can ride out the next few months to get through it all.” According to the insider, the decision came from a place of “maturity.”

“Now that is happening, a tremendous weight has been removed from all their backs and they are just looking forward to moving forward,” the source said. “They don’t anticipate this all to be very dramatic, that is both their hopes during this sad time.” Of course, the divorce has resulted in “mixed emotions” — but it’s all very bittersweet. The source told HL, “As much as they don’t want to use the word bittersweet, that is what it has come down to for them.”

“They have been and will continue to live their lives for their son and will be a very cohesive unit when it comes to parenting but they have to live for themselves,” the source continued. “They have grown apart and are just different people than where they once were.”

The lack of drama has been apparent. The two reunited over the weekend on June 19 to cheer on their son Kiyan, 14, at a basketball game in Miami, Florida. Lala and Carmelo, who wed in 2010, were photographed together from the sidelines looking like proud parents, intensely watching the game and keeping up with the score. The following day, La La paid tribute to Carmelo for Father’s Day, sharing a photo of him and Kiyan from the game on Instagram Story. “Happy Father’s Day Mel,” she wrote. “Kiyan is blessed to have you as his dad.”