Revealed: Why you should always buy the most EXPENSIVE pasta at the supermarket, according to an Italian chef (and it’s because the texture will be better)

Pasta is not only delicious but incredibly cheap to cook at home, with packets available for pennies at every supermarket.

But one Italian chef has advised home cooks to reach for the most expensive varieties when shopping for groceries – because it will make the texture of your dishes better.

Louis Tomzcak, a chef at Beebe’s Italian restaurant in New York City, said that pricier pasta is made with better ingredients using more expensive production methods that makes the texture of the pasta rougher.

Rough pasta clings onto sauces much better, improving the taste of your dish, he says. 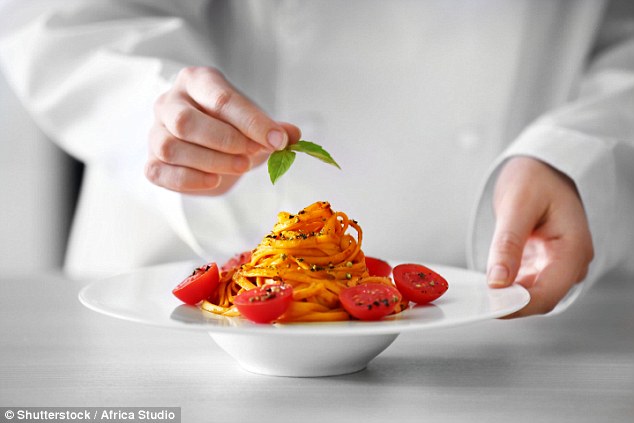 He told The Independent: ‘More expensive pasta is made with higher quality flour and often extruded through brass and bronze pieces, which makes the texture rough.’

He added: ‘The rough texture is better for holding onto sauces.’

It is extruding pasta through bronze pieces that is the key to top-quality pasta, with magazine Epicurious calling it the ‘gold standard’ of Italian pasta.

The bronze pieces ensure the texture is rough, which allows for pasta to hold onto sauces better. 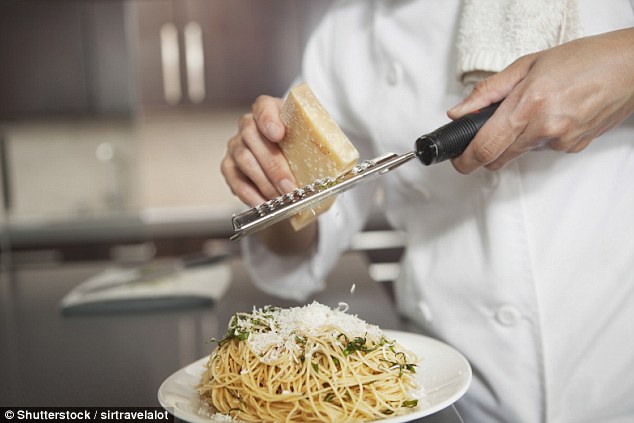 Italian food blogger Natalie Kennedy, from Rome, who writes the An American In Rome blog, says that you shouldn’t add too much Parmesan to a pasta dish as less is more and the cheese could overwhelm the other flavours

Mass-produced pasta, on the other hand, is extruded through cheaper metals such as aluminium, which results in a smooth surface that won’t cling onto sauces as well.

If you want to make your homemade pasta dishes really sing, stop draining the pasta water after cooking.

Italian food blogger Natalie Kennedy, from Rome, who writes the An American In Rome blog, revealed to FEMAIL that a splash of pasta water helps bind a sauce together.

She also advised that cooks never break the pasta before boiling it as true Italians eat spaghetti by twirling the full length of pasta into bite-sized packages.

In addition, it is an urban legend that Italians throw pasta against the wall to check when it’s ready as Italian cooks simply taste a bit to test if it is al dente before quickly draining it.