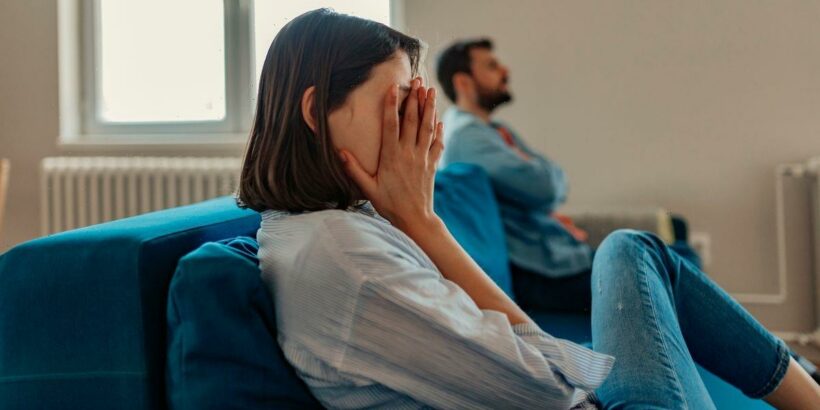 A man revealed his wife kicked him out of their bedroom after he branded her a 'cheapskate'.

However, many told him he was in the right over the spat.

The guy told his wife she was embarrassing him and their kids with her money-saving ways.

And things came to a head after she brought food to a restaurant on their son's birthday.

However, she thinks she's in the right.

Taking to Reddit, the guy said: "My wife, 42, has started wanting to save money and it's starting to annoy the kids.

“She will buy meals to bring to the restaurant to be microwaved. We have gotten looks before and it's always turned down. It results in her making a fuss and will be asked to leave. “I have told her that she needs to stop and that when we go out, I am fine with her ordering whatever she wants. I normally pay for the groceries, the bills, and food that we eat out.”

The hubby said he had to say something when they went out to eat for their son’s 12th birthday.

He added: “My son was turning 12 and he wanted to eat out at his favourite steakhouse. I did ask that my wife not bring any of her meals along to the restaurant.

“We arrived at the restaurant and sat down at the table. My wife gets up to use the bathroom and we order our drinks. When the drinks arrive, we give the waiter what we want to eat and my wife orders a small salad. “The waiter comes back over with a meal and says Ma'am, we can't warm this up for you. I see my son and daughter both look embarrassed, and I apologise to the waiter.

“My wife spends the rest of the dinner staying silent and wouldn't touch the salad she ordered.”

Revealing what he said to his wife after, he said: “I told her that she was in the wrong for bringing a meal when I asked her not to. She started to argue back that eating out is a waste.

“I then said well, you embarrassed everyone, including our kids. She asked me to leave the bedroom and I am now staying in the guest bedroom.”

Many agreed his wife was acting strangely as they gave advice.

One said: “I would suggest that you look into your finances in detail ASAP. Something is triggering your wife to act in this way. Look at external causes first.”

While another added: “Your wife is acting odd. Is it possible she's hiding a major debt from you? Any chance she would be laid off soon?

“If you haven't by now, check ALL of your financial accounts to make sure she didn't drain them and all of this odd behaviour isn't an attempt to replace it before you notice.”