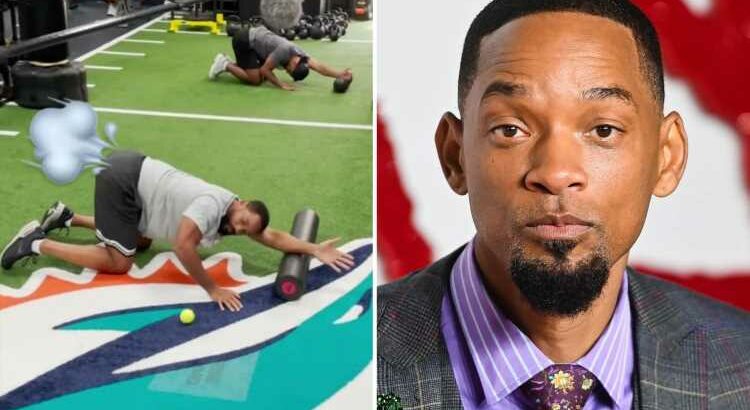 WILL Smith accidentally FARTED on camera during a workout with the Miami Dolphins.

The 53-year-old actor shared a hilarious video of the incident on Thursday. 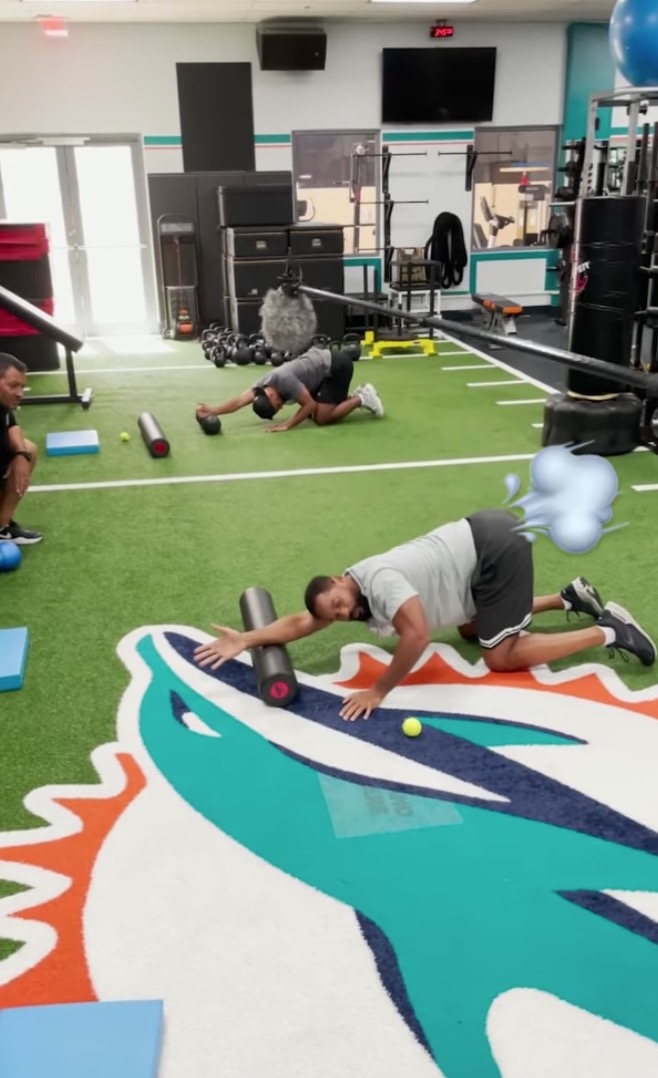 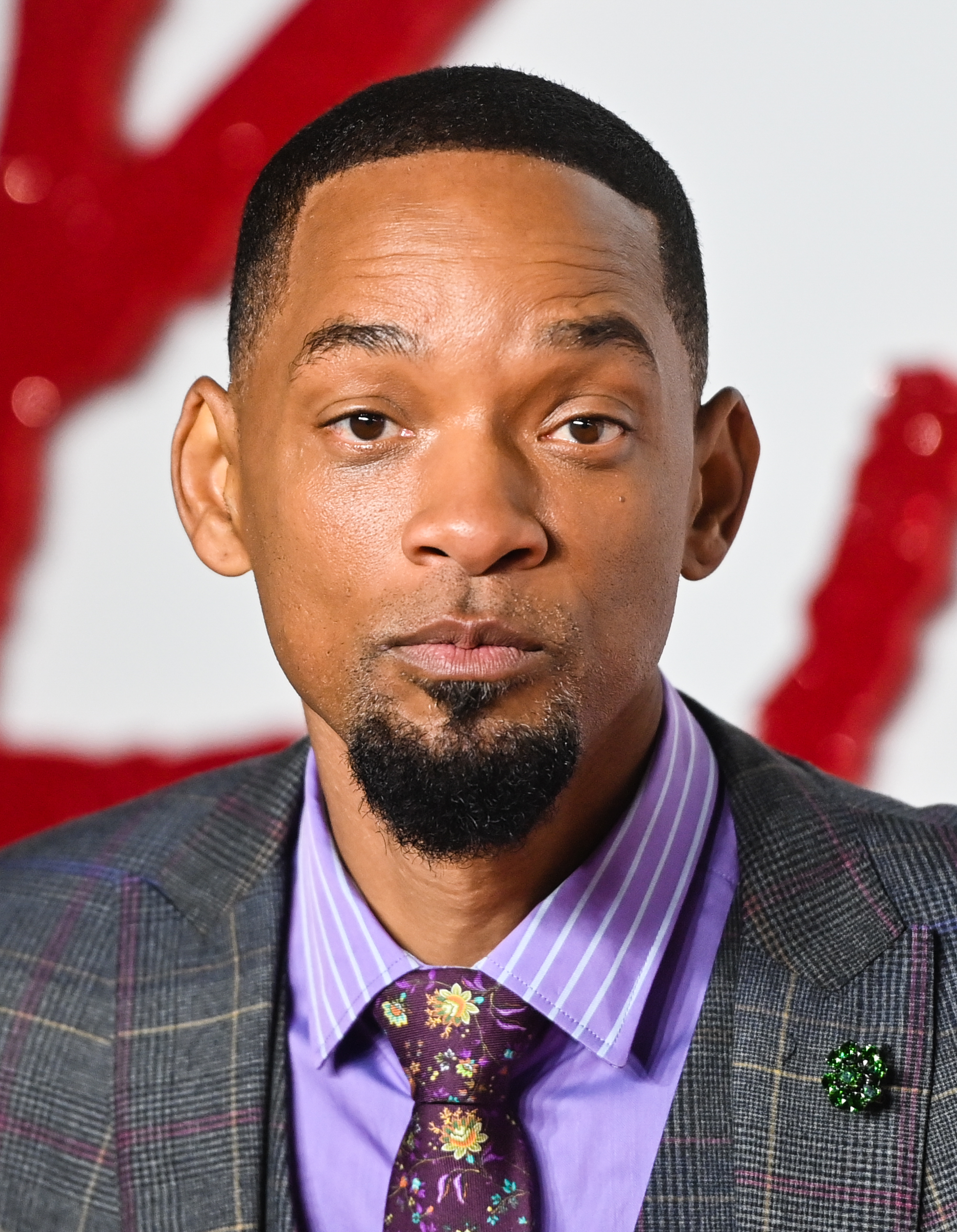 In the Instagram video, Will was seen using a foam roller as he sat on his knees and stretched out his arms.

Text on the screen explained that his “training with the Miami Dolphins was going great.”

However, chaos ensued when his “morning coffee snuck up” on him.

Will then farted during the workout, which led everyone in the room to laugh.

He quickly acknowledged the fart, saying: “Sorry about this.”

After he apologized again, Will jokingly asked: “You have showers in here?”

Most read in Celebrity

The actor continued to poke fun at the incident by captioning the Instagram video: “They said to relax ALL my muscles.”

Will shared the funny clip shortly after his son Jaden Smith, 23, revealed he “gained 10lbs” after Will and wife Jada Pinkett Smith, 50, held an intervention.

During a December episode of his family’s Facebook show, Red Table Talk, Jaden appeared as a guest to give an update on how he’s been doing.

While originally upset about Will and Jada openly discussing the intervention with the public, the Karate Kid actor said it all ended up working out and he’s “definitely” been feeling a lot better.

He said on the show: “I was able to work with the doctors and really get my vitamins and get my supplements and protein shakes.

“That’s half of my diet. It’s like a password that I have to find to my body.”

Jaden revealed he’s “10 pounds heavier now” than he was when his family voiced their concerns in 2019.

He added: “I feel like I’m keeping on my weight. I’m able to put on my muscle.”

Noting that he’s happier with his appearance now compared to his thin frame in April 2019, Jaden said: “I just was just, like, bones.

“I thought I was so tight! I was like, ‘This. I’m swagging on this. Like, I need to take off my shirt right now.’”

The rapper continued: “I was just eating, like, two meals a day … maybe one.

In late 2019, Jada said that she and Will “realized he wasn’t getting enough protein, he was wasting away.”

She added that her son “just looked drained, he was just depleted, he wasn’t getting the nutrients” he should’ve been getting.

Will said he was extremely “nervous” because he would always see “dark circles” under his son’s eyes and his skin had a “grayness” to it.

In addition to Jaden, Will and Jada also share daughter Willow, 21. 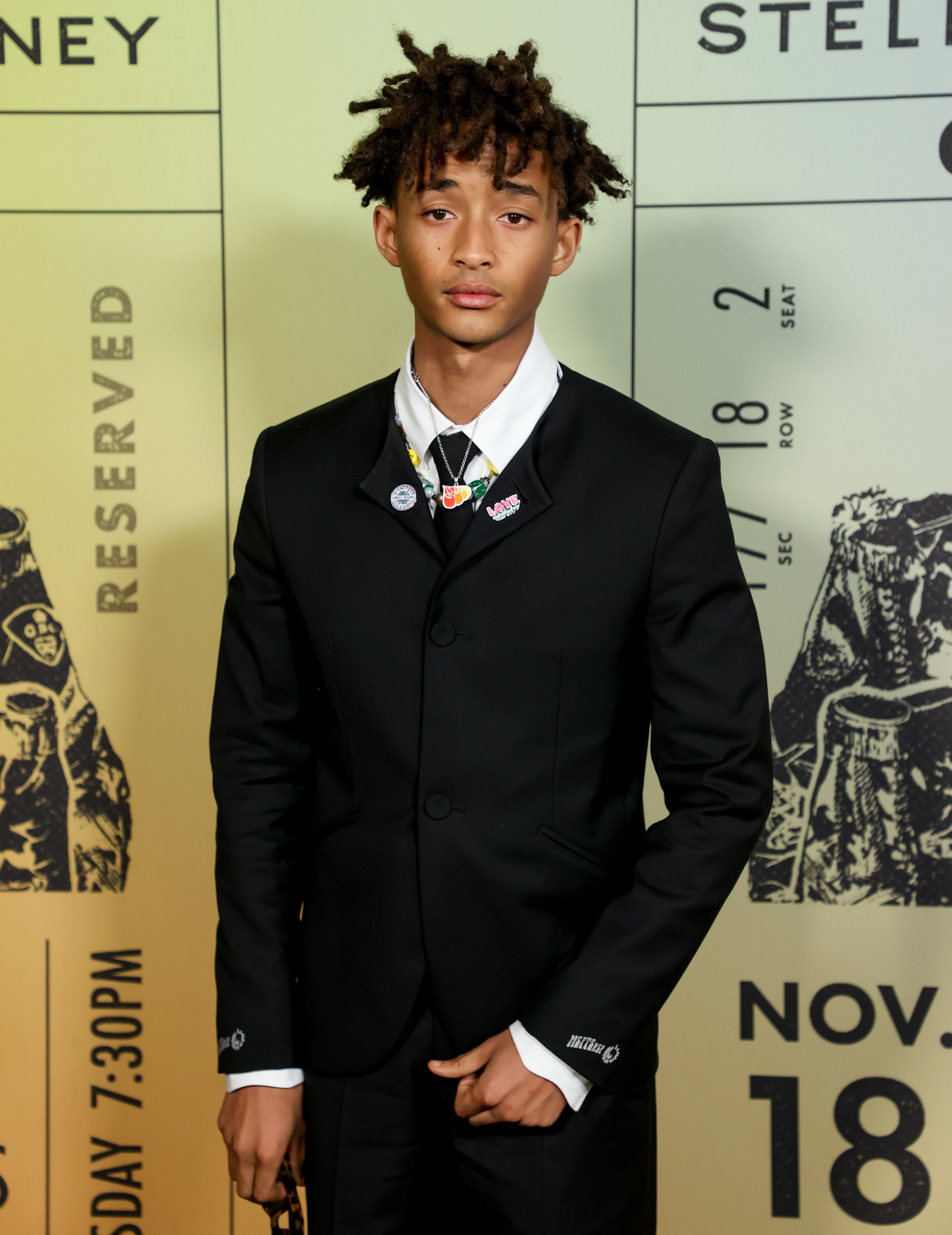 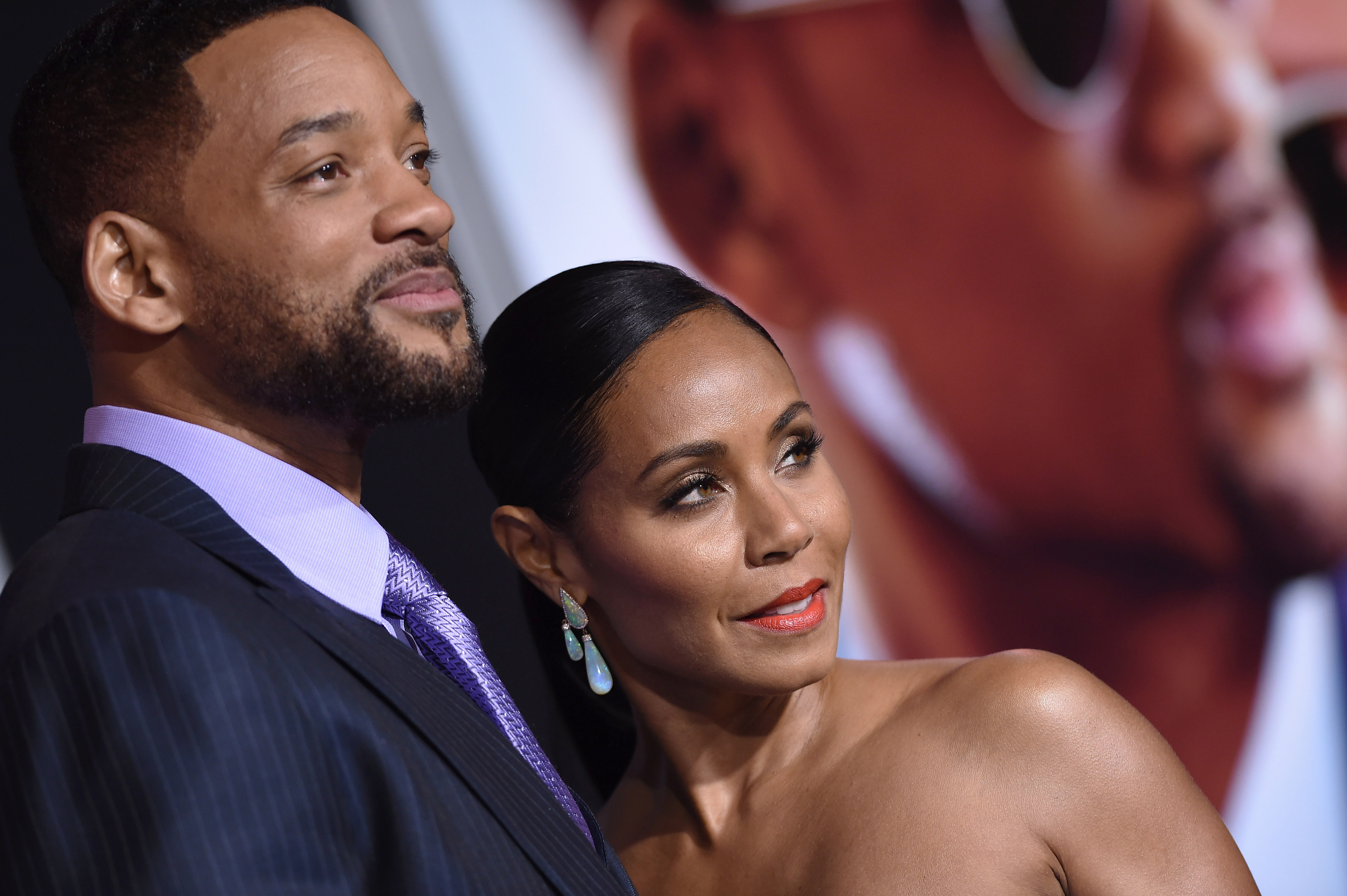 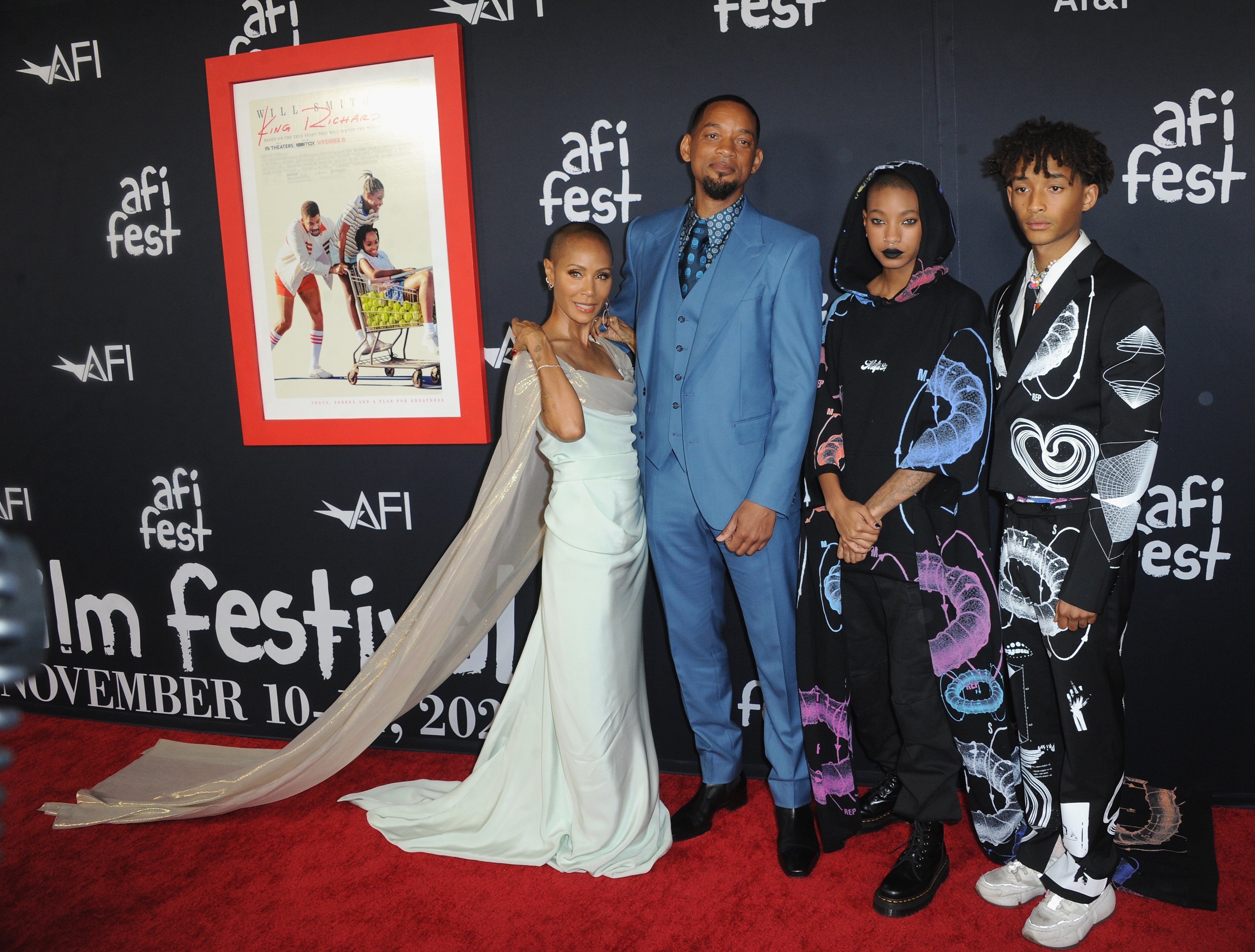