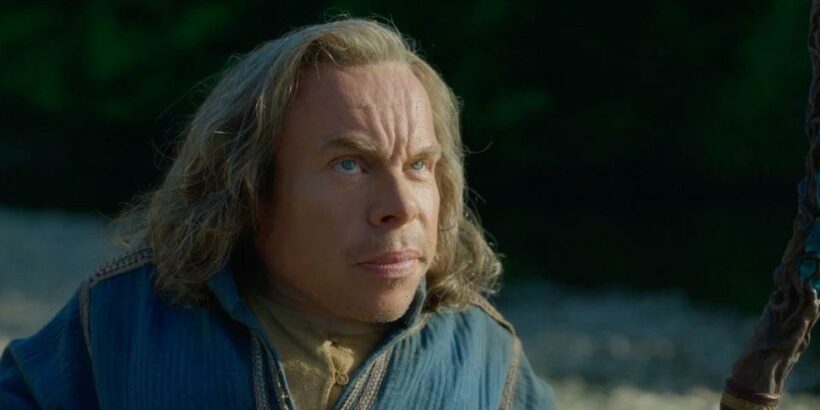 Lucasfilm has released the first trailer for “Willow,” the Disney+ series that serves as a sequel to the 1988 fantasy film of the same name.

The company revealed the first look during its Star Wars Celebration event, with star Warwick Davis, Jonathan Kasdan and the original film’s director Ron Howard, as well as some of the film’s all-star cast, were on hand to make the big announcement, alongside Lucasfilm president Kathleen Kennedy.

“It’s a dream to return to this character,” Davis said onstage. “Making this movie was one of the best experiences of my life.”

Davis’ Willow narrates much of the trailer, reintroducing viewers to the mystical world of the original film.

“There is a balance between all things — light and shadow, good and evil,” Willow says. “When that balance is upset, the universe corrects. … Into the unknown, that’s where we must go.”

Davis starred in the original 1988 “Willow,” alongside Val Kilmer, Joanne Whalley, Billy Barty and Jean Marsh. The film followed Davis’ Willow, a dwarf and aspiring sorcerer, who is reluctantly drawn into a quest to protect a special infant who is prophesied to overthrow an an evil queen. The new series’ cast includes Ruby Cruz (“Mare of Easttown”), Erin Kellyman (“The Falcon and Winter Soldier”), Ellie Bamber (“The Serpent”), Tony Revolori (“Spider-Man: No Way Home”), Amar Chadha Patel (“The Third Day”) and Dempsey Bryk (“The Birch”). Kasdan, who previously teamed with Howard and Lucasfilm for “Solo: A Star Wars Story” developed the series and wrote the pilot episode. The series begins streaming on November 30.

The Ron Howard-directed film was a joint production venture between Lucasfilm, MGM and Imagine Entertainment. The film grossed $137.6 million worldwide against a $35 million budget, going on to have a lucrative run on home video. The film received two Oscar nominations in the categories of best sound editing and best visual effects.

The Disney+ series “Willow” hails from Lucasfilm and represents the first non-“Star Wars” venture from the company since its acquisition by Disney.

“Crazy Rich Asians” and “In the Heights” director Jon M. Chu is helming the pilot and executive producing the series. Kasdan and Wendy Maricle serve as showrunners.

The “Willow” trailer is one of the many reveals featured during Thursday’s Star Wars Celebration event. Other major reveals include a full-length trailer for the upcoming “Andor” and “Ahsoka” series, “The Mandalorian” season 3 and news about “Obi-Wan Kenobi,” which debuts May 27 on Disney+.