Ironically, Winnie Harlow didn’t become a top model from being on America’s Next Top Model.

In 2014, she competed in Cycle 21 of the CW series; host Tyra Banks had discovered her on Instagram and invited her to be one of 14 finalists vying for the title. Then known as Chantelle Young, Harlow was eliminated in the second week. She participated in a side competition, where she received the highest public vote average out of the eliminated contestants, allowing her to return to the main competition. Harlow was later eliminated again, placing sixth overall.

Harlow went on to model for Desigual and Diesel, becoming one of the most successful models in the series’ history. On his late-night show Tuesday, Andy Cohen noted she did “great” in the competition, but said she “really broke through” after Cycle 21 ended. In response, she said she was surprised by the lack of opportunities the exposure gave her. “[My success] started after the show, ’cause that really didn’t do anything for my career…which, it doesn’t do anything for any model’s career, realistically,” she said. “A photographer from London hit me up—major photographer Nick Knight—and he was like, ‘Hey, I’ve seen your photos online, and I want to do a shoot with you.’ It went viral, and I got campaigns from there, and it hasn’t stopped since.” 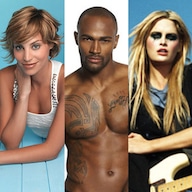 Ranking Every America’s Next Top Model Winner: Who’s on Top?

When she agreed to do America’s Next Top Model, the 23-year-old said, “I thought, ‘That’s going to be a career starter.’ But it was really a reality TV show. That’s not what I signed up for.”

“It’s almost like you made it in spite of the show,” Cohen pointed out.

“I wouldn’t like to say that,” Harlow said, cocking her head to the side. “It’s still a part of my history, and I’m really grateful for everything that I’ve done to get where I am. But…you know.”

(E! and Bravo are both members of the NBCUniversal family.)