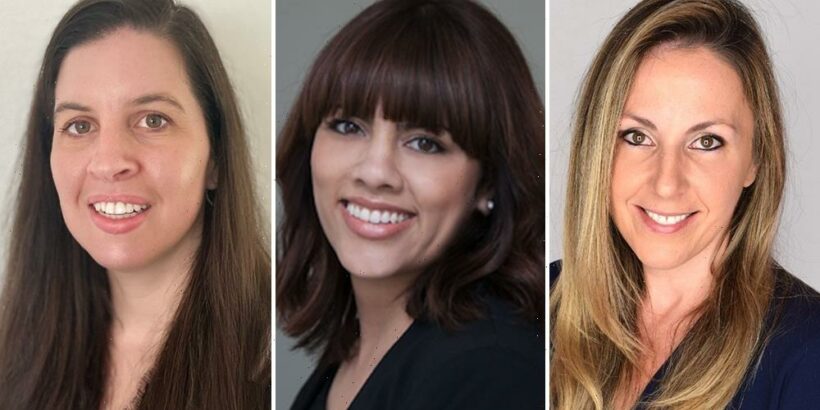 Division co-heads Deborah McIntosh and Alex Walton announced on Monday the arrival of Julia Harris as senior vice president of business affairs, Melissa Martinez as vice president of marketing, and Victoria Romley as an agent focused on international distribution. All appointments are effective immediately.

“Julia, Melissa and Victoria each bring unique perspective to the team, and we’re excited to continue the growth of this team with these hires” said McIntosh and Walton. “As we continue to evolve, each of these talented executives will ensure we are best positioned to serve our clients and their projects.”

WME Independent was formed in September 2021 when McIntosh and Walton joined the agency from Endeavor Content.

Harris joins the company from Tubi, where she served as associate general counsel. Prior to that, she was SVP of worldwide business Affairs at Miramax, where she helped run film sales business affairs for both international and domestic distribution. She’s also held positions at MGM and Paramount (where she began her career). At WME, she will focus on advising for domestic and international film finance, sales and distribution.

Martinez previously consulted for the talent relations and  awards team at Netflix, focusing on Latin America and Spanish-language content, helping shape the campaigns for three of Mexico’s recent Oscar submissions: “Roma,” “I’m No Longer Here” and “Prayers For The Stolen.” Prior to Netflix, she served as SVP for  international marketing and publicity at Lionsgate, overseeing the international campaigns for “The Hunger Games” and “John Wick” franchises, as well Academy Award-winning films “12 Years A Slave” and “La La Land.” At WME, she will oversee marketing and publicity for the upcoming slate.

Romley joins the group as an agent focused on international distribution and acquisitions for in-flight sales business. With over a decade of experience, she previously served as a director in international Distribution at Lionsgate working across that entire slate.

In its young life, WME Independent has been involved with prestige films like Maggie Gyllenhaal’s Oscar nominee “The Lost Daughter,” and Rebeca Hall’s acclaimed “Passing.” They are representing three titles at this year’s Cannes film festival: “Joyland,” “Triangle of Sadness,” and “Moonage Daydream.”