German woman yet to have sex aged 36 has successfully AUCTIONED her virginity online for €250,000 – and says her age drove up the bids

Mandy, from Germany, who works as a flight attendant, enlisted the help of Cinderella Escorts to sell her body online after coming across the website in a newspaper, and the lot has been purchased by an anonymous businessman in Munich.

The aspiring singer, who said she realised the ‘right man’ she’d been waiting for might never come along, told FEMAIL of abstaining from sex: ‘It’s like the casino – you have to know when to stop.

‘I could go on for years telling myself that I only have to wait another year to meet the right guy.’

And Mandy, who has said she intends to use the proceeds of the auction to boost her career and help her family – leaving some over for charity – said she thought her age drove up the bidding on her virginity.

‘Every woman can only lose her virginity once,’ said Mandy, who will meet the successful bidder to complete the transaction next month.

‘But if she has kept them for a very long time, it makes the pleasure all the more valuable.’ 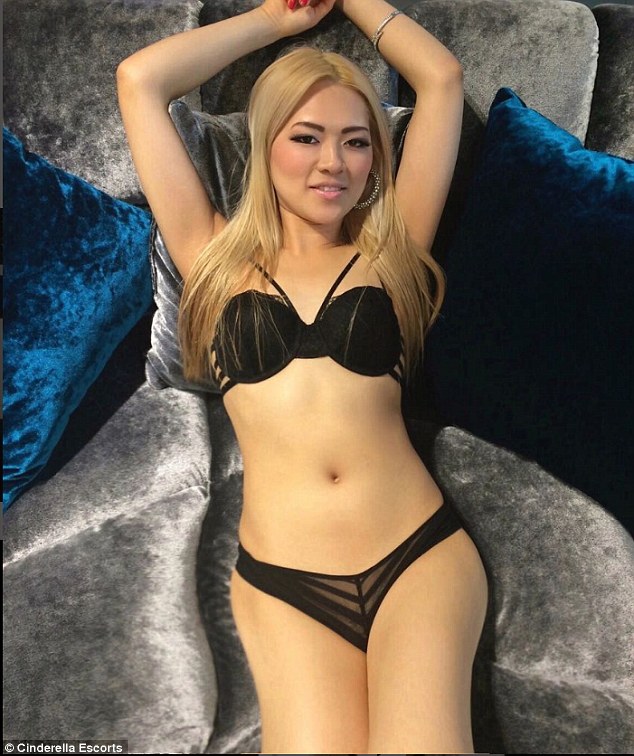 Mandy, 36, who lives in Germany, enlisted the help of Cinderella Escorts to sell her virginity, and has successfully sold it for €250,000 (£223,000) to an anonymous businessman

Speaking exclusively to FEMAIL Mandy said: ‘I never met the right guy. I focused on my career. It just didn’t work out sometimes.’

The flight attendant says she still hopes to meet her dream man after the sale.

‘I didn’t give up hope of meeting the right guy someday,’ she said.

‘But if he loves me, he’ll accept me without me being a virgin any longer.’

The second highest bid for Mandy’s virginity came from a lawyer at €240,000 and the third was from a football Player from Munich at €200,000.

Mandy said she had grown sick of wondering when she might finally have sex for the first time.

Explaining why she was yet to have sex at 36, Mandy says that her career has kept her too busy for relationships, and that she decided to lose her virginity as she had become sick of waiting 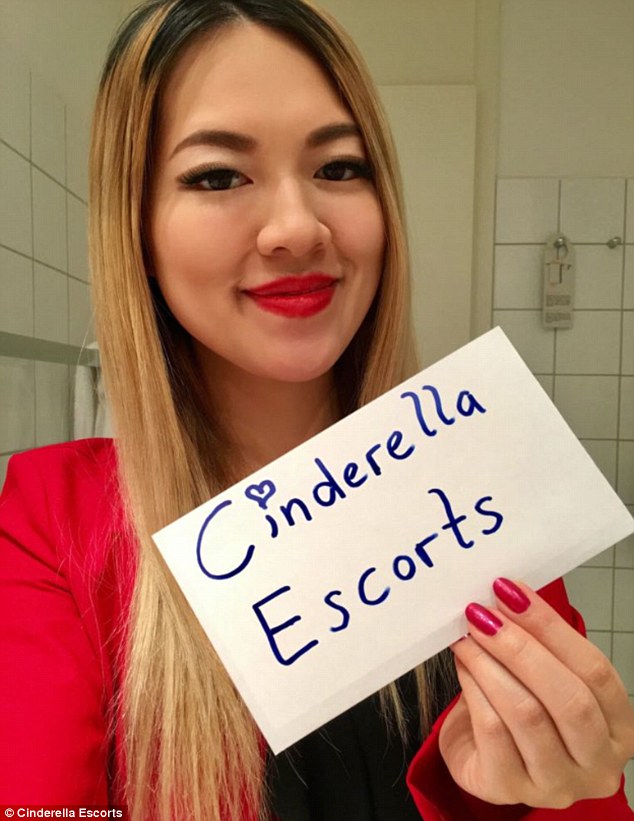 Single Mandy has now sold her virginity for €250,000 to the anonymous business man from Munich, claiming that her age has made her more valuable- and Cindarella Escorts will get 20 per cent

‘You have to know when to stop. I could go on for years telling myself that I only have to wait another year until I meet the right guy.

‘The years would go by and I’d only lose time. I think I’m doing the right thing.’

Asked what her parents make of her decision Mandy told FEMAIL: ‘If my parents still do not recognise me as an adult woman at 36 and respect my decisions, then this would be very disappointing.

‘My friends actually envy me. They regret losing their first time to a guy who left them instead of getting so much money for it.’

Website founder Jan Zakobielski, who runs the business from Dortmun, Germany, previously likened a woman’s virginity to a ‘very old wine’ or a ‘luxury car.’ 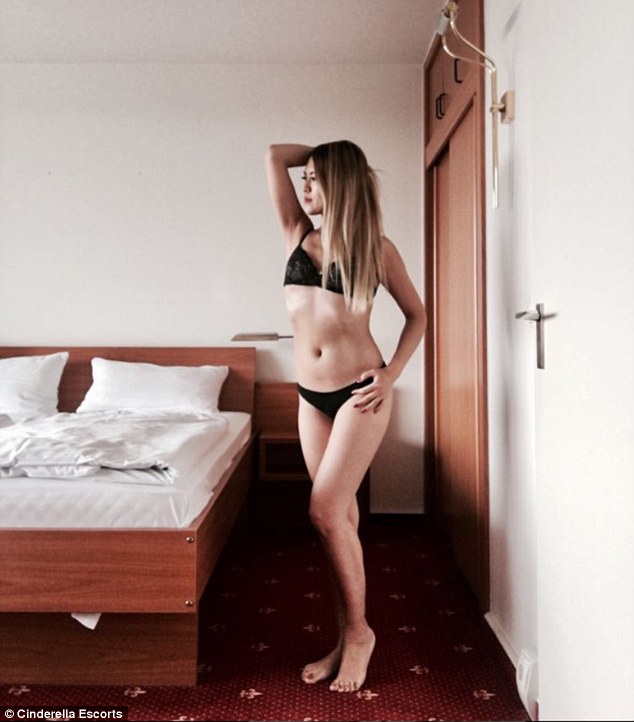 Mandy has revealed that the second highest bid came from a lawyer at €240,000 and the third was from a football Player from Munich at €200,000 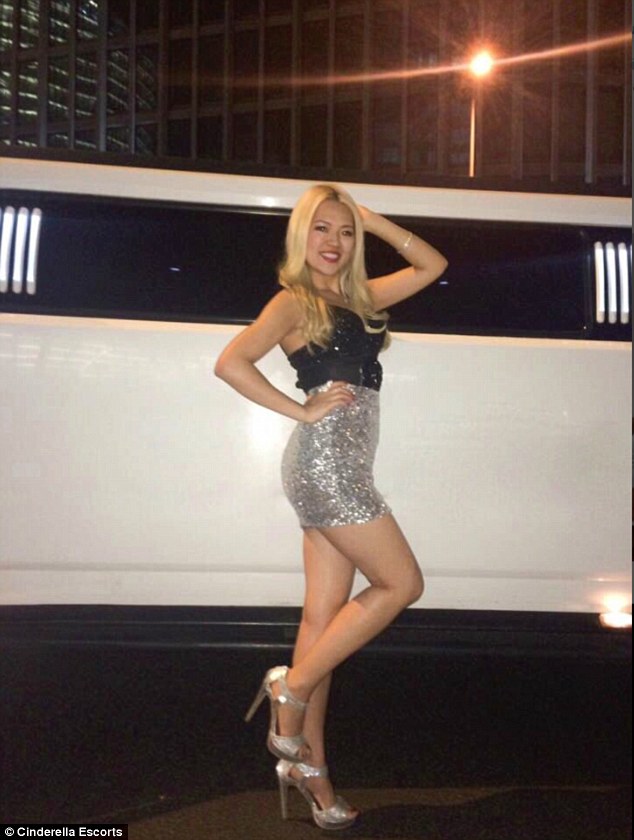 Mandy says that she came across Cinderella Escorts, who are famous for auctioning off women’s virginities, in a newspaper and decided to give it a go

Many said of her impending meeting in September: ‘Knowing that after 36 years of my life I will lose my virginity is hard to describe. I never found the right man.’

Mandy says that having sex for the first time in her life will come as a relief.

‘At some point, my virginity just felt like a burden. Everyone talked about it. Society made me feel different. That it’s not normal to be a virgin at 36.

Mandy says that having sex for the first time in her life will come as a relief, admitting that it felt like a ‘burden’ and she was made to feel ‘different’ by society

‘But I think that’s what makes my virginity so valuable. I’ve kept [it] for 36 years and I can only give [it] away once.’

Mandy says that she came across Cinderella Escorts – famous for virginity auctions -in a newspaper.

She said: ‘In the newspaper it said it is the most famous escort agency in the world and girls sell their virginity for millions and I applied. I did not reach these record sums, but I am happy with €250,000.’

She added: ‘I think most people would rather take the money than spend their first time with a guy who’s probably left them a long time ago.

‘And anyway, I won’t let anyone tell me what I can and can’t do with my body. I am an emancipated woman and part of this movement of women who break the last taboos of our society.’