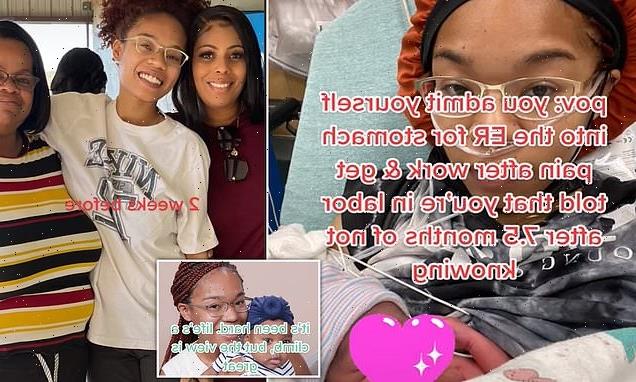 A woman who admitted herself into the ER after she experienced stomach pain was stunned to find out that she was actually pregnant and in labor.

Britt Nicole, 23, from San Francisco, California, took to TikTok to reveal she had given birth to a surprise baby after spending more than seven months unaware that she was expecting.

The 23-year-old explained in the viral video, which has garnered more than two million views, that she decided to go to the hospital one day after work after she began to feel unwell. 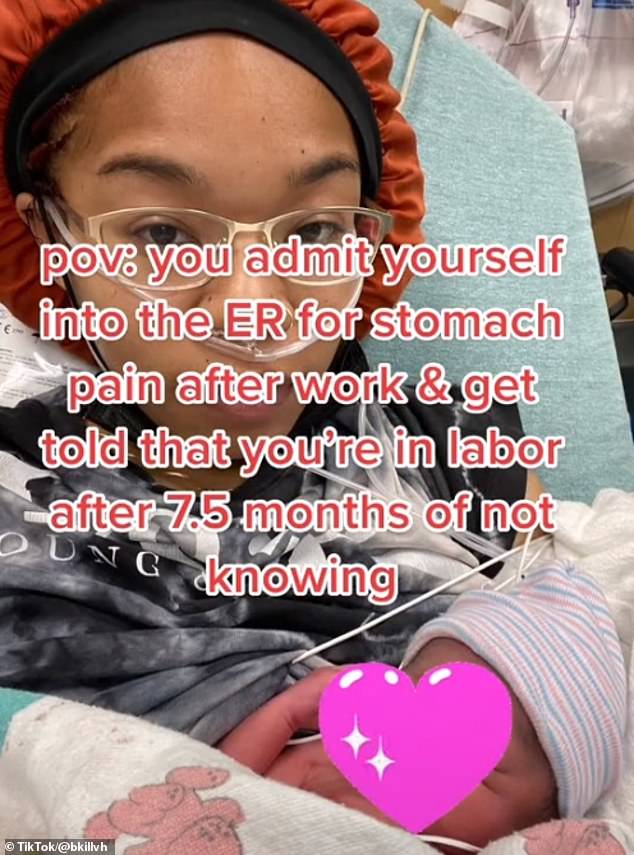 Britt Nicole, 23, from California, admitted herself into the ER after she experienced stomach pain found out she was pregnant while in labor 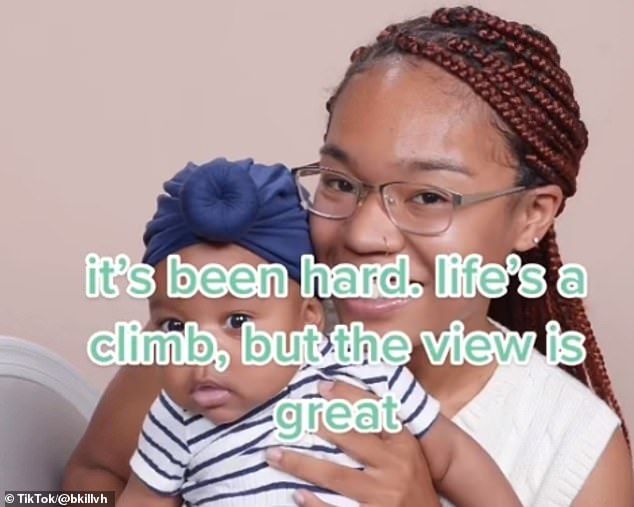 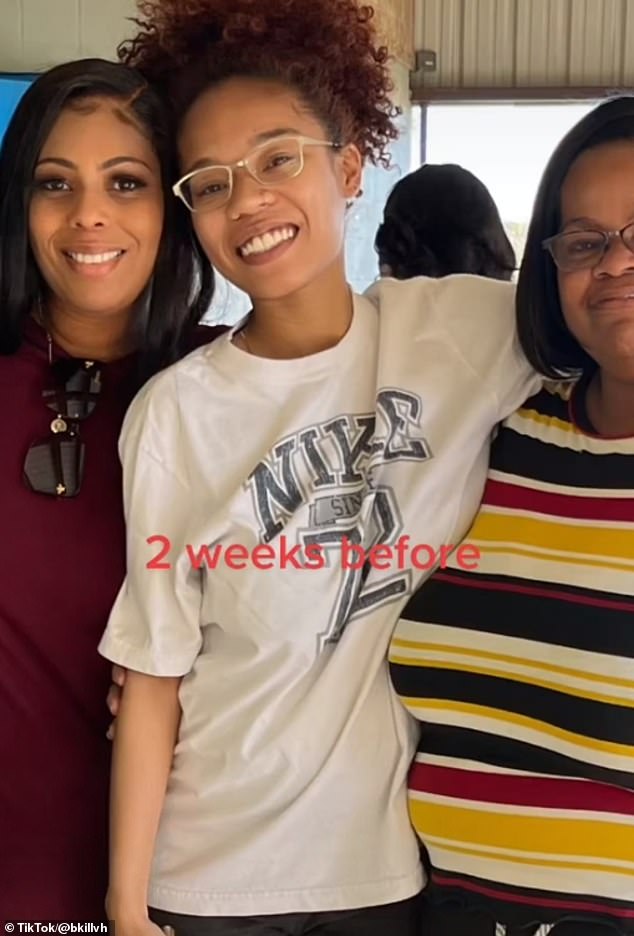 i don’t think you can realize how traumatic this actually was and is. certain emotions come & go but at the end of it all, i’m grateful for HER. (if you know me, surprise🥸) #greenscreenvideo #greenscreen #crypticpregnancy #pregnancytiktok #pregnancy #babytok #girlmom #ppd #postpartum #unknownpregnancy #newmom #motherdaughter

She was then told that she was seven and a half months pregnant and was about to give birth, and that she had experienced something known as a cryptic pregnancy – when a woman doesn’t know she is having a baby until very late in the pregnancy or even until birth.

‘POV: You admit yourself into the ER for stomach pain after work and get told that you’re in labor after seven and a half months of not knowing,’ she captioned her viral video.

Britt explained in the clip she had no idea she was pregnant as she has struggled with irregular periods all her life, adding that her weight only went from 110 pounds to 115 pounds throughout her pregnancy.

She stunned viewers when she showed photos of herself in the days before she gave birth, none of which showed a baby bump.

In a follow-up video, she explained that she suffers from anxiety and depression, stating: ‘I’ve had a lot of other things to factor in and a lot of things that was already occurring to me.’

She added that she experienced ‘stomach twitches’ and ‘gas’ prior to her pregnancy, so she assumed anything she felt in her stomach was just more of that.

And to add to viewers surprise, Britt revealed that she discharged herself and went to work the next day, without ever telling her manager what happened.

‘My daughter was born a little bit before 2 am,’ she said.

She added that she ‘couldn’t process any pain’ because she was in ‘shock.’

Britt did tell her manager she was in the emergency room the night prior, but said it was because she ‘wasn’t feeling good’ and didn’t reveal she had given birth.

‘I gave my manager a note that was like, I’m not going to be here for my next few shifts,’ she continued.

‘I just stopped going to work because I have more important stuff going on.

‘The words I had a baby could not come out of my mouth, [it] was a movie scene to me.’

According to AmericanPregnancy.org, a cryptic pregnancy, also known as a stealth pregnancy, is when a woman doesn’t know she’s pregnant either because testing methods fail to detect the pregnancy or she doesn’t notice she is experiencing symptoms of pregnancy.

Research estimates one out of 475 pregnancies may go undetected or unnoticed until the expecting mother is about 20-weeks pregnant.

One in 2,500 cryptic pregnancies aren’t recognized until the woman goes into labor.

And it didn’t seem too uncommon, as thousands of comments flooded Britt’s video, with many other users revealing that they too experienced the same thing.

Thousands of comments flooded Britt’s video, many of them revealing the experienced the same thing

‘Yep….happened to me, no missed periods, on birth control and no signs of pregnancy – none, I carried to full term,’ admitted one user.

Another wrote: ‘I didn’t know I was pregnant with my first until I was almost five months pregnant. No symptoms, always had irregular periods, plus, I wasn’t even showing.’

Someone else added: ‘And there are people who would argue there’s no way a woman wouldn’t know she’s pregnant. This happens way more than people think.’

‘I’m just imagining you calling your job the next day like, “Yeah… I actually can’t come in I had a baby after work yesterday,”‘ commented a different person.