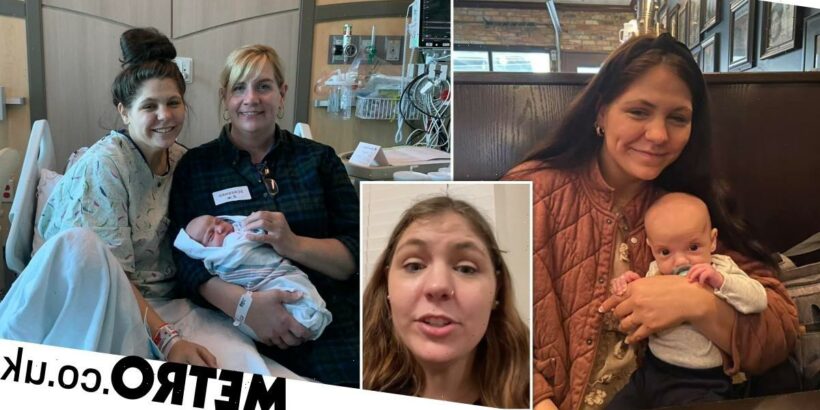 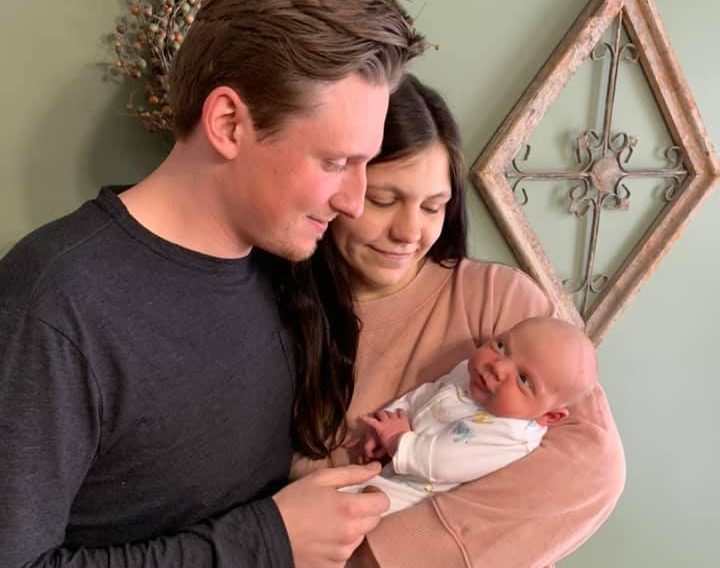 The birth of Teagan Brill’s baby is certainly a story that’ll be passed down the generations.

That’s because, just a week after learning she was pregnant – and believing she was in her first trimester – the 22-year-old gave birth to a healthy, full-term boy while on the toilet.

Teagan, from Michigan in the US, began suspecting she was pregnant in February last year. A test showed a positive, but there were no signs things may had been further along.

In a series of TikToks explaining the situation, Teagan said she’d continued to have regular periods and that her body didn’t noticeably change.

‘Nobody could tell, nobody knew. It’s not like I was huge with a baby bump,’ she said. ‘I looked my normal self.’

Teagan had even worn swimsuit and beachwear multiple times during what we now know was her pregnancy, with no one spotting a hint of a bump.

After some weight gain, she texted her long-distance boyfriend when he suggested the test. When they got the great news, the couple began calculating potential conception dates.

She said: ‘I thought maybe, because we were doing long-distance, he lived in Colorado, I lived in Michigan, so I was like, I can pinpoint when things happen, and so I was like, “Oh, we’re either a month or three months.”

Reply to @thelifeofjadynpepper best shit I have ever taken hahahaha.. seriously tho craziest day of my life.. #part2 #baby #AVrboForTogether #fyp

It was a Monday night a week later that Teagan began to feel strange.

She stayed home from her classes at Hope College in Holland, Michigan, where she was a senior at the time, and attended via Zoom with the camera off.

Teagan then began experiencing severe stomach cramps that lasted into the night, which is when she had her surprise loo labour.

‘I literally looked down. My hole was this big,’ she said on TikTok.

‘It did not feel like a normal s***. I looked down and my hole was huge. I literally felt it and it was rock hard, and I just was like, “Um, this is a child.”

‘And I pulled him out. He didn’t splash in the toilet, he didn’t hit the toilet. I pulled him out and the entire time I was on the phone with the ambulance, like EMTs, 911, because I went to the bathroom and I couldn’t stand up.’

A panicked Teagan tried to call her roommates but they were sleeping, so she waited for the emergency services to arrive.

The mum added: ‘They came literally five minutes after I had my child in the toilet. I looked down, I saw him coming out, pulled him, wrapped him in a towel and then the ambulance came.’

Teagan was taken to hospital for a check-up and given the all-clear, before breaking the news to her mother that she was already a grandma.

Speaking to the Today show about how she felt towards Owen after the bombshell delivery, she added: ‘You’re my miracle. There’s no way you should be healthy, let alone this healthy and this cute, like you are a miracle.’

Get in touch by emailing MetroLifestyleTeam[email protected]