A woman who battled drug addiction for years after enduring sexual abuse and the brutal murder of her mother has revealed how learning to play football turned her life around.

Dee Sansome, now 38, of Newport, South Wales, who was homeless at some of her lowest ebbs, was abused by a trusted adult as a child, a trauma she said set her on the path to smoking her first cannabis joint at 15, and taking heroin four years later.

By 21 she was in jail, having committed fraud to fund her habit, and days after her release a year later, her mother Karon Pugh was brutally murdered by her stepfather.

Dee was homeless at 34, having been released from another stint in prison, but said her life changed when she was told about Street Football Wales, a charity that works to transform the futures of homeless people through the sport.

Four years after joining a session, Dee has played in the Homeless World Cup in Norway as a member of the Wales Women’s Warriors National football team, and she and her teammates were crowned European champions following another tournament in Austria last month.

Dee, who says she’s ’empowered and happy’ thanks to the game, and told how her football journey has even seen her strike up something of a friendship with the charity’s patron, the Hollywood actor Michael Sheen. 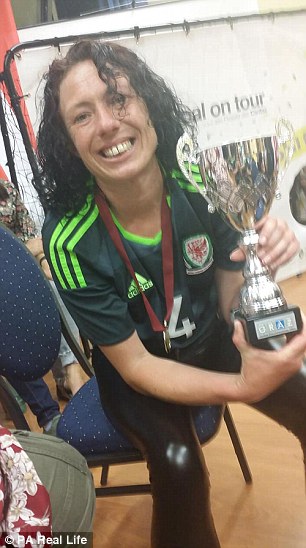 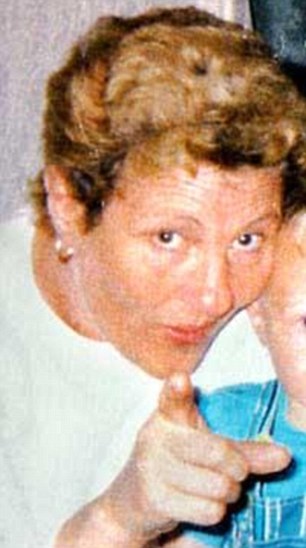 Dee Sansome (seen left), 38, of Newport, South Wales, whose childhood abuse and mother’s brutal killing (her mother, Karon Pugh, is seen right) drove her to life marred by crime and drug abuse has revealed how learning to play football changed her life

Remembering how it all started, Dee, who was too frightened to tell anyone about her abuser, told how it drove her to drug addiction, saying: ‘I was a very friendly child, not wary of anything.

‘Sadly, that was taken advantage of. I thought for years that I’d deserved it, and was being punished in some way – but I can now see it wasn’t my fault.

‘I went off the rails, as a result, in my teenage years. Aged 15, I started smoking cannabis, then it escalated until, by 19, I’d taken heroin for the first time.

‘I hate myself for this, but I’d fake signatures to get cash back from shops, so I could buy drugs. I was in a very dark place back then. In the end, everything caught up with me and I was jailed for fraud.’ 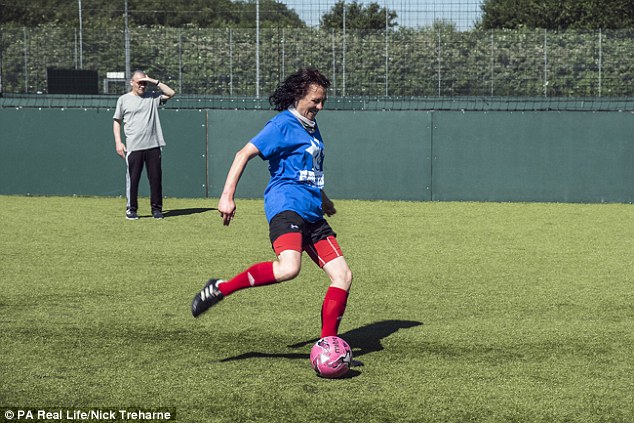 Dee, seen now, was sexually abused by a trusted adult as a child and soon being sucked into a quagmire of addiction, committing fraud to fund her habit and, aged 21, landing in jail

Prison for Dee – now working as a volunteer with ex-offenders at Include Hub Swansea – presented a chance to ditch drugs and re-evaluate her life.

But, just days later, tragedy stuck when her stepdad, Christopher Pugh, then 43, killed her mum, Karon Pugh, also 43, bludgeoning her to death with a hammer in a jealous rage.

Dee, who is dating but does not want to name her boyfriend, said: ‘ Although Pugh was my stepdad, he’d been there virtually all my life, so I’d grown up around him.

‘He was a very controlling man, and most of my memories of him are of him being abusive to my mum.

‘She became so depressed that she eventually left him for a man she’d met on holiday- but he couldn’t handle her wanting somebody else.’ 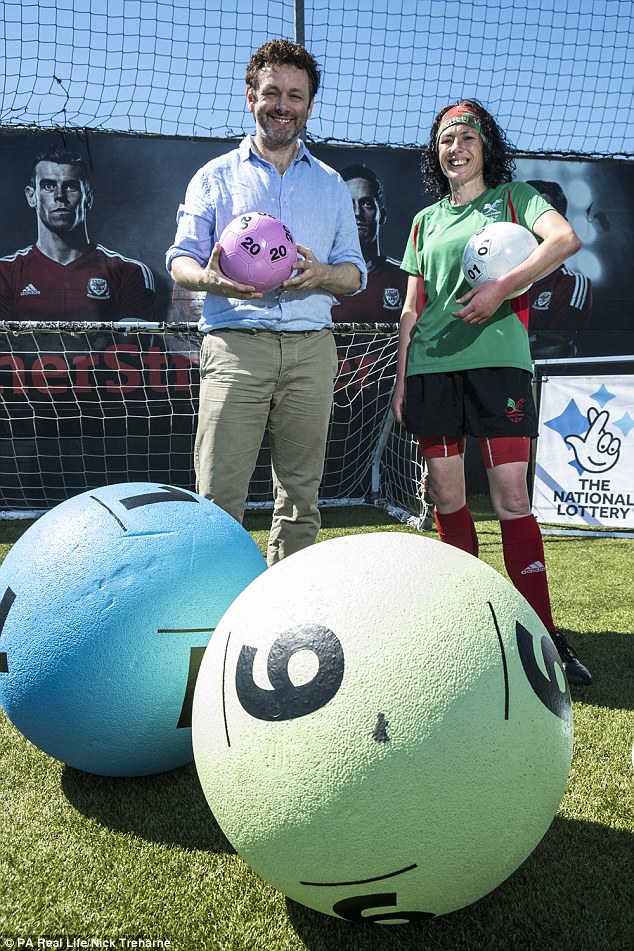 However after joining a football team and winning the European champions last month, Dee now counts actor Michael Sheen as a pal, and credits the team for turning her life around

Karon died on 22 June 2002, after Pugh searched on her mobile phone and discovered texts from her new man.

Furious, he repeatedly struck her with two hammers, fatally fracturing her skull.

To Dee’s horror, hauled before Cardiff Crown Court the following year, the envy-driven monster was only jailed for six years, after being found guilty of manslaughter, not murder.

She said: ‘He killed my mum with two hammers. They are heavy to lift and you know the damage they will cause – surely that’s premeditated?

‘I’d had a great relationship with Mum and, after she died, I couldn’t cope.’ 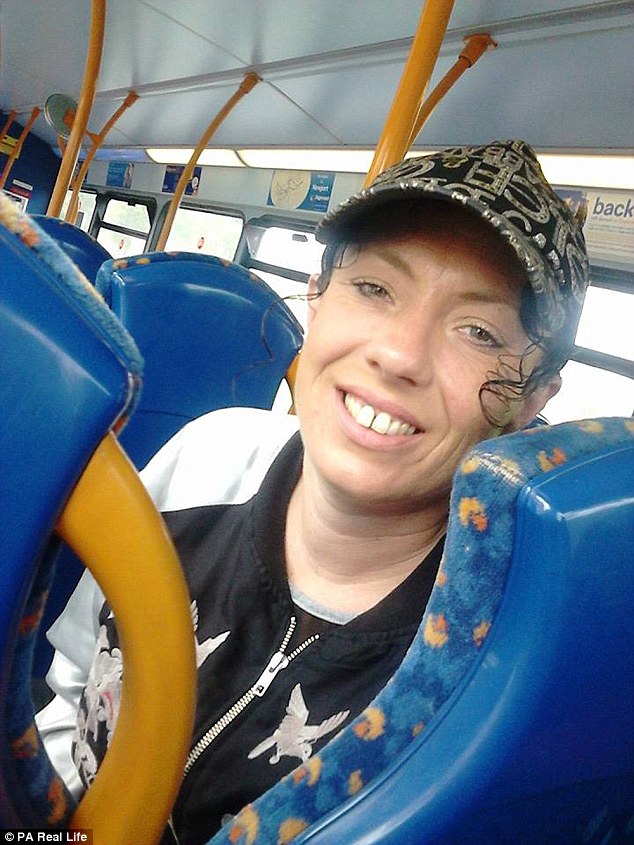 When she was released in 2014 she found herself homeless, but life turned around for her when she landed a place in the Wales’ Women’s Warriors National football Team

Though she managed to stay clean for a few years, by 2009, Dee relapsed and, in 2011, was sent to prison again for possession with intent to supply – finding herself homeless when she was released in 2014.

She continued: ‘My house, my mum – I’d lost it all. Virtually overnight, I had nothing.

‘While I’d been in prison, I’d lost my home, filled with irreplaceable things of my mum’s including all my photos of her. I was devastated.’

Over the next few years, Dee bounced around from hostel to hostel – even finding herself on the streets at one point. 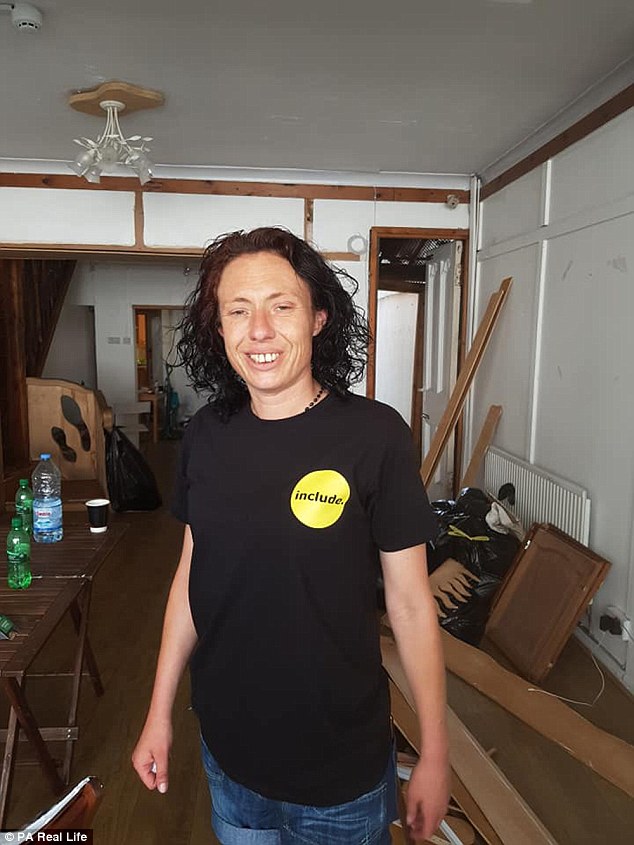 Dee, who has her own experience of prison, now works as a volunteer with ex-offenders at Include Hub Swansea

Then, in March last year, a chance conversation with a group of friends at her emergency accommodation changed her life completely.

‘It all started with a pizza,’ Dee laughed. ‘We were having a group dinner when two of them called John and Ben mentioned Kick Some Balls, a Street Football Wales initiative.

‘I’d never kicked a ball in my life, but they were so encouraging and convinced me to come along to a training session.

‘Even though I couldn’t run for more than five minutes, everyone was so nice and told me how well I’d done. I may not be the most skilled member of the team, but I’ve got heart and I won’t stop running.’ 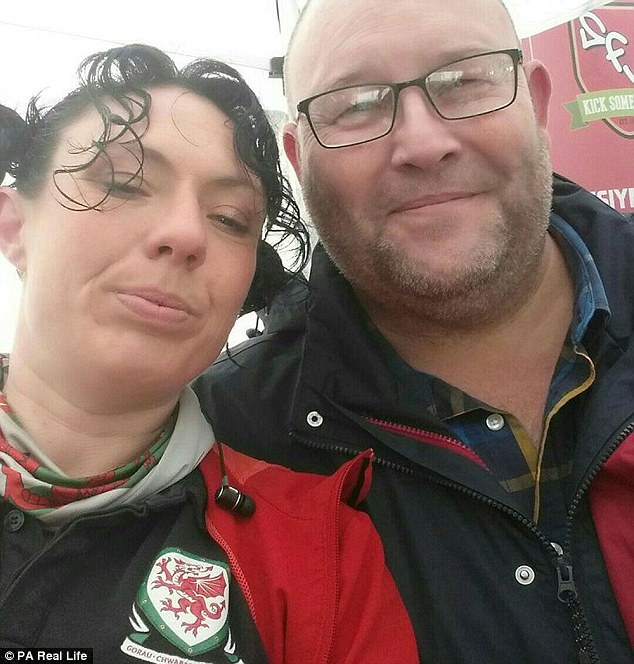 In March last year, a chance conversation with a group of friends at her emergency accommodation changed her life completely (seen with Keri, of Street Football Wales)

Training more and more, Dee soon built up her fitness until, incredibly, she was selected for Wales’ Women’s Warriors National Team for the 2017 Homeless World Cup in Oslo, Norway.

Then, last month, she and her teammates were crowned European champions following a tournament in Austria.

She continued: ‘I lost everything virtually overnight, and really struggled to pull myself back up.

‘I never thought I’d see the day where I was running around a pitch after a ball, but now I practise all the time.

‘I’m feeling so happy and empowered.’ 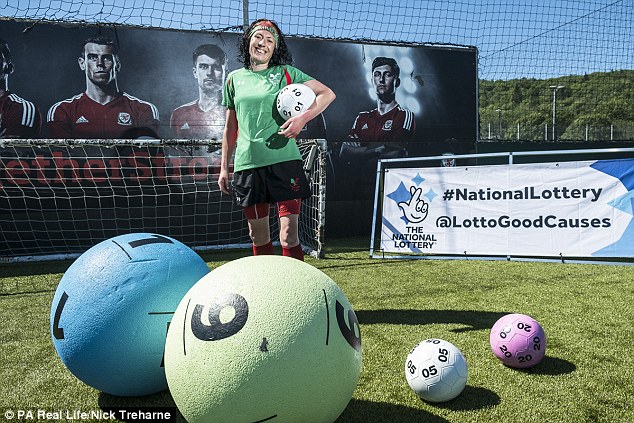 Training more and more, Dee soon built up her fitness until, incredibly, she was selected for Wales’ Women’s Warriors National Team for the 2017 Homeless World Cup in Oslo, Norway

Dee has also struck up a friendship with actor Michael Sheen, a Street Football Wales patron, who even saw her score her first goal for her country.

‘We won every game in the European championships, we smashed it,’ she smiled. ‘I never thought I’d be here and do these things.

‘Football has helped me communicate and concentrate better, and showed me that we can build together if we work as a team. It’s been a real learning curve.

‘Growing up around a background of violence and trauma normalised it for me. I can finally see that now.

‘I’m slowly getting there and finally have a spring in my step again.’ 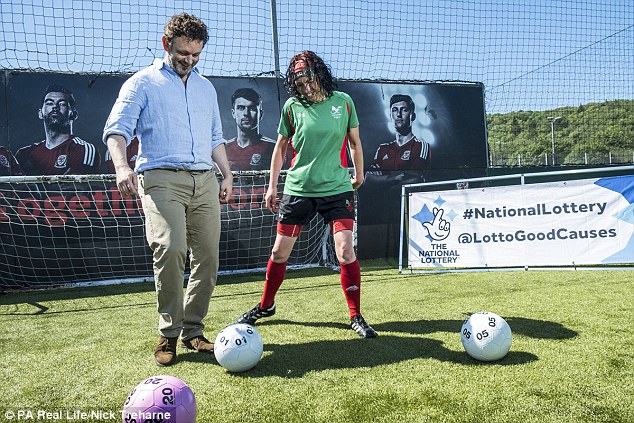 Dee has also struck up a friendship with actor Michael Sheen, a Street Football Wales patron, who even saw her score her first goal for her country

Street Football Wales’ Kick Some Balls is just one of the 49 brilliant UK projects competing for votes after reaching the finals of this year’s National Lottery Awards.

With the help of National Lottery funding, they are supporting homeless adults with the most complex lives and challenges.

The National Lottery Awards are the annual search for the UK’s favourite Lottery-funded projects – they celebrate the amazing, unsung heroes who do so much to help other people. 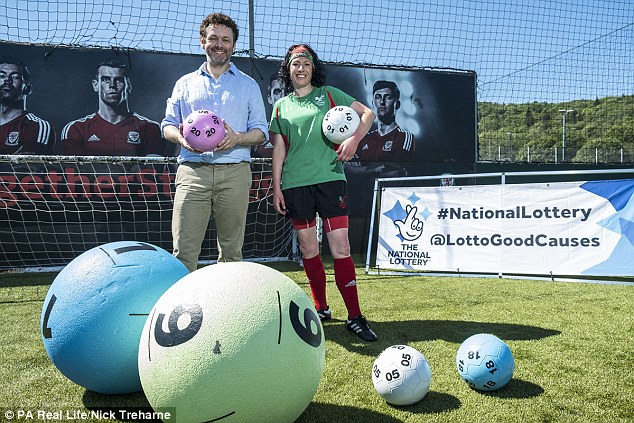 Last month, she and her teammates were crowned European champions following a tournament in Austria