A woman has revealed how her contraceptive implant lodged itself in her pulmonary artery after travelling from her arm all the way to her heart – leaving her terrified she would have to undergo major surgery to remove it.

Deborah Louise, from Birmingham, said in an emotional Facebook post that surgeons had eventually managed to remove the implant – a matchstick-sized tube that is embedded in the skin on the arm – after two years of X-rays, ultrasounds and blood tests to try and establish where it was had previously proved ‘inconclusive’.

Deborah, who has called for the devices to be banned until more is known about the risks associated with the implants, said it was finally located in her right pulmonary artery – which carries blood from the heart to the lungs – in August 2017 following a CT scan.

She shared a picture of the implant after medics at Birmingham’s Queen Elizabeth Hospital managed to extricate it percutaneously – or via the skin – sparing her from a major surgical procedure.

When a contraceptive implant is in the right place, it can be felt beneath the skin of the arm.

Tania Adib, a consultant gynaecologist at the Kensington Medical Chambers, told FEMAIL that contraceptive implants are at risk of ‘travelling’ if they are embedded too deeply in the arm. 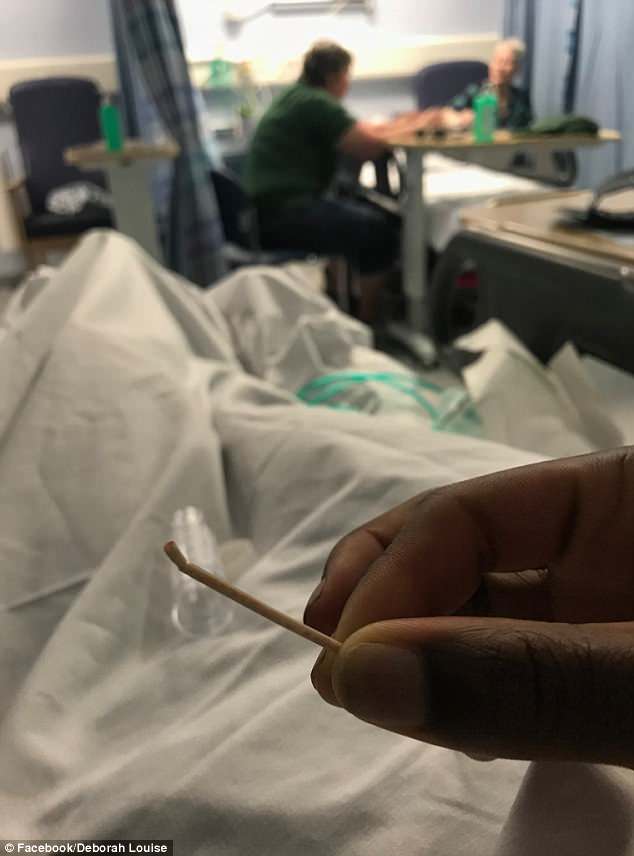 Deborah Louise, from Birmingham, revealed how her contraceptive implant traveled from her arm to her lung

Deborah said she felt ‘blessed’ to finally have the implant removed from her body, having been left with ‘out of this world’ anxiety since discovering it had dislodged in 2015.

She underwent two years of inconclusive X-rays, blood tests, ultrasounds and appointments with specialists to track down the implant.

It wasn’t until August last year – two years after it moved – that medics discovered it had traveled ‘through my heart and lodged itself into my pulmonary artery’.

She wrote: ‘The anxiety has been out of this world, knowing that the only other option would be open chest surgery with a heart and lung bypass.’ 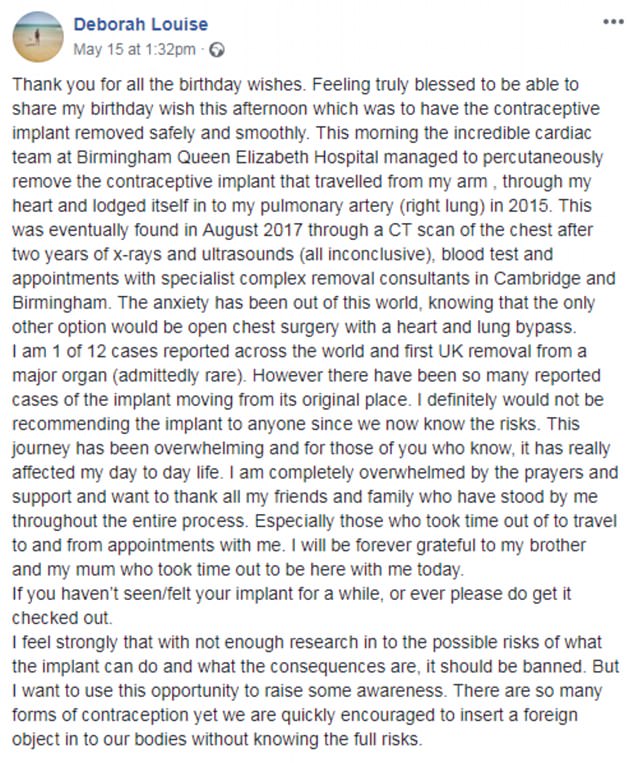 She said she felt ‘anxiety’ about the implant after two years of inconclusive X-rays, blood tests, ultrasounds and appointments with specialists to track down the implant 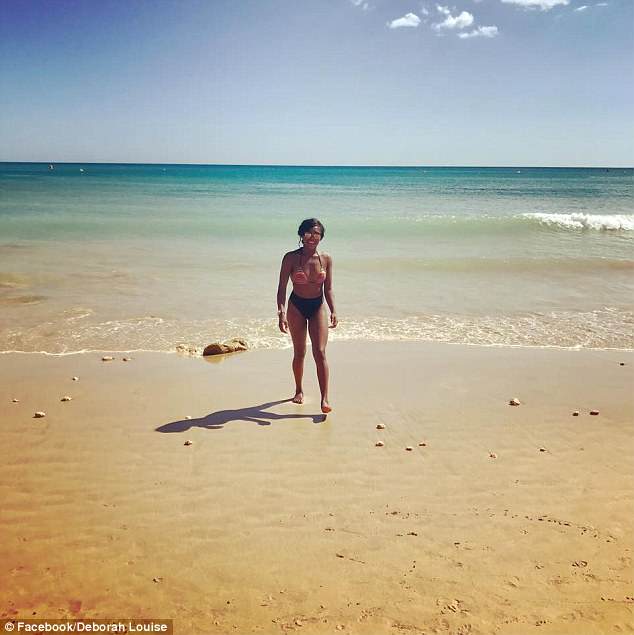 ‘This journey has been overwhelming and for those of you who know, it has really affected my day to day life,’ she continued.

‘I am completely overwhelmed by the prayers and support and want to thank all my friends and family who have stood by me throughout the entire process.’

The implant works for three years once it is inserted into the arm and is seen as an alternative to the pill, which some women forget to take.

Deborah even called for the contraceptive to be banned as many don’t know the risks of having it inserted into the body. 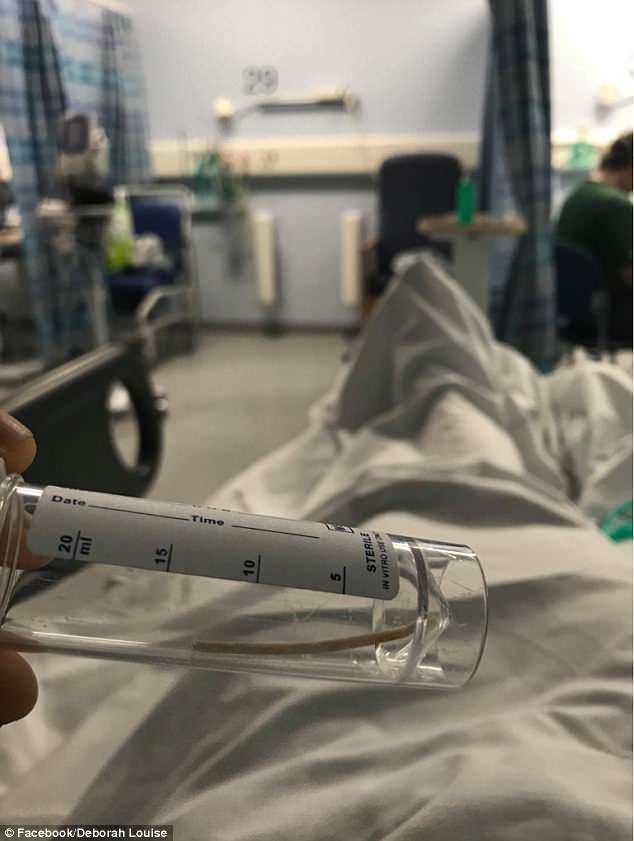 She continued: ‘I feel strongly that with not enough research in to the possible risks of what the implant can do and what the consequences are, it should be banned. But I want to use this opportunity to raise some awareness.

‘There are so many forms of contraception yet we are quickly encouraged to insert a foreign object in to our bodies without knowing the full risks.’

Experts told FEMAIL that women should check their implants regularly to make sure they have not moved.

Dr Adib said: ‘The risk of the contraceptive implant travelling is extremely low. Risk is higher if it is’t placed beneath the skin properly e.g. it is placed too deeply. The risk is higher in women who are very thin and those who are placing the implants should have specific training in how to insert them properly to reduce the risk.

‘Women should also check their arms regularly to ensure they can feel the implant and if they can no longer feel it they should check this.’

What is the contraceptive implant?

The contraceptive implants are matchstick-sized tubes which are inserted under the skin of the arm.

They last for three years and work by releasing a steady dose of the hormone progesterone. This prevents ovaries from releasing an egg every month and also thickens the lining of the cervix – preventing sperm from entering.

In addition, it thins the lining of the womb, making it less likely that a fertilised egg can implant. 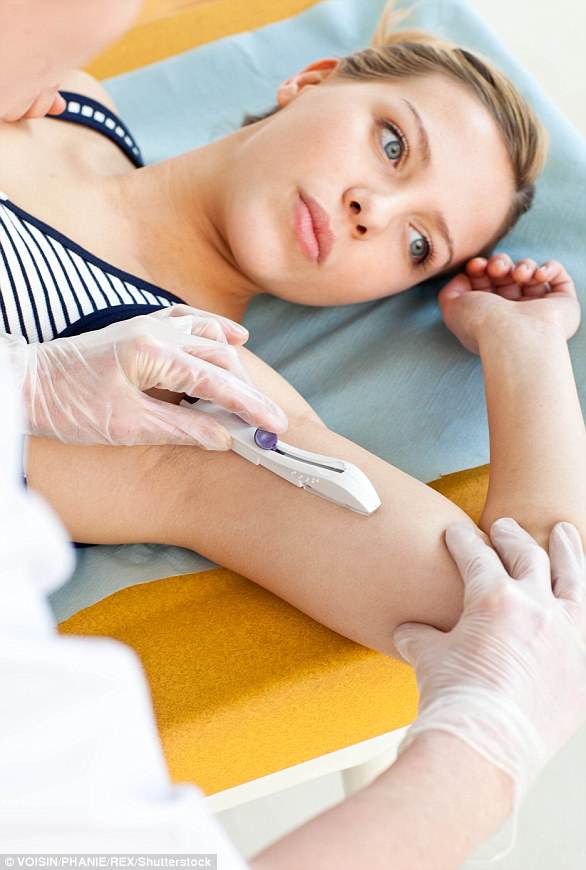 The implants – known by the brand name Nexplanon – can be fitted by a specially trained GP or nurse. Girls undergo a brief consultation to ensure they do not have any underlying health conditions which would put them at risk. These include heart disease, liver disease or being pregnant.

In rare cases the implants have been inserted incorrectly and travelled to the lungs or major veins.

Experts say they are 99 per cent effective and far more reliable than remembering to take the Pill or using a condom. They take only a few minutes to be fitted and girls are given a local anaesthetic.