Woman whose partner keeps ogling her friend’s skimpy nightie during a couples’ weekend away is blasted for asking her pal to cover up – but who do YOU think is in the wrong?

A woman sparked a debate online when she complained about her friend walking around in a short nightie during a couples’ weekend away.

Taking to the British parenting forum Mumsnet after the short break, the woman revealed her alarm over her friend’s skimpy nightwear – which her own partner had been ‘happy to ogle’ – adding that her pal had turned down her offer of something more substantial.

She explained: ‘My partner is quite happy ogling her. Am I being unreasonable to say something stronger?’

Her post was met with a short shrift from commenters who said she should be having a word with her partner for his behaviour, rather than her friend.

One person said: ‘But she’s not showing her chest or anything else. She’s showing her legs. Pretty sure your partner would expect to be able to show his legs without being peeved at. Tell him to stop staring. [sic]’

Another wrote: ‘He should have the decency not to stare, ffs what would he be like on a beach with topless bathers. Your partner is a dirty ****** and that’s the issue.’

However others accused her friend of deliberately seeking attention and choosing to dress inappropriately. 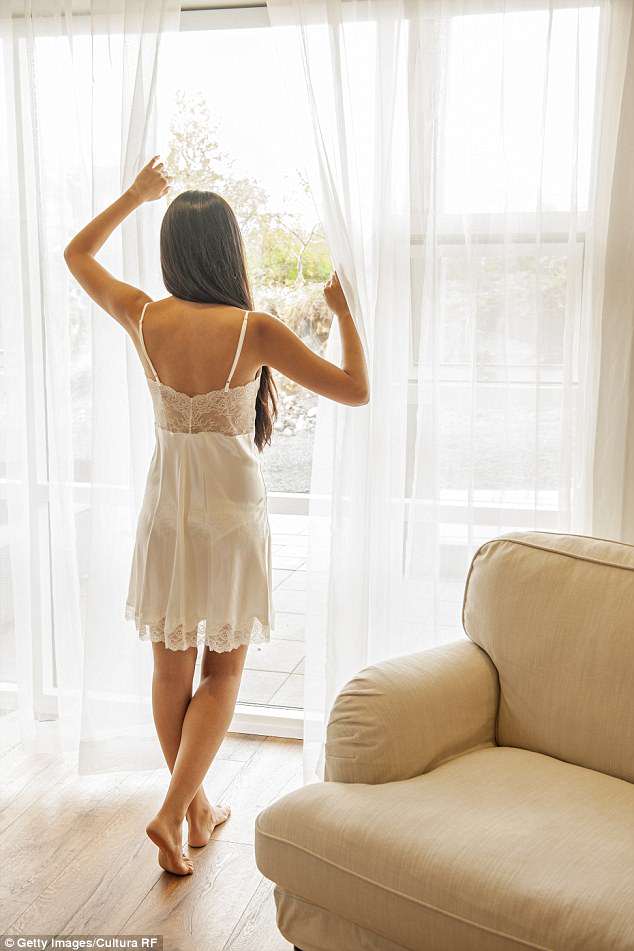 One person said: ‘She’s not your friend. What sort of woman deliberately wonders around almost naked in front of her friend’s partner. She knows exactly what she’s doing.’

Another wrote: ‘He is not being ‘pervy’ he is doing what normal men do if there is a woman flaunting it. SHE needs to respect your relationship and cover her **** up.’

But others claimed double standards were at play when the woman explained that both men were wearing just boxers,

One person said: ‘They are in boxers so what’s the problem? Boxers can be quite revealing depending on the angle! Why one rule for men and another for her?;

Another wrote: ‘YABVU [you are being very unreasonable], and you’re also a bit weird if you don’t think women can wear nighties but men are OK in only their boxers.’ 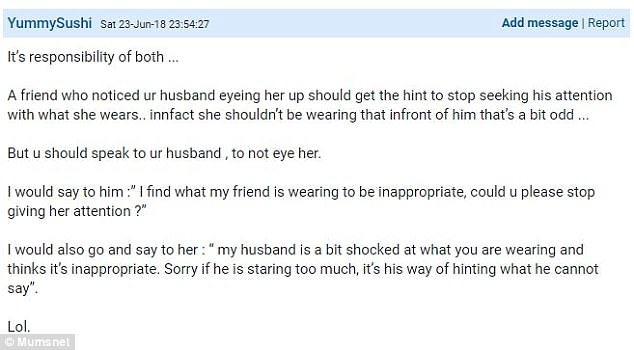