A young mother has bravely confessed to having post natal depression so severe that, she feared her toddler might kill her baby, that strangers would snatch her from her pram, or that she would harm her own children.

Milli Richards Clack, 35, from Walthamstow, east London, was already mother to daughter Aida, three, with her IT consultant husband, Mark, 38, when she welcomed her second child Winnie in March 2018.

The birth triggered PND so intense she was plagued by terrifying thoughts that she or others would put her children’s lives in danger.

The mother-of-two eventually saw a specialist who diagnosed her with the condition, and she is now urging others to talk about their depression. 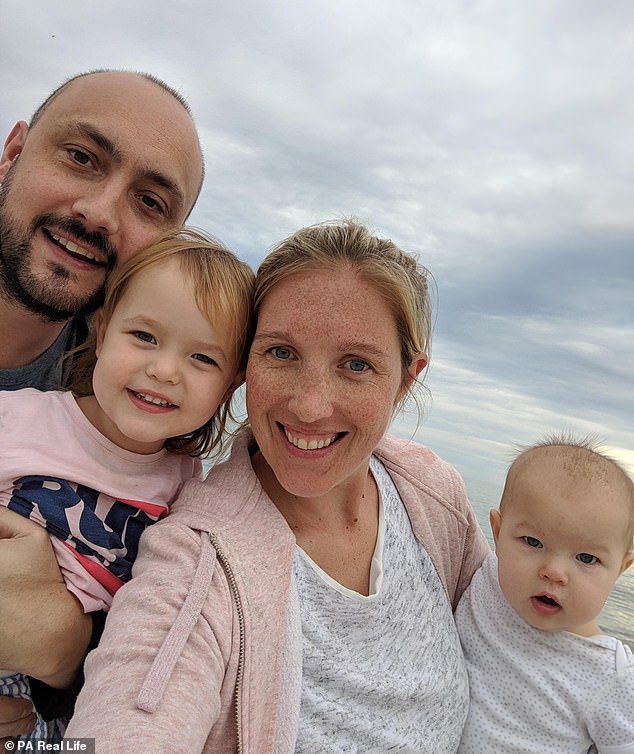 Speaking out to mark Mental Health Awareness Week, Milli said: ‘After Winnie was born, I would have terrifying thoughts about all the awful things that could happen to the girls, including thoughts that I might harm them.

‘I got scared that Aida would kill Winnie with one of the knives in the house and thought if I did take the children out, that Aida would run off, Winnie would get snatched by strangers and I would run someone over.’

No stranger to depression, Milli has battled with the condition throughout much of her life – first experiencing an extreme low when she left the Cheshire home where she had grown up to start university in Leeds, West Yorkshire, when she was 18.

She was studying Geography and Spanish and admits to feeling out of her comfort zone and unable to fit in from the start. 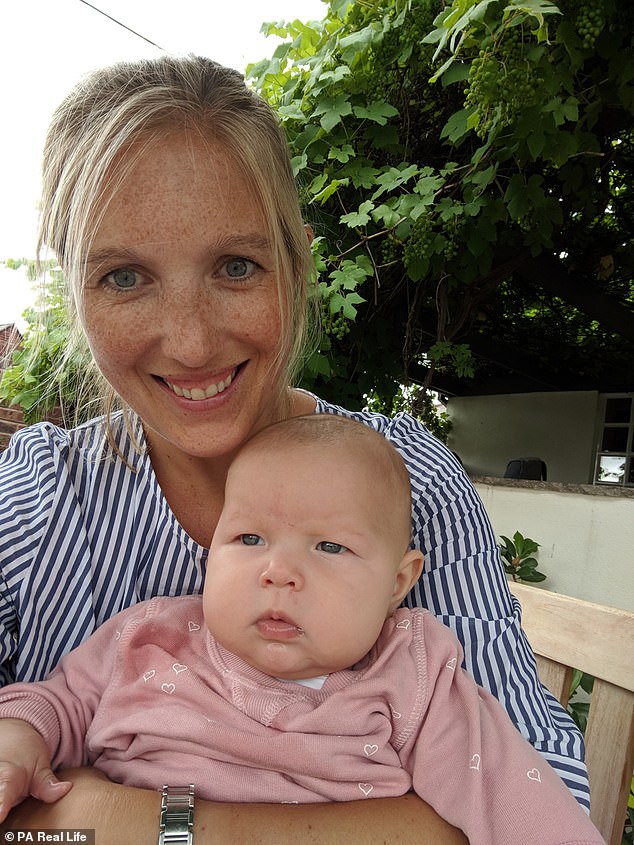 The birth of little Winnie triggered PND so intense, Milli was plagued by terrifying thoughts that she or others would put her children’s lives in danger

‘In my first year, I drank a lot, skipped lectures and put on a front,’ said Milli. ‘I felt hopeless and worthless and although I never self-harmed, looking back I often put myself in risky situations.’

Living away from home where no one really knew her, Milli said it was easy to hide her depression, but when she dropped out of university aged 19, she spoke to a doctor who told her to tell her parents how she was really feeling.

‘I did say ‘I think I am really down,’ but I don’t think my parents realised I was properly depressed,’ she said.

‘They just tried to jolly me out of it, saying, ‘You’ve got nothing to be down about.’

‘We have a very good relationship, but it left me feeling awkward talking about how I felt. ‘ 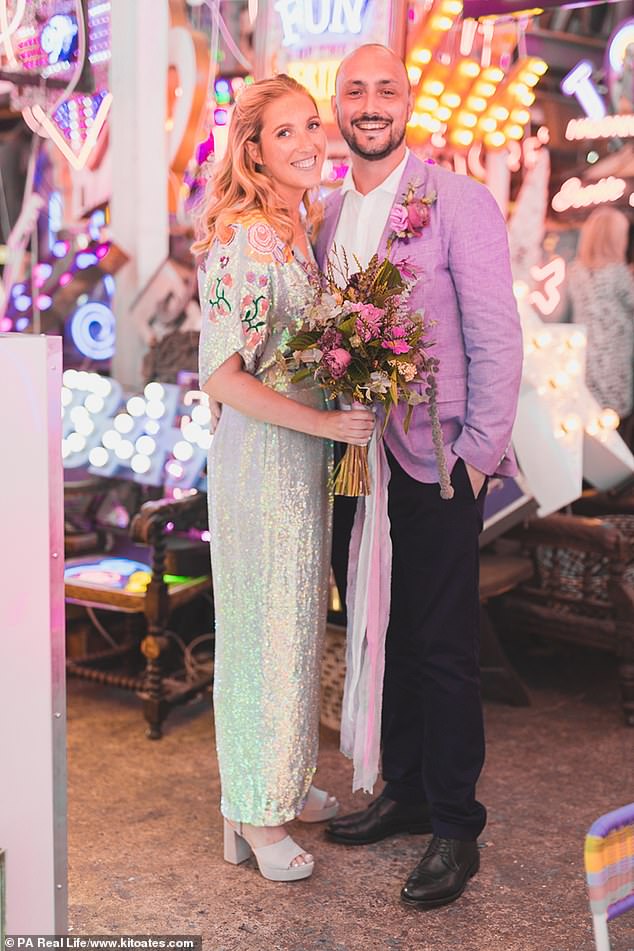 Millie, seen with Mark, eventually saw a specialist who diagnosed her with the condition, and she is now urging others to talk about their depression 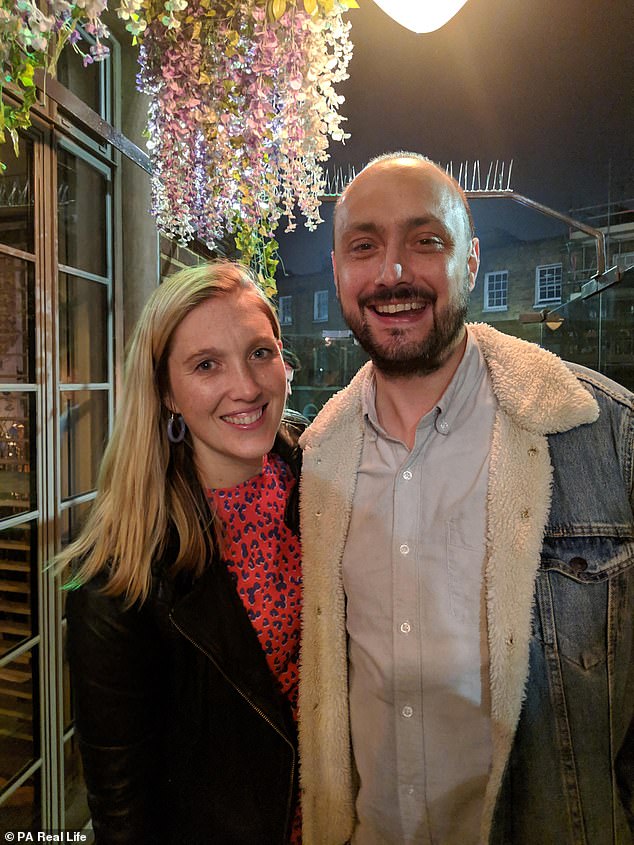 Milli, seen with Mark, has battled with the condition throughout much of her life – first experiencing an extreme low when she left the Cheshire home where she had grown up to start university in Leeds

Aged 20, Milli returned to her studies, but this time took a degree in public relations, graduating from Leeds Metropolitan University – now known as Leeds Beckett – aged 23 and landing a top job with a London broadcast agency.

‘I moved in with friends and starting again in London felt like I’d pressed a ‘reset button’ and banished my depression,’ she said.

She met her now husband Mark in 2010 through the dating site Match.com and together they renovated a flat, and then a house they owned, with a view to starting a family.

But by the time Milli reached her 30th birthday, she was back on the rollercoaster of depressive feelings – including severe anxiety – which started to affect her performance at work.

‘I knew I was coming down with another bout of depression and that I wouldn’t be able to just bounce back,’ she recalled.

‘I would find myself sobbing before work every morning and was avoiding social situations. Eventually my husband told me to see the doctor and get myself signed off work and when I did go back, I told them I wanted to leave.’ 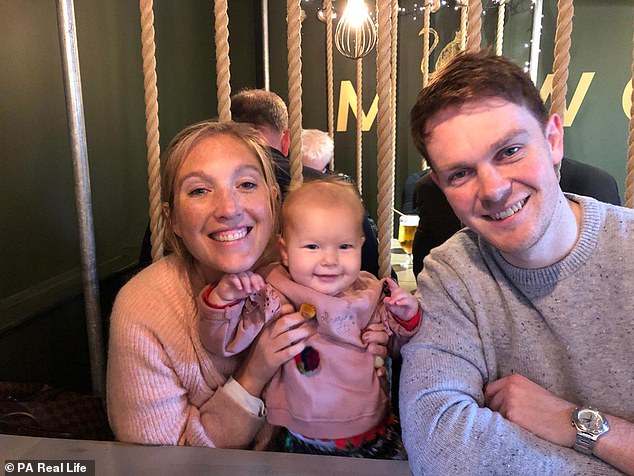 Milli, seen with her brother Charlie and Winnie,  was pleasantly surprised when, rather than intensifying her depression, when her first child, Aida, was born on 10 April 2016, her mood immediately improved

Milli with Winnie and friends Lucy, left, and Alice, right, said within six months of having Aida (not pictured) she was in the grip of such a bad depression, she contacted a local charity which offered affordable counselling

Describing dealing with depression as feeling like ‘walking uphill through treacle,’ Milli, who now works for her husband’s IT consultancy company, said the effort required to cope means that every time something goes wrong – from little things like losing the car keys to bigger problems like a financial set back – it gets worse.

‘Constantly overwhelmed by worry and stress, I became used to feeling angry and being a bad-tempered person all the time,’ she said.

But, she was pleasantly surprised when, rather than intensifying her depression, when her first child, Aida, was born on 10 April 2016, her mood immediately improved.

She said: ‘I don’t know what happened. I had always yearned to be a mum and when Aida was born, I took to motherhood like a duck to water.

‘It was as if having Aida pulled me out of the darkness of depression. I felt so at ease.’

But six months later, Milli – who admits that to the outside world, it looks as if she has everything anyone could ever want – was in the grip of such a bad depression, she contacted a local charity which offered affordable counselling.

‘I don’t know what happened, but all the anger came back. I would tell the therapist I thought my husband and friends hated me, when the truth was I hated myself,’ she said.

Talking to the counsellor helped, but it did not banish her depression. 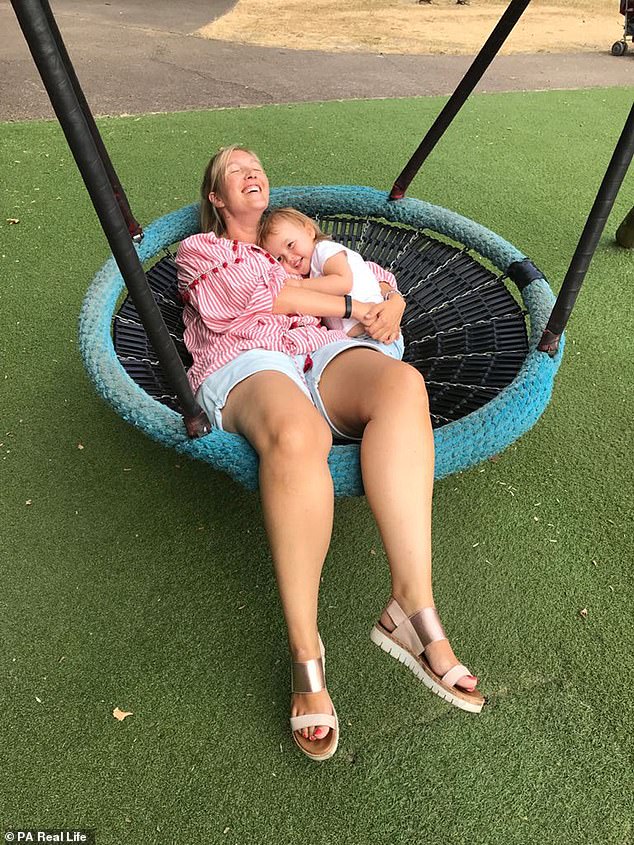 By the time Milli – who was married in August 2017 – had her youngest daughter Winnie, now one, she was so unwell she feared for her children’s safety and thought she might even harm them or herself 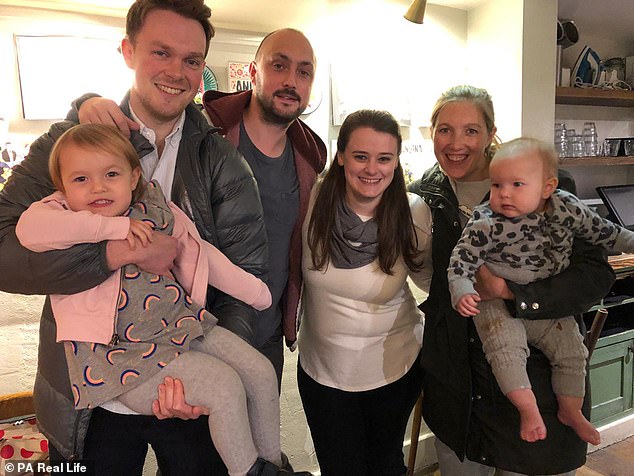 (L-R) Aida, Charlie, Mark, Charlie’s wife Heather, Milli and Winnie. Milli admits that it looked as though she was happy from the outside  but this was far from the truth

And, by the time Milli – who was married in August 2017 – had her youngest daughter Winnie, now one, she was so unwell she feared for her children’s safety and thought she might even harm them or herself.

Fortunately, all her fears were in her head, but she was imagining terrifying scenarios, which included one daughter stabbing the other or strangers snatching her baby.

When she did manage to leave the house, Milli knew she needed help.

‘I hated feeling sad all the time and I felt guilty about not being grateful for everything I had,’ she said.

‘I wanted the world to just swallow me up and didn’t want to be here. I didn’t want to live feeling so sad any more, but I knew I had to get better for my children’s sake.

‘I knew a friend of mine had suffered with post natal depression and had gone for treatment at The Priory Clinic in London so, thanks to my parents’ generosity and offer to help pay, I joined the group therapy sessions there and went every day for a month.’

On the way to her first session, a sobbing Milli started to have doubts.

She continued: ‘I told my husband, ‘I’m fine, I’ve made it all up.’ But Mark replied, ‘The very fact you’re even saying that shows just how far removed from reality you’ve become.”

Milli was officially diagnosed with post natal depression by a psychiatrist at The Priory in April 2018. 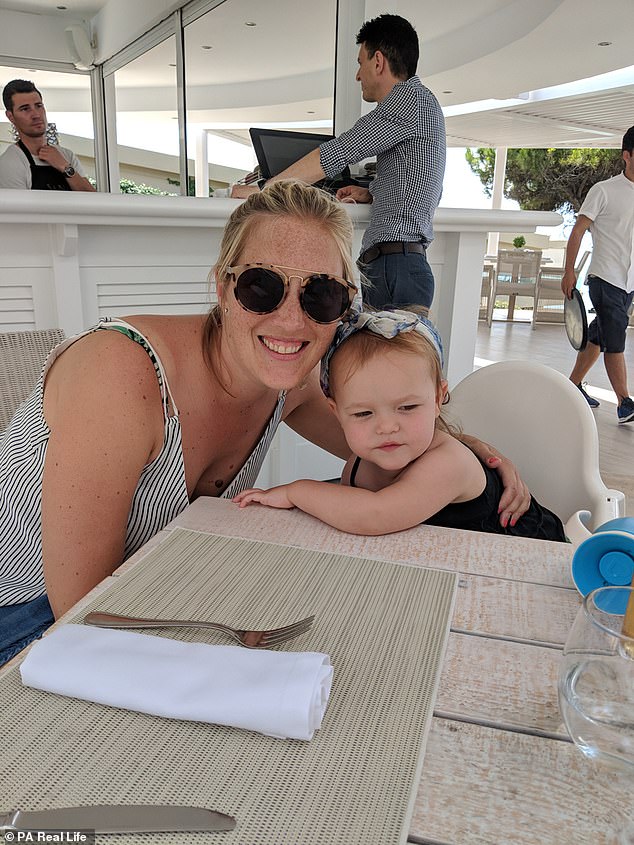 Milli and Aida, Milli was officially diagnosed with post natal depression by a psychiatrist at The Priory in April 2018 and is now coping far better

After attending therapy sessions at The Priory for a month, and having been under the care of her perinatal team for a year and taking antidepressants, which she said ‘take the edge off’ the bad feelings and leave her mind clearer, Milli is coping far better.

She said: ‘I still have bad weeks and down days, but now I’m able to tell myself nothing bad is going to happen and can think about what changes I can make to cope better.’

One of the most valuable lessons Milli, who is working with the campaign Time To Change, has learned has been not to keep depression to yourself.

She advised: ‘Putting on a mask won’t make it go away. In fact, it makes it worse. If you are depressed, you need to let other people know what’s going on inside.

‘From the outside, I came across as someone who was very capable and someone with everything I ever wanted.

‘But I was having horrendous thoughts and it hurts me to think about others going through the same thing and suffering in silence.

‘We all need to talk more about depression and other mental health issues and be more open about it.’