Who needs a hat? Woman who turned a SHOWER PUFF into a ‘fetching’ fascinator for a party is hailed as ‘simply outstanding’ on Twitter

A resourceful party guest has been applauded on Twitter after revealing she wore a bath puff to the event in place of a fascinator.

Lillian Smith, from Preston, appeared in Take a Break magazine where she shared her handy tip in the Brainwaves section.

A photo of the party goer was shared in a recent issue of the weekly mag along with her advice in a piece called ‘Puffed to bits’. 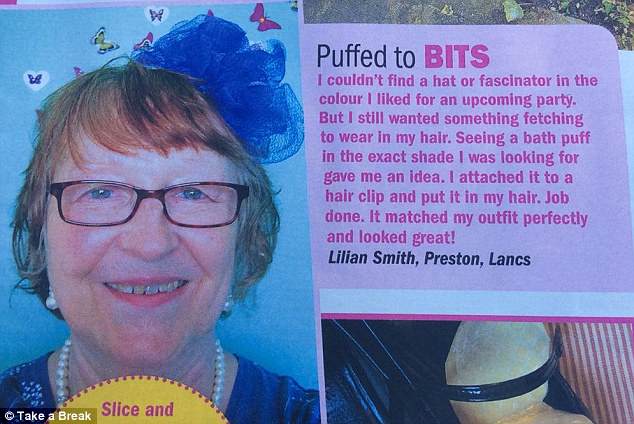 She wrote: ‘I couldn’t find a hat or a fascinator in the colour I liked for an upcoming party. But I still wanted something fetching to wear in my hair.

‘Seeing a bath puff in the exact same shade I was looking for gave me an idea. I attached it to a hair clip and put it in my hair. Job done.

‘It matched my outfit perfectly and looked great!’

The snippet was shared on Twitter by Hannah Williams last week who captioned it ‘outstanding, simply outstanding’.

Her tweet quickly went viral garnering over 1,200 likes and 5,200 likes from her followers who were quick to share their amazement at Lillian’s ingenuity.

Responding to the tweet one wrote: ‘I want to be this woman’s neighbour. I want her to come over and give me all her hacks.’

Equally impressed another wrote: ‘Yes I know England are through to the last 16 at the World Cup but can we please all actually be upstanding for Lilian from Preston who has gone to a wedding wearing a fascinator she made from a bath puff’ 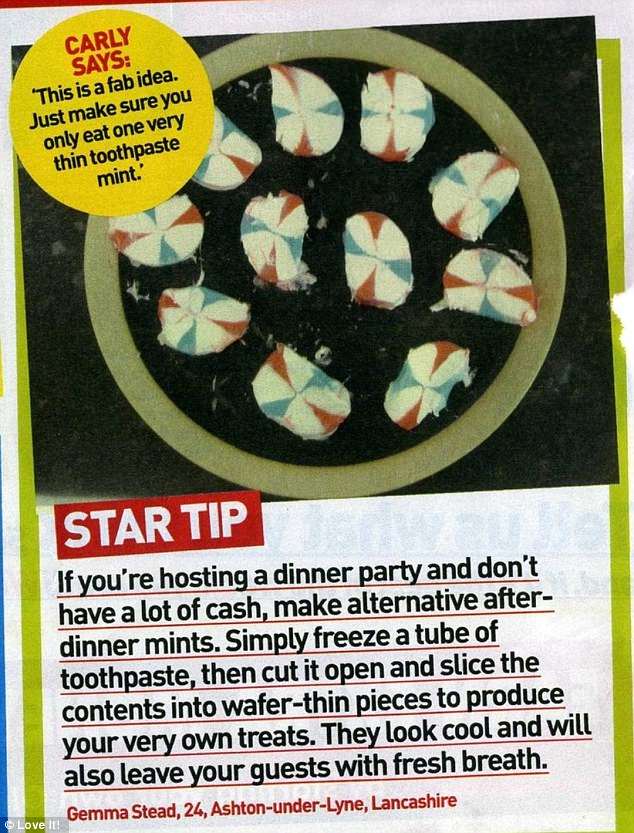 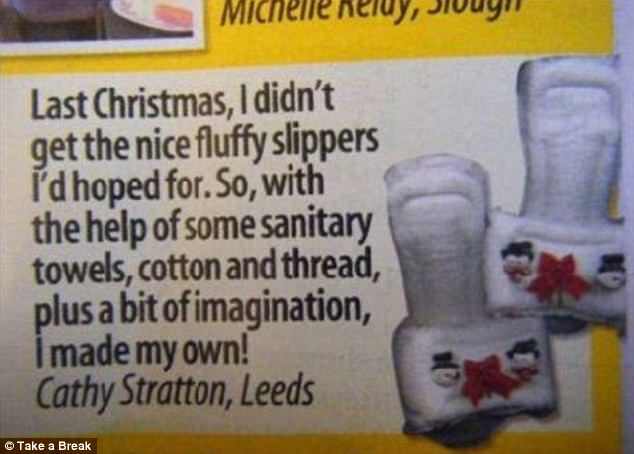 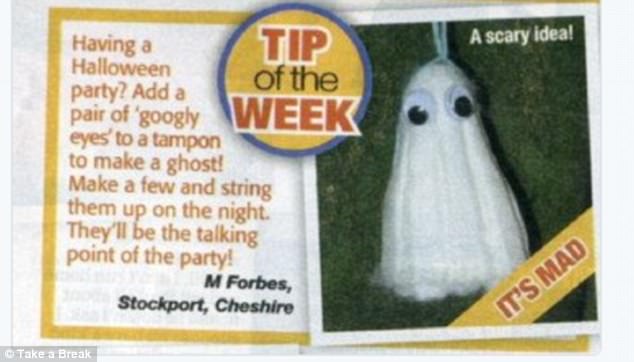 Meanwhile others came forward to share other examples of unusual DIY tips shared in women’s magazines.

In many cases women had found inventive uses for their sanitary products including one who had made herself a pair of slippers out of sanitary towels.

Meanwhile another creative mum had fashioned her own Halloween decorations by glueing googly eyes onto her tampons to create ghost ornaments.