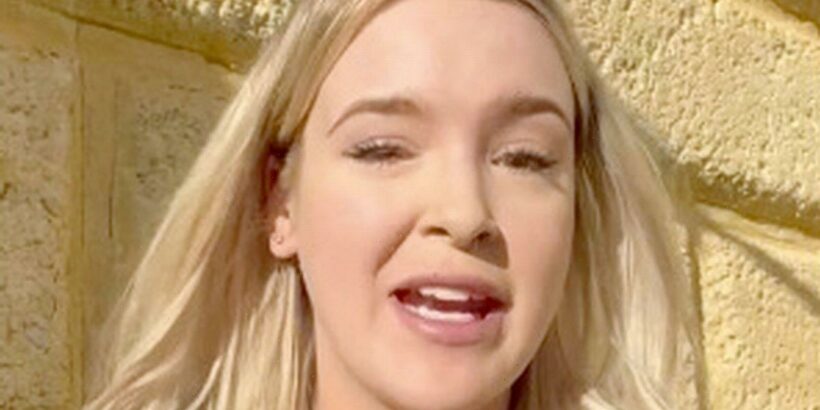 A woman was horrified when she woke up from a three-month coma to find her fiancé had left her while she was fighting for her life.

Brie Duval, from Australia, was engaged to her then love-of-her-life after being together for four years but everything changed when she fell headfirst from a rooftop bar in Canada on August 29, 2020.

She was left with a brain injury and several broken bones and was flown to the University of Alberta Hospital where she was placed on life support in intensive care unit.

The 25-year-old posted on TikTok to share details of her trauma and how she found out her partner had cheated on her. She described the scenario and said: "One night you go to a rooftop bar with your friends and the railing collapses, you fall off of a tall retaining wall across from the bar and you end up head-first in the pavement.

"So you go to a coma for three months and having amnesia for two months after that. Once you've actually finally wake up, you want your phone, to call your fiancé."

When Brie turned on her phone, she received a message from a woman claiming her fiancé had moved out of Brie's house. "Blahblahblah [referring to fiancé's name] has moved in with me and now we are together, do not contact him," the woman wrote.

Brie couldn't reach her fiancé and has not heard anything from him for 11 months now.

"He doesn't care that you nearly died with a 10% chance of living but you know, at least he's happy," she added. Viewers showed their support and said she had "dodged a bullet".

"Well that wasn't very 'in sickness and health' of him, at least you found out before marrying and wasting years with him," one wrote.

A second called it a "blessing in disguise", adding: "Marriage is for people who will stand true with the person they really love."