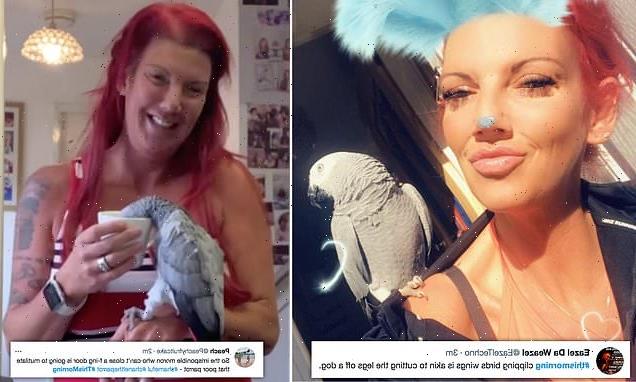 A woman who went viral on social media after pleading for help to find her missing parrot has been slammed after revealing she’s having the bird’s wings clipped.

Sandra Hannah, 41, became famous online last year after she posted a video on Facebook of her parading the streets in Netherton, Liverpool and crying out ‘Chanel’ – the bird’s name.

After appearing on This Morning yesterday to reveal that her African grey parrot had escaped again, she returned to the ITV show today with the update that Chanel had been found over a mile away from her house.

The mother said she plans on getting Chanel’s wings clipped in order to stop her escaping, but viewers branded the plans ‘absolutely shocking’ and ‘barbaric’, and claimed the owner was ‘cruel’. 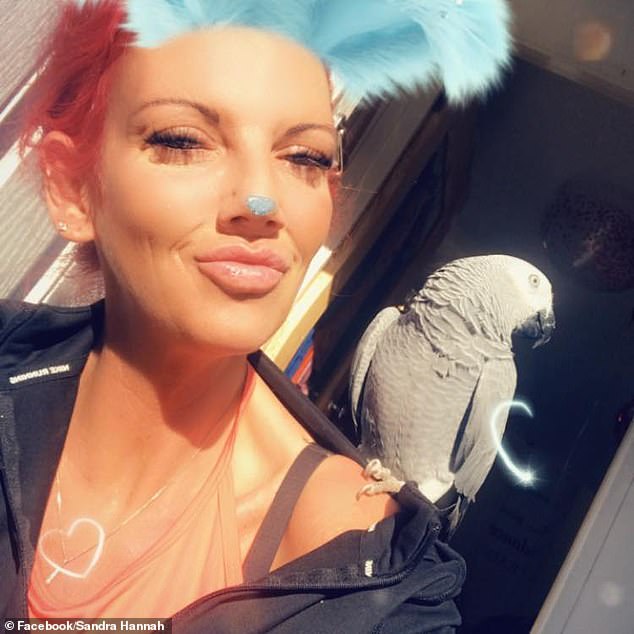 Sandra Hannah, 41, became famous online last year after she posted a video on Facebook of her parading the streets in Netherton, Liverpool and crying out ‘Chanel’ – the name of her lost parrot 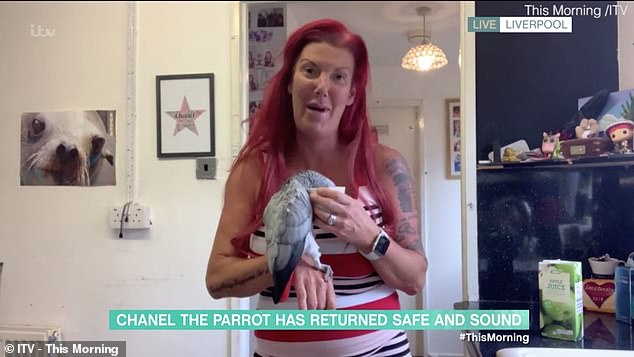 She appeared on This Morning again yesterday where she said that her African grey parrot had escaped again, revealing on the ITV show this morning that the bird was found over a mile away from her house 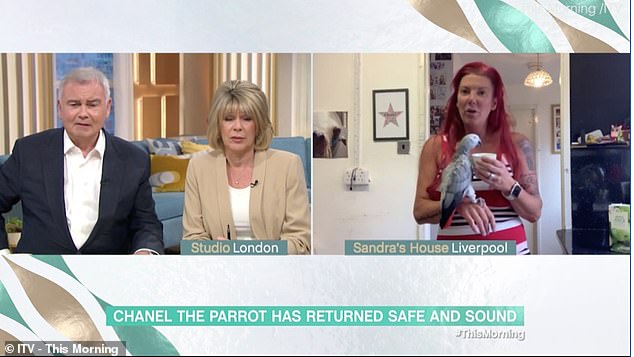 ‘She’s getting her wings clipped,’ said Sandra. ‘She won’t be able to fly at all, it’s her own fault, it’s for her safety and my own health.’

Host Ruth Langsford then asked: ‘And that’s safe is it?’

Sandra replied: ‘Yea, they grow back so I’ll probably have to do it again, but yeah.’

Viewers were outraged, with one writing: ‘Absolutely shocking getting the poor birds wings clipped so she won’t be to fly! Don’t have a parrot as a pet if you can’t look after it properly!!!’

Viewers called her plans ‘absolutely shocking’ and ‘barbaric’, branding the owner as ‘cruel’

Another said: ‘Nah. I hope the RSPCA is watching this, clipping that poor parrot’s wings because you can’t look after it. That’s just cruel. We know if my dog gets out he will RUN and I’ll probably never see him again. So we know to keep doors SHUT?!!!’

‘So the irresponsible moron who can’t close a f****** door is going to mutilate that poor parrot – shameful’, agreed a third.

Another said: ‘What!!! She won’t be able to fly at all? Am I the only person that thinks that’s cruel? Surly that can’t be legal’.

Appearing on This Morning yesterday, an emotional Sandra broke down in tears as she explained to presenters Ruth and Eamonn Holmes how she had lost African grey parrot once again. 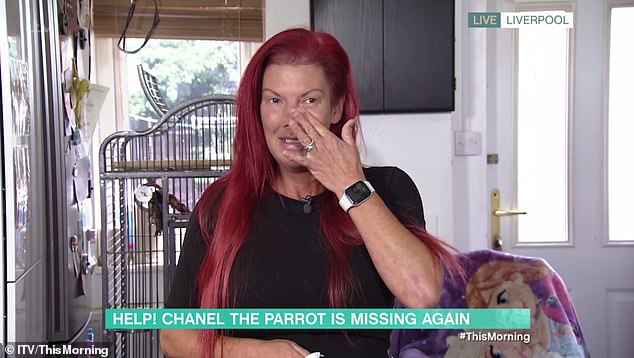 ‘Well, she was out of her cage but she was upstairs,’ explained Sandra. ‘It’d been raining all day, and my son just wanted to play on his bike.’

‘So I went out to get his bike, shut the door behind me and was waiting for him in the street. He came out straight after me and left the door open and I didn’t check – and she just flew out.’

While Sandra was evidently devastated by Chanel’s disappearance, Ruth asked how the rest of her family were coping.

‘They’re all heartbroken,’ she explained. ‘She’s like my fifth child but for three years it’s just been me and her every single morning. She just sits on my shoulder while I have my coffee before anyone gets up. She even shares her coffee with me and tries to get in my cup.’ 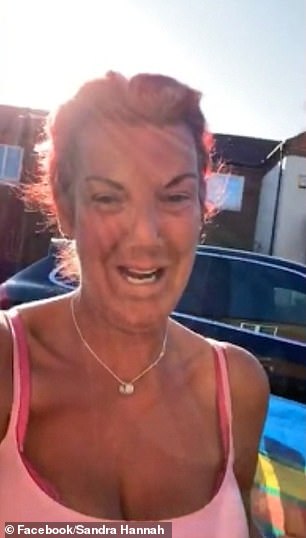 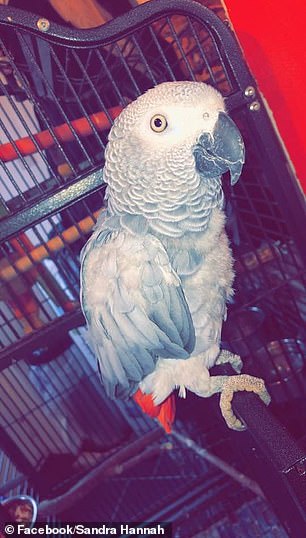 The video Sandra posted last year was seen by over 40,000 people and helped find her missing pet

Sandra previously explained to MailOnline how the bird went missing when footage of her pleading for the world to find her missing parrot first went viral.

‘We were sitting in the garden, all the doors were locked in the cage but her water bowl gate was open,’ Sandra said.

‘My neighbour started a drill going and she just bolted out the water bowl gate. And I just thought what should I do? I thought I would share it on Facebook Live.’

Sandra insisted that it was ‘traumatic’ as she waited for a response from the video which was seen by over 40,000 people on Facebook alone.

‘We all cried all night. We were all saying a prayer, please come home Chanel. We were just all devastated.