‘I take responsibility’: Woman whose son was jailed for the murder of a teen killed in a gangland feud says she’s desperate to make amends for his crime – and longs to offer the victim’s mother a ‘minute’s relief’ from pain

A mother whose 20-year-old son is in jail for the murder of a teenage boy in a gangland feud has told how his crime has left her ‘ashamed’ – and desperate to make amends for his crimes.

Ali Zahawy was sentenced to 22 years in prison in 2017 for the murder of Andre Aderemi, 19, on the Monks Hill estate in Croydon, South London, in August 2016.

His mother Dunia Shafik, who appeared in Channel 5’s Lawless Britain on Monday night and makes frequent visits to her son at Belmarsh Prison, told how she has thrown herself into working for charities tackling gang violence following the brutal killing, as part of a desperate attempt to somehow make amends for Zahawy’s crimes.

‘I take any responsibility for any part that went wrong, because he’s my son and I’m his mother,’ she said on the show, which offered a terrifying insight into gang culture in London.

An emotional Dunia, who lives less than half a mile from the victim’s mother, Yemi Hughes, also spoke of how every time she sees her she longs ‘to give her relief even if it’s just for one minute, because no mother should be experiencing this’.

The mother, who was filmed bringing clothes to her son at prison, insisted she was neither looking for sympathy nor attempting to make excuses for what Zahawy did, but said it was important to tell her story so that other, ‘ordinary people’ like her could spot warning signs and prevent more senseless killing. 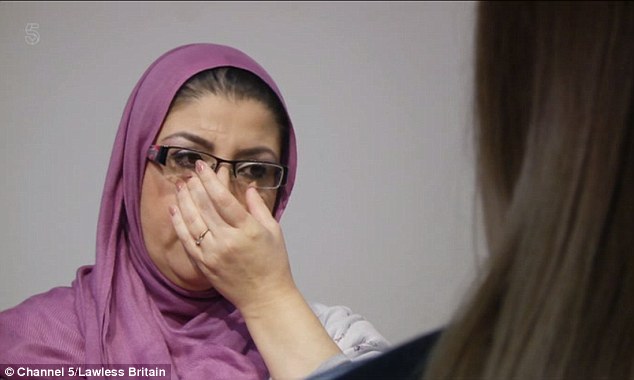 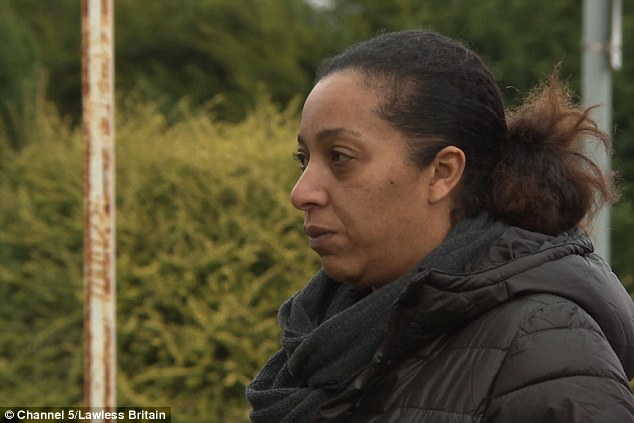 Andre’s mother Yemi Hughes appeared in Channel 5’s Lawless Britain where she spoke of the grief of losing her son to gang crime, saying she didn’t need an apology from the mother of her son’s killer but from Zahawy himself

The victim’s mother Yemi said the programme she it was Zehawy who needed to take responsibility, not Dunia.

She said: ‘There is nothing they can say where I would be like “ok maybe I can sympathise with why you did what you did”, there is no reason, none.’

Andre was brutally stabbed, kicked and beaten with a metal pole and bled to death on the Monks Hill Estate in Croydon, in August 2016, by teenage love rival Zahawy, who boasted about ‘shanking’ gang members in a video footage filmed just months before the murder.

Zawahy was convicted of murder alongside Rodney Mukasa, 21, and another gang member Fabio Cela, 21, who was found guilty of manslaughter in May 2017.

Dunia said of life since that day: ‘It is very painful, because at the end of the day I am a mum.

‘If this is the pain I am going through then she’s not having this opportunity. It just gives me the feeling of being so ashamed.’

Zahawy was a member the gang Shrublands Boys – which included Cela and Mukasa – which was locked in a bitter feud with the Money Habits gang, of which Andre was a member.

Andre was killed when he tried to defend his best friend from her controlling boyfriend Cela. He wanted the girl – who cannot be named because of her age – to break up with Cela because of the way he treated her.

Hostilities escalated until Cela recruited Zahawy and Mukasa to attack Mr Aderemi on the Monks Hill Estate in Croydon.

Andre had lived on the estate for most of his life with his mother and two brothers, but had been forced to move away just weeks before over fears for his family’s safety. 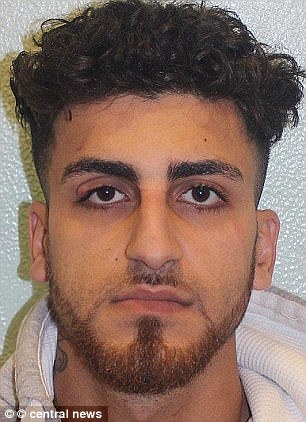 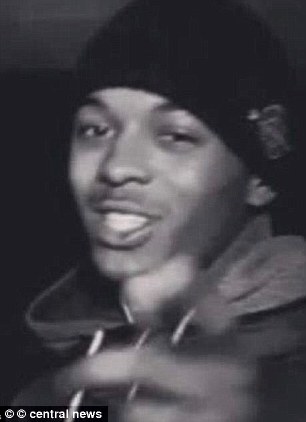 Ali Zahawy, 20, seen left, was sentenced to 22 years in 2017 for the murder of Andre Aderemi, 19, seen right, who was stabbed to death on the Monks Hill estate in Croydon, South East London, in August 2016 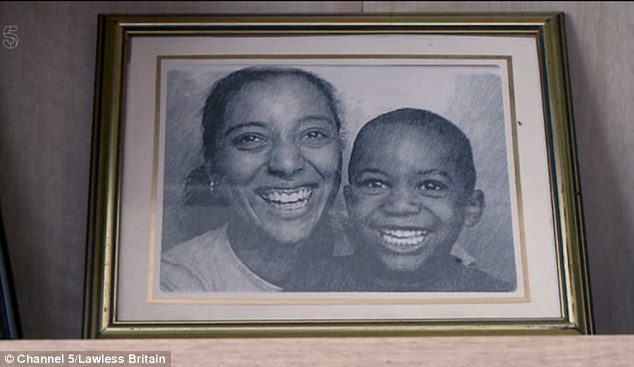 Andre had been brutally stabbed, kicked and beaten with a metal pole before bleeding to death in the planned attack at the hands of Zawahy, his accomplice Rodney Mukasa, who was also found guilty of murder and a third man Fabio Cela who was found guilty of manslaughter 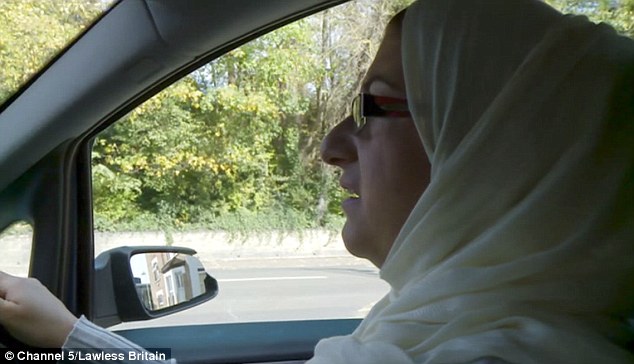 Dunia has been trying to make amends for her son’s crime, working with charities to raise awareness of knife crime and says that she feels the perpetrator’s story should be told so that parents can spot any danger 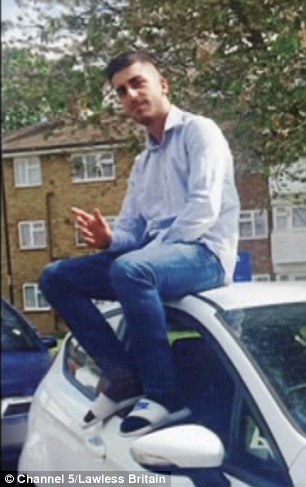 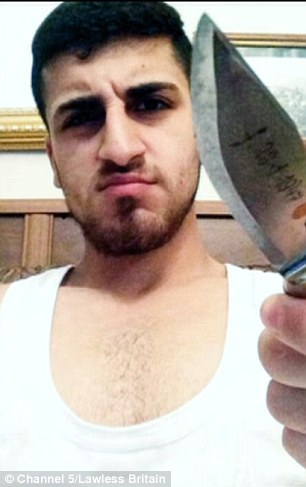 Dunia said her son became troubled between ages 18-20 when he made friends with a gang called the Shrublands Boys in Croydon. She said he was ‘out of education and employment’ and within two and half months Zahawy had murdered Andre

Dunia said in the programme: ‘From the day that he [Zahawy] got arrested, life really becomes meaningless. Happiness is not there anymore, it’s a huge amount of conflict.’

Since her son’s conviction Dunia has been seeking to make amends for her son’s crime by working with charities working to stop gang violence and knife crime.

‘Why I am doing this? I’m not looking for sympathy or empathy. I need to tell my story so parents look out or signs and do something. We are ordinary people who need to put an end to this.’

However, speaking out has meant Dunia has received a large amount of negative backlash from people who she says are ‘interpreting it as a mother coming up with excuses for her son’s crime’.

‘That is not what I am doing, the perpetrator’s side of the story needs to be told because they know why things can go wrong.

‘Things went wrong, if you blame me I take responsibility but there is more to it. If you keep blaming me nothing is going to change out there.’ 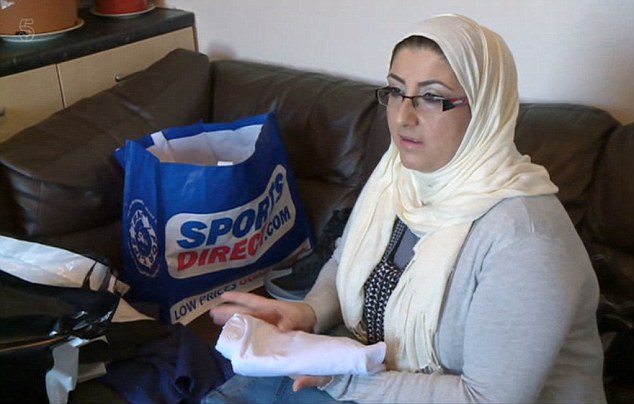 The mother has stood by her son and regularly visits him in prison, in the documentary she is seen taking three bags of clothes to him 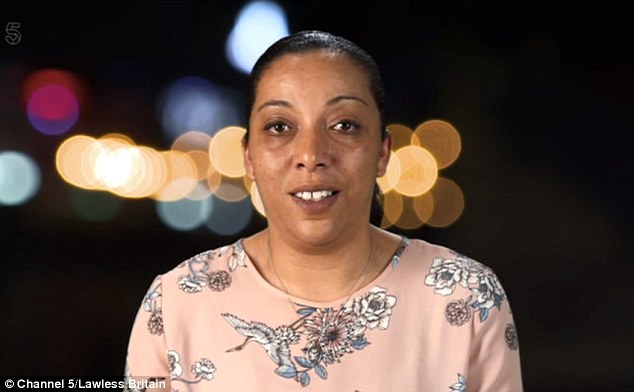 The two mothers finally met face-to-face earlier this year during an appearance on LBC Radio, where Dunia apologised for her son but Yemi later said that it’s not Dunia who should be sorry

Yemi, whose life was forever changed the moment she found out of her son’s murder, met Dunia live on LBC Radio in April of this year, where Dunia offered her apologies and agreed they were both fighting for the same cause.

But Yemi later said on the Channel 5 programme: ‘She didn’t kill my child. So even when she said to me I apologise, I said to her “you do not need to apologise to me because this is not what you’ve done, your son made his own choices like young people do”.

‘They are making a choice good or bad, and they need to take responsibility for what is going on.’

The mother, who has two other sons, later added of dealing with her grief: ‘Some days I feel angry, very angry.

‘Some days I feel nothing. You know, you killed my child and there is no explanation for that, there’s no reason why you did what you did. There’s none.

‘There is nothing they can say where I would be like “ok maybe I can sympathise with why you did what you did”, there is no reason, none.’

Lawless Britain is available to watch on Channel 5 player now

Footage was released after the trial shows 20-year-old Zahawy, of Croydon, grinning and brandishing the same knife he used to kill Mr Aderemi while driving a car.

The clip starts with Cela asking: ‘What you got for them?’

Zahawy wields the knife, wrapped in cloth, towards the camera.

Zahawy was referring to the Mr Aderemi’s gang Money Habits, which rivalled his gang Shrublands Boys – which includes Cela and Rodney Mukasa, 21.

It was filmed in the middle of the bitter feud between the two gangs and uploaded to social media in the months leading up to Mr Aderemi’s death.

Mr Aderemi was killed when he tried to defend his best friend from her controlling boyfriend Cela.

He wanted the girl – who cannot be named because of her age – to break up with Cela because of the way he treated her.

Andre had lived on the estate for most of his life with his mother and two brothers, but had been forced to move away just weeks before over fears for his family’s safety.

But on the day in question, he persuaded his mother to drop him off at the estate’s Spa shop to meet friends.

It is believed he may have been set up because none of his friends – all members of the ‘Money Habits’ gang – were present.

Within half an hour of his arrival, the killers pulled up in a white Seat Ibiza.

He fled but fell on nearby Heather Way and was leapt upon by at least three youths, including one of them who was wielding a sword.

Andre suffered multiple stab wounds, kicks and blows with a metal bar and bled to death despite being rushed to hospital by helicopter.

He had been stabbed seven times to the left side of his chest alone.

Zahawy and Mukasa both denied murder, but were convicted last year after a 10 week trial at the Old Bailey.

Cela was cleared of murder but convicted of an alternative count of manslaughter.