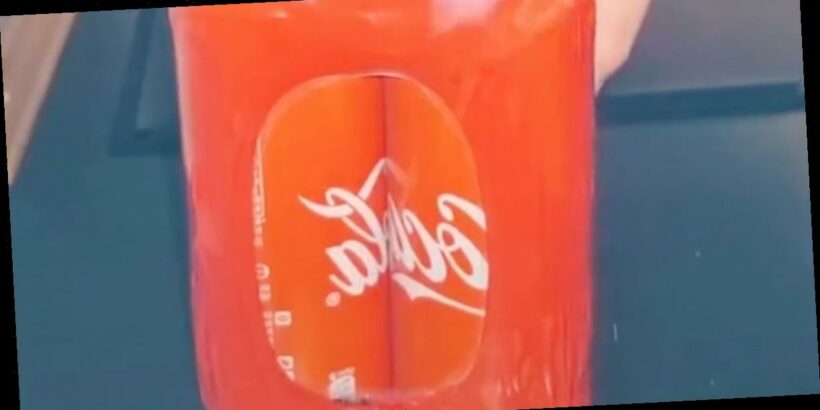 A woman has gone viral after sharing a hack to get a can of fizzy drink without poking your finger through the plastic wrappers – but viewers had mixed reactions.

Elena made the tutorial clip in response to the trending soundtrack "show me the life hack your randomly saw one day that is now an unconscious standard practice in your life" on TikTok.

In the video, she grabs a pack of Coca-Cola, removes one can out and places it on top of another one before hovering it around in circular motion until it pierces through the plastic wrapper.

She then effortlessly remove the wrapper and retrieves the can out from the pack.

That way, Elena doesn't need to use any tools or poke her fingers through the wrapper to get the cans out.

But the hack wasn't deemed that useful by some viewers, who questioned how she managed to get the first can out.

One asked: "Where do you get the first can to do this?"

"I think it's faster for me to rip the whole bag," a second added.

"Is this fact or crap?" a third wrote. "And imagine opening the first can after the shake."

A fourth gave his opinion: "It's a paradox. It's the same as needing scissors to open the packaging on a new pair of scissors."

It comes after TikTok user also stirred a debate for claiming people should sit backwards facing the wall when they go for poop.

Amy Troyer said the trick allows her to watch TV shows on tablet, eat and drink while pooping.