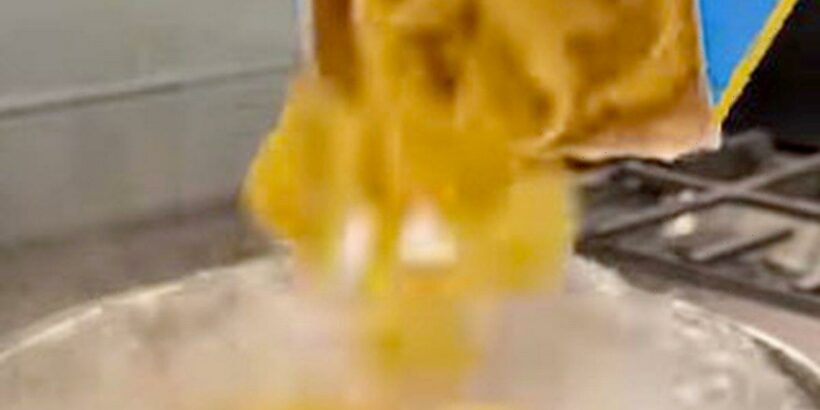 A woman claims she's found a way to save energy bills when cooking pasta – but Italians are fuming.

The common way to cook pasta is to boil them in water for a few minutes, depending on the type of pasta.

It could be as short as three minutes if they are fresh, or it could take up to 10 minutes for dry pastas.

"I just learned the coolest energy conservation tip for pasta," she said while demonstrating in a video.

"So you're going to cook your pasta in two boiling minutes, then you will turn the heat off, cover it and let it sit for 10 minutes.

"Then your pasta will be perfectly cooked every single time. Hope you love this tip, follow for more."

Some fans said they have been using the method to cook their pasta for years and said the residual heat stayed for 10 to 15 minutes.

But many were not convinced that the cooking hack can help bringing down the energy bill during the cost-of-living crisis.

"If anything you’re wasting energy. Gas isn’t electricity so using the microwave to time it is just using unnecessary power," one mentioned.

Another said: "I came to the comments to read the outrage. I'm Italian and this is dumb. If you're that cheap eat ramen and a kettle."

"You can’t be serious. That’s not a good way to make pasta because you’re not releasing all of the starch from it – you guys. Just stick with the regular plan," a third added.

A fourth called it a shame and said it "breaks my Italian heart".