When Luke Cage hit Netflix two years ago, the villains of Marvel’s third Defenders series seemed pretty cut and dry. There was Cornell "Cottonmouth" Stokes (Mahershala Ali), the nightclub owner doing some shady dealings, and his slippery sidekick Hernan "Shades" Alvarez (Theo Rossi). But as Season 1 of Luke Cage progressed, Alfre Woodard’s Mariah Dillard became tougher to pin down. At first she seemed to be a complicated politician with a heart, someone who was essentially good at her core despite her familial connection to Cottonmouth. She rejected anything that would have tied her to crime and even advocated for Cottonmouth to go legit. But midway through the critically lauded season, Luke Cage flipped the script and Mariah Dillard brutally murdered Cottonmouth and took his place as the crime boss of Harlem. It was a huge twist, and it directly shaped the rest of the season, and the upcoming Season 2 (streaming June 22 on Netflix).

But to hear Woodard tell it, Mariah isn’t all bad. Nor is she all good. In a sit-down with Bustle at a recent Netflix event in Hollywood, the veteran actor reveals she delights in playing Mariah as a real woman, a human being with all her flaws and imperfections, because that’s authentic to the human condition. And though Mariah’s sexual relationship with her much younger crime partner Shades may have come as a surprise to some viewers, Woodard made sure to play that up every chance she got in Season 2. 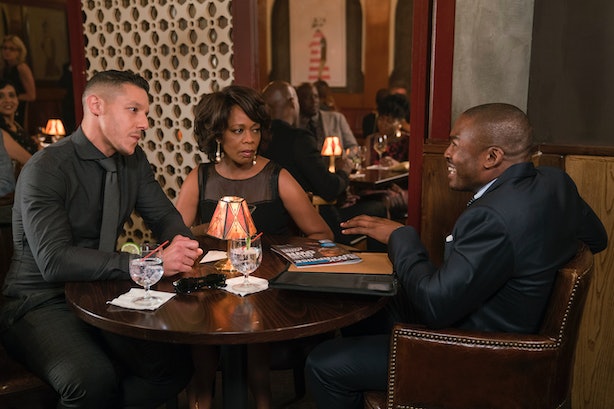 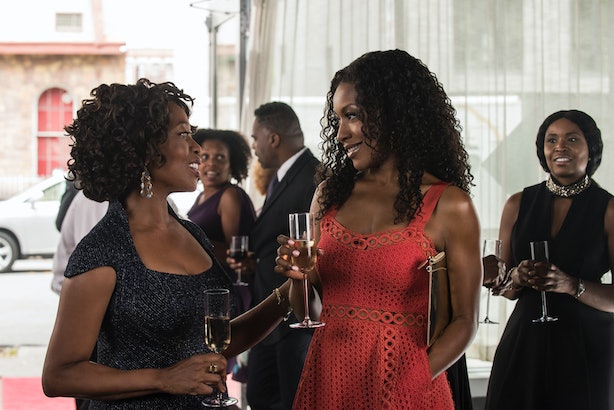 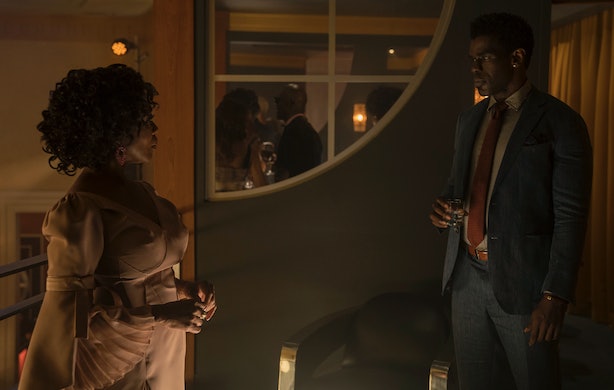 "Mariah really wasn’t a mother, that’s the thing," Woodard says. "She was an abused teenager. Her baby was taken away from her and she got to still carry on in her timeline as a teenager and a twenty-something all like that. We wanted to idealize moms so that everyone with a vagina can rock and nurse somebody, because that’s just not true. Motherhood gets expressed in a lot of ways."

And according to Woodard, Mariah "gets surprised" by how her relationship with her daughter is re-established this season when they do reunite. "But how it plays out, the actuality is that she wasn’t grown up, so she still reacts the way a teenager would and still makes those missteps, even though she has a grown child," Woodard adds. "She is still not mature in a maternal sense. She’s living in her own hurt and her own woundedness. So I don’t think she is a mother in the sense we expect from mothers. We either deify mothers or demonize them, but mothers are people. They are human beings and they’re all as different as their fingerprints are." We’ll see exactly how this relates to Mariah when Luke Cage Season 2 drops June 22.