The educational system in the U.S., from elementary school to college, is undeniably shaped by systemic racism and discrimination. The history of U.S. slavery, the Civil Rights Movement, and experiences of Black Americans are glossed over (or flat-out erased) in majority of school textbooks and high school classrooms. In particular, black female leaders and their groundbreaking, historical moments have been largely cut from the pages of our history books. Luckily, an upcoming comic book is hoping to change that: The graphic novel Wake: The Hidden History of Women-led Slave Revolts is unearthing the forgotten history of women who led slaves revolts in 18th Century British America.

Rather than simply writing a textbook about women-led slave revolts, Dr. Rebecca Hall — the scholar, activist, and educator behind Wake — opted to create a graphic novel with a futuristic twist. With the help of artist and illustrator Hugo Martinez, Wake blends the history of lost slave revolts with the present day. "Wake is the story of a historian, me, looking to find and recover the stories of African American women who participated in, and led slave revolts," Dr. Hall tells Bustle. "The funny thing is, the story of the process of uncovering this history ends up becoming as important as the stories themselves. This is where the concept and name Wake came from: It’s so much about how we live in the ‘wake’ of slavery, the afterlife of slavery, and the impact of that." 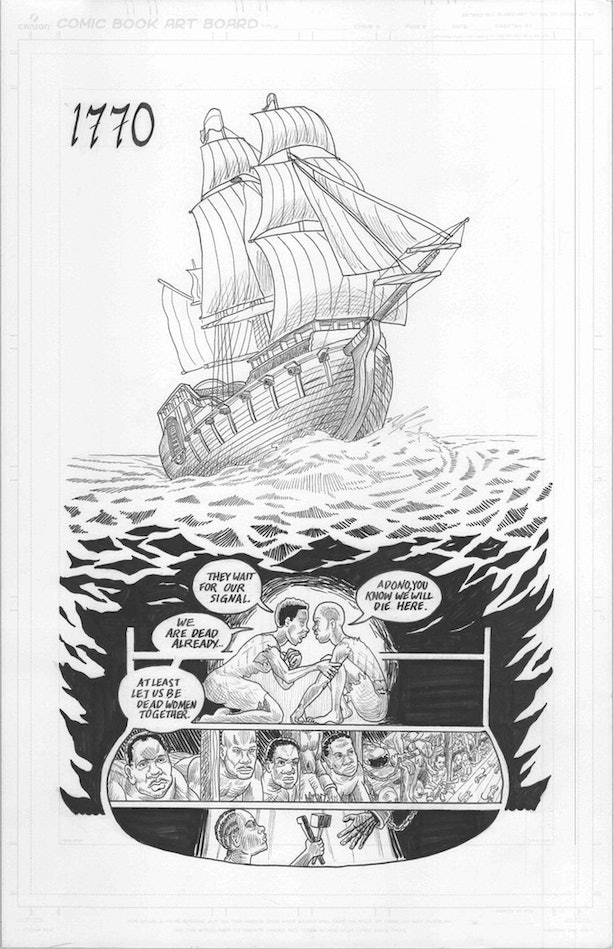 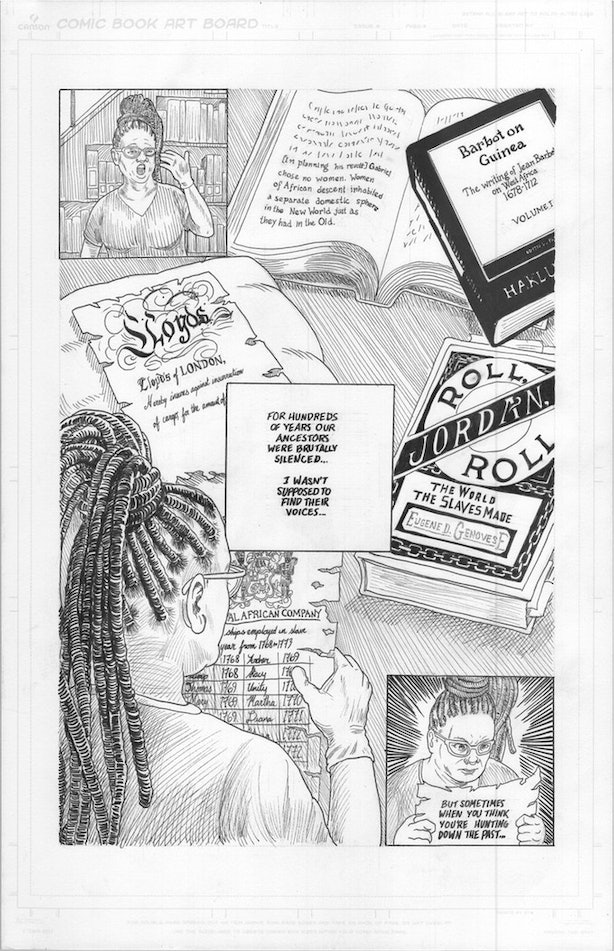 Though it would be easy to simply cite misogynoir as the reason why these slave revolts led by African American women have been left out of mainstream history, Dr. Hall says that it’s more complicated and surreptitious than that. "After slavery, the histories that were written about slavery were written by ex-slave owners, who were the dominant force at the time. They portrayed slavery as this benign institution where slaves were happy, and where there was, of course, no resistance," she says. Following World War II, historians began to shift their views on U.S. slavery, and compare it to concentration camps, but still did not acknowledge that African Americans kept as slaves led hundreds of revolts.

Even when Black men began to write about slave revolts in the 1970s, Dr. Hall says they still erased the women. "At the time, there was this whole anti-female backlash that was happening because the dominant narrative during this time was that black people were poor not because of institutionalized racism, but because our gender roles are dysfunctional," Dr. Hall says. "The ‘matriarchal Black woman’ who emasculates the Black man was the mainstream narrative. And, because of that, the historians who were covering slave revolts were making it very clear that women didn’t participate in slave revolts because they would never ‘undermine’ their man that way."

Now that she’s uncovered this history and is transforming it into a stunning graphic novel, Dr. Hall hopes that Wake will change the way that schools teach U.S. slavery, and that the book will impact everyone who reads it — especially young Black women. "My dream would be that Wake could be a book picked up by curriculums for eleventh grade U.S. History. I want students to understand history is important and complex. It’s about crucial issues, not just about memorizing dates," she says. "I also feel like Wake will be a crucial read for Black women. This a really rough time, and I want them to understand that it’s not hopeless, and that resistance is part of our legacy — resistance is what can help us survive."

The Kickstarter for Wake has already surpassed its funding goal, you can still pledge to the project through May 5. The extra donations will be used to take the graphic novel to upcoming events and cons like WakandaCon. Though there is no set release date for Wake, you can still follow along with Dr. Hall and Martinez on social media as they create it.