But a growing number are finding canny ways to avoid this fate and prove it is possible to emerge from the menopause even fitter and more attractive than when you were younger. Here, four fiftysomethings share their secrets . . .

My skin is so clear I hardly need make-up

Sharon Elder, 59, owns a commercial cleaning company with her husband Alan, 69. They live in Lancashire and each have two daughters from previous marriages and eight grandchildren between them. Sharon says:

Having seen friends struggle through the menopause, wafting themselves at the back door during dinner parties because of terrible hot flushes, I was dreading the change. But to my total surprise, it’s had a magical effect on my looks and wellbeing. 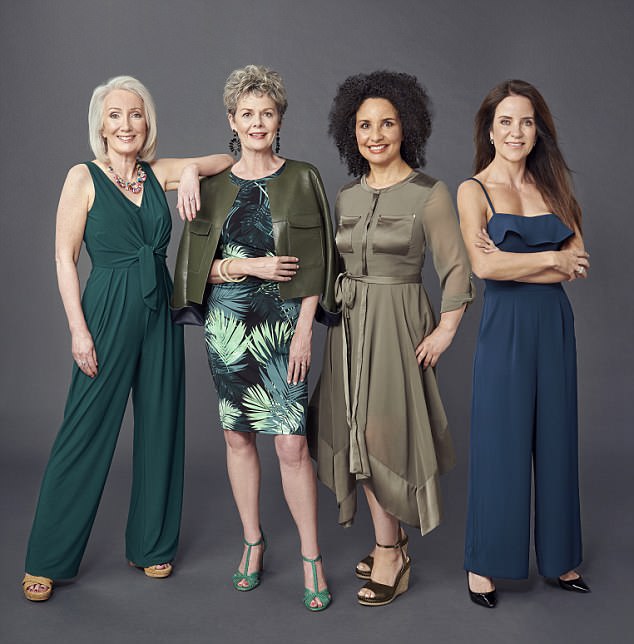 At a friend’s 60th birthday party last weekend, another female guest told me: ‘What a beautiful lady you are, you look lovely!’

I look more radiant and healthy than I did in my 30s and 40s, when I suffered so badly with irritable bowel syndrome that I was painfully thin — 6st 10lb at my lowest.

I looked drawn, tired and old and had terrible acne. But despite endless tests, medics couldn’t find a solution.

Everything changed when I started the menopause at the age of 52 and decided it was time to take charge.

Having read that cutting out wheat and dairy might help my tummy troubles, I eliminated both from my diet and within two weeks I felt like a different woman.

Not only could I enjoy food without suffering agonising stomach upsets and cramps, but my body was absorbing essential nutrients — and somehow I managed to stave off menopausal hot flushes and mood swings.

Most women worry about gaining weight during the menopause but I was delighted to finally reach 9st — a healthy weight for my 5ft 6in height. I also gave up my nightly glass of wine and my skin and energy levels improved dramatically.

I keep fit and toned and eat a healthy diet of porridge, soups, salads, salmon and vegetables, with a few treats thrown in, such as the occasional gluten-free afternoon tea with friends.

As my confidence grew, I decided to allow my natural grey to shine through after years of dyeing my hair blonde, and I updated my wardrobe with flattering skinny jeans and fashionable colours.

A decade ago I wouldn’t leave the house without a full face of make-up, but now I’ll happily go to the shops with nothing more than tinted moisturiser and a slick of lipstick because my skin is so clear. I’ll be 60 in June and I’m happy for people to think: ‘Wow, she looks fabulous at 60!’. 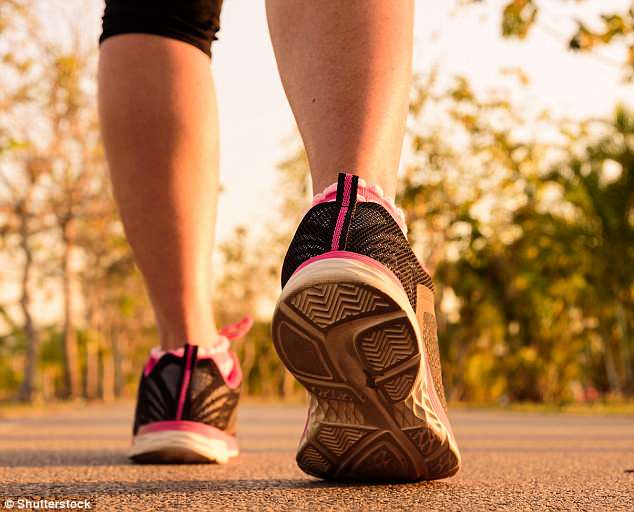 Lynne Rees, 59, is a lecturer and author and lives in Kent with her husband Tony, 74, an artist. She doesn’t have any children. She says:

Looking back, I was going through the menopause before I realised it, and I’m probably not alone in that.

I remember when I was 46 being in my room at a hotel in Canterbury, where I was giving a talk for work, feeling hot and flustered and thinking ‘I can’t do this’, which was very unlike me.

Friends have described this stage of life as being ‘ten years of hell’ and I feared that, too. But I’ve emerged looking and feeling better than ever. Despite being the same weight — around 9st — as I was in my 40s, I’m fitter and my body shape has changed for the better.

My waist is more defined than it was even in my 20s.

Yes, I had hot flushes, unexpected moments of vulnerability and many uncomfortable days feeling I didn’t fit into my own skin, but I was determined never to respond to the menopause as an illness or an obstacle that would get the better of me.

I believe it was this attitude, coupled with taking up running three years ago, that led to me feeling so fabulous that other people often mistake me for someone in her early 50s.

Running has had a sparkling effect on my energy levels, the appearance of my skin and my mental clarity, too — it has become my ‘thinking space’ and it really is a wonderful way to relieve stress.

Changing my drinking habits also made my menopause easier. At the start, if I drank two or three large glasses of wine I’d get a headache before I’d finished the last drop. Finally I realised that somehow the alcohol was causing larger crashes in oestrogen, so I reduced it to one glass of Shiraz at a time.

I do feel empathy for the many women who struggle horribly with the menopause — but I also think we can do a lot to try to manage it. 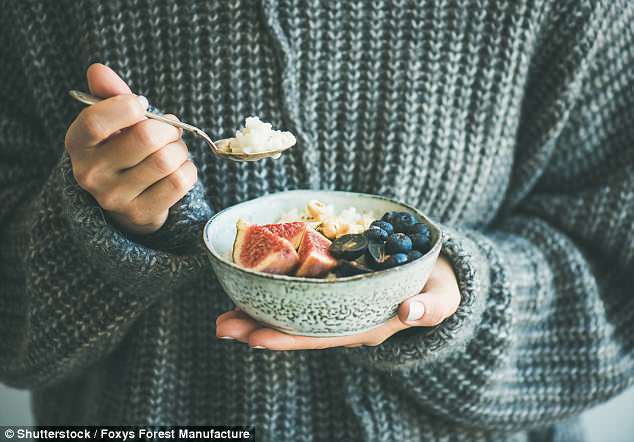 This isn’t how I expected to feel

Fiona Joseph, 51, is a historical author and speaker, and lives in Birmingham with her partner and her daughters Anna, 22, and Stella, 14. She says:

Even though I’m slap-bang in the middle of the menopause, my skin is glowing, I’ve got more zest than I’ve had for a decade and my partner tells me I’m sexier than ever.

Having also dropped to a dress size 12 for the first time since my early 40s, I can even swap clothes with my daughters.

It’s certainly not how I expected to look or feel at this age — but I have been utterly determined the menopause won’t get the better of me.

Until four years ago it wasn’t even on my radar, but when my usually regular periods became erratic, with occasional hot flushes thrown in, I wised up.

I pored over numerous gloomy articles on the potential for weight gain, depression and anxiety during the menopause and, having already crept up to a size 16 during my 40s, it gave me a real jolt that made me think, ‘I’m not having this!’.

Rather than resign myself to a turbulent midlife, I decided to take charge without resorting to hormone replacement therapy. I swapped my usual daily cycle ride — great for stamina but not suppleness — for yoga, and hired a personal trainer, whom I see once a week for an hour’s high-intensity workout.

I invested in a set of dumbbells, kettlebells and parallettes bars with which to do pull-ups, and I spend 30 minutes every morning doing stretching and strength exercises. I couldn’t manage three press-ups when I started but now I do 20 with ease.

I trained myself to stop snacking on fruit and biscuits by eating more filling protein and fats with my three main meals.

Breakfast is usually wholemeal toast with peanut butter and a banana, then a big bowl of spinach with avocado, wholegrains, seeds and olive oil for lunch, and a cottage pie for dinner, plus a couple of squares of dark chocolate and a handful of nuts.

I don’t own any scales but I’ve gradually dropped two dress sizes and in the past year I’ve received countless compliments from friends and family.

That has been a reason to revamp my wardrobe and I’ve even made a few purchases from New Look, inspired by my daughters, including a bright red jumper that has attracted many lovely comments.

Meanwhile, my skin is supple and glowing, which I put down to all the olive oil and nuts I eat, plus switching to inexpensive organic beauty products.

I haven’t managed to overcome the constant fog of menopausal forgetfulness yet, but it’s not the end of the world if I can’t remember what I went upstairs for.

I’m proof that simple changes to diet and exercise can outsmart certain elements of the menopause, eliciting changes in my weight, body shape and wellbeing that have left me feeling more alive than ever.

Angela Middleton, 55, is founder and CEO of MiddletonMurray, a training and recruitment company specialising in apprenticeships. She lives in West London and has two children aged 24 and 26. She says:

Despite being 55, I’m in the greatest shape of my life. It’s flattering that people assume I’m far younger and are aghast when they learn how old my children are.

For a short while I bought into the widely held belief that when you hit the menopause your body changes in ways you can’t control and you automatically get fat.

At just 5ft 2in tall, I had always been a small dress size 8 and 7st something, but by my early 50s the scales had reached 9st and size 10 clothes felt tight. It would have been easy to blame it on my hormones but instead I decided to question the menopausal stereotypes and take action.

I have friends who talk about the menopause as if it’s the end of the world, but I wasn’t up for that.

It was my son who persuaded me to try personal training focused on lifting weights. At that time all I really wanted was to get rid of my tummy rolls, but within six months there had been a dramatic and unexpected transformation in my body, which was significantly leaner and more defined.

Fast forward 18 months and I’m a small size 8 again, with the sort of stomach-muscle tone that I previously thought only athletes could achieve. I dug out some old photographs recently and I look better in a bikini now than I did in my 20s.

I weight-train with a personal trainer for an hour, four times a week. I also clock up 10,000 steps a day and eat more than I did before, because I’ve swapped pasta and other empty calories for more nutritious food.

Typically, I’ll have porridge plus a couple of eggs for breakfast, salmon and broccoli for lunch and ground beef with avocado and rice for dinner, as well as two snacks of yoghurt with nuts and berries.

It amounts to around 2,000 calories a day. But if I fancy a glass or two of champagne or a piece of cheesecake in a restaurant, I don’t deny myself.

My energy levels are through the roof, my hair and nails grow at record speed and my skin is clearer and more supple.

I have regular facials at the beauty salon in Harrods and love the electro frequency treatment at FaceGym on the King’s Road in Chelsea, plus I use a Liz Earle face mask at home every morning.

It’s a real shame if women enter the menopause believing it inevitably means the end of their confidence, fitness, looks and figure.

I’m proof that, with the right mindset, it’s actually only the beginning.