The comic book where Wonder Woman made her debut in the DC Universe has been auctioned off for seven figures.

Heritage Auctions, a multinational collectibles auctioneer in Dallas, put the eighth issue of All Star Comics up for sale, and a buyer purchased it for $1.62 million.

The comic, which was published in 1942, received a 9.4 NM grading from the Certified Guaranty Company (CGC) – meaning it’s in "near mint" condition, according to the comic book grading service.

Thirty-five fans placed bids on the comic book before the winning bid was placed on Thursday, June 16. 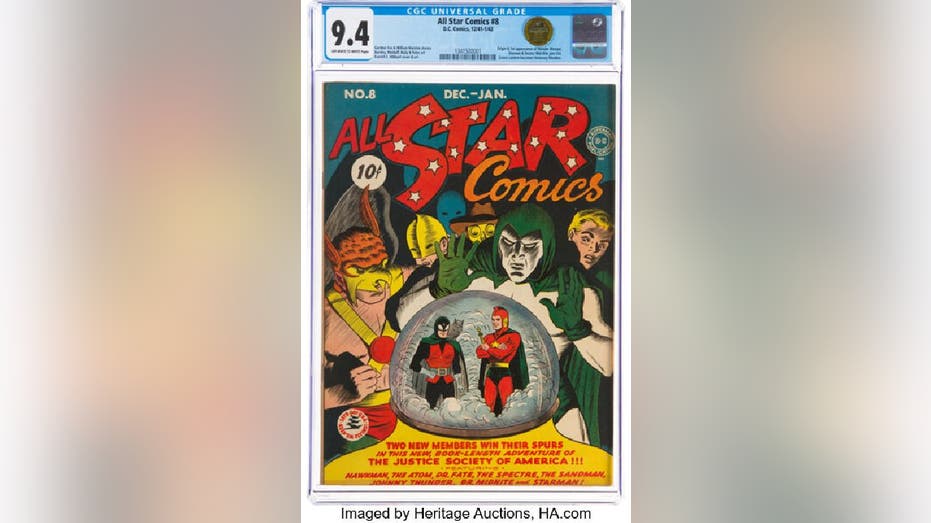 "Heritage Auctions experts never have seen a blue label copy of this issue with a grade higher than VF 8.0 before the copy offered in this sale," the auction house wrote in a press release.

"In other words, this is one of the most important issues in DC's history – it is tied for the No. 12 position on Overstreet's list of Top 100 Golden Age Comics – and it is one of the toughest to find in high grade," Heritage Auctions continued.

BATMAN NO. 1 COPY TO SELL FOR $1.8 MILLION – BUT ONLY IN FRACTIONAL OWNERSHIP

The anthology superhero comic was published by National Allied Publications before the company rebranded to DC Comics in 1977. 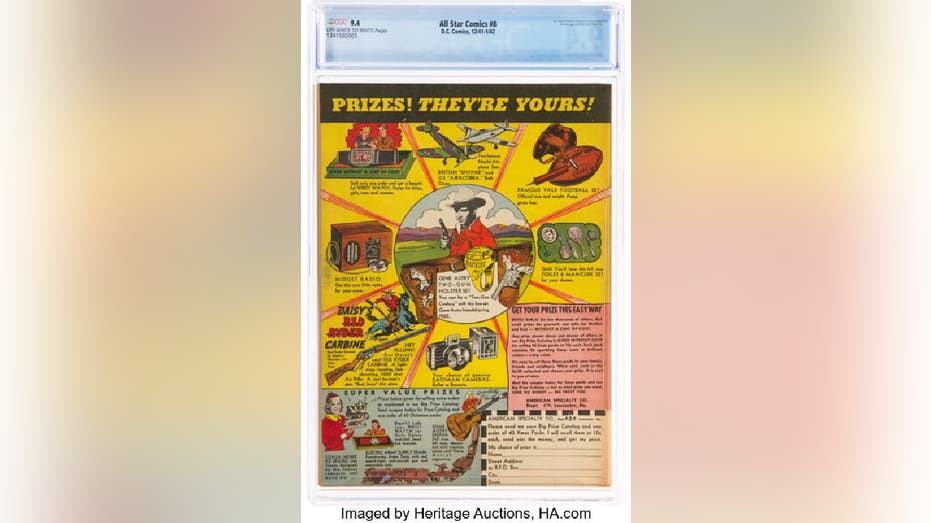 National Allied Publications release 57 issues of All Star Comics between 1940 and 1951.

The series followed the Justice Society of America – a superhero group of that included Hawkman, The Atom, Dr. Fate, The Specter, The Sandman, Johnny Thunder, Dr. Midnite and Starman.

Wonder Woman made her debut in the eighth issue as Princess Diana, an Amazonian heroine who had "[a] hundred times the agility and strength of our best male athletes and strongest wrestlers."

Her introduction in the comic book said she left her home, Paradise Island, to fight in World War II.

DC Comics has an estimated net worth of $10 billion, according to Biography Gist – a celebrity news and biography website.