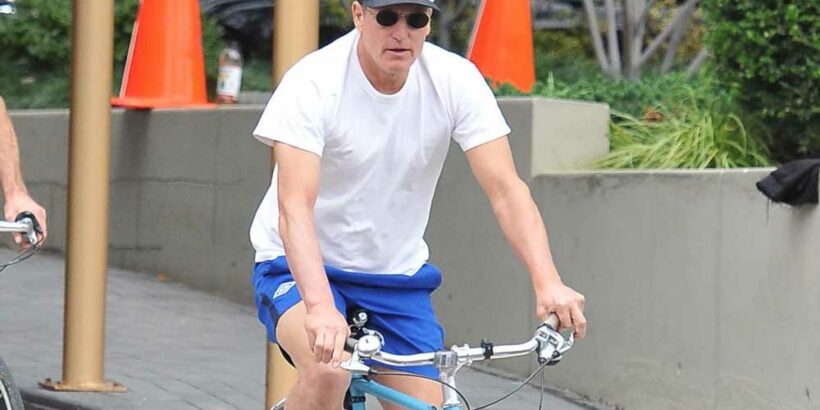 Best star snaps of the week: Bikes, bags and bears. Oh my!

Woody Harrelson was snapped biking through Washington D.C. two days after punching an aggressive photog on the Watergate Hotel rooftop.

The Emmy-winning actor was seen wearing a white T-shirt, blue shorts and flip flops while riding a light blue bike in the District Friday. He topped off the look with a pair of round-framed sunglasses and a “Mahal” hat.

Per an incident report obtained by Page Six, police were called to the infamous hotel around 11 p.m. Wednesday.

The unidentified man allegedly took several photos of the “Zombieland” actor, 60, and one of his daughters, prompting Harrelson to approach and demand he stop taking pics and delete the one’s he’d already taken.

Harrelson claims the man then lunged at him “in an attempt to grab his neck,” according to the report. In self-defense, the actor punched the aggressor in the neck, the report reads.

The man, who appeared intoxicated, was then questioned in his room by police. Charges are currently pending during the ongoing investigation. Harrelson called in the report.

The actor is currently in the U.S. Capital filming “The White House Plumbers,” an upcoming HBO miniseries about the Watergate scandal.

The five part-series will be based in part on the book “Integrity” by Egil “Bud” Krogh and Matthew Krogh, as well as public records.