One of the world's most successful theatre producers and owners is poised to make a significant investment into Sydney's cultural landscape.

Sir Howard Panter, who built Ambassador Theatre Group with his wife and business partner Rosemary Squire in 1992, going on to own the most theatres in the world and become one of the biggest producers, has since launched a new company.

Now he has his sights set on Sydney.

"We always felt Sydney was under-served when we were here in the capacity of Ambassadors, and we still think it is under-served in terms of theatre space," he said.

Trafalgar Entertainment Group’s Sir Howard Panter and Tim McFarlane have revealed plans to invest in up to three theatres in Sydney.Credit:Louie Douvis

"I genuinely believe the performing talent is the best in the world, but the infrastructure, particularly in Sydney, is just not there. There's no competition, there's no houses of 1100 seats like a city like, say, Toronto might have.

"Sydney still has what we believe is great untapped potential."

To address this, Sir Howard and his team at Trafalgar, which includes Ambassador's former Asia-Pacific boss Tim McFarlane, who now heads up the region's arm of Trafalgar, commenced negotiations with Dexus – the company that owns the building the Theatre Royal languishes in – to take over the tenancy of the space and return it to its former glory.

The offer on the table for Dexus to consider includes a financial investment in refurbishing the space in return for the tenancy allowing them to present their own productions and book it out to other producers.

The initial approach was made by Trafalgar in April and Dexus has promised to make a decision by the end of the year. If successful, Sir Howard says the theatre could be operating again within six to nine months. 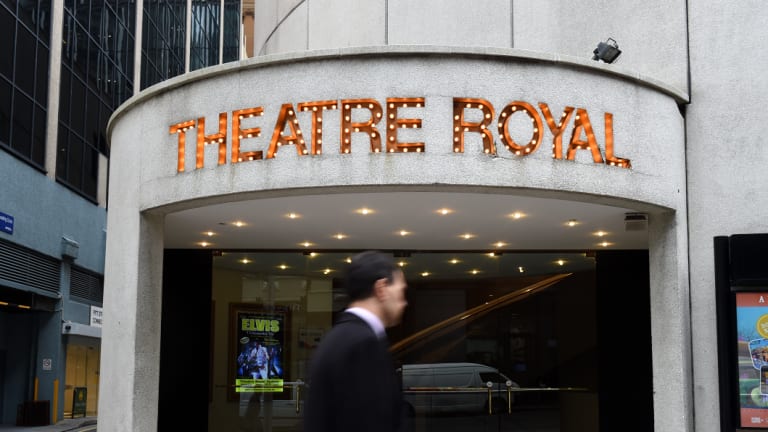 Australian producers, performers and creatives have launched a petition to save the Theatre Royal.Credit:AAP

But the Theatre Royal isn't the only theatre he would like to run.

Trafalgar has also commenced discussions with the operators of the Riverside Theatre in Parramatta, to potentially invest in a larger theatre space and run the venue.

"Western Sydney is one of the fastest-growing areas in Australia but to an extent you have to build the infrastructure for the audience to come," McFarlane said.

"Companies like Australian Ballet and Opera Australia are doing performances out there but if you had a larger venue they would be able to perform there more often."

Sir Howard said the company would also be interested in operating the new venue that has been mooted for the current space occupied by the Powerhouse Museum in Ultimo.

Under his leadership, Ambassador Theatre Group, which owned houses on Broadway and the West End as well as a number of regional theatres in the UK and US, produced a number of award-winning plays and musicals as well as adapting mainstage shows for bus and truck tours to regional areas.

A number of the adapted productions have made their way to Australia over the years. Recent productions of The Rocky Horror Show, Grease and Dirty Dancing were all beneficiaries of the Ambassador's model, and Sir Howard intends to continue that work in Australia, both with imported productions and work that is generated here.

"Like I said, the talent in Australia is the best in the world, certainly in terms of music theatre," he says. "One of the issues with Australian theatre [is that] it has been far too import-orientated and not enough export-orientated. We would like to be taking productions out of the country but also into areas of the country they may not have been before.

"But then through the cinema distribution arm we can take it to a whole new audience, be it an audience that doesn't want to drive into Sydney or can't drive into Sydney, or does not wish to pay the price of the ticket. We can democratise the content and take it to other places so it is, in effect, an exporter."

And while Sydney is certainly the focus at the moment, Sir Howard said he is already considering opportunities in other cities to diversify his theatre portfolio.

Sir Howard and McFarlane were set to meet with Dexus on Monday to continue discussing plans for the Theatre Royal, in the wake of a petition launched on Friday by the live performance industry to save the space from possible redevelopment.

The petition had been signed by more than 3000 people by Monday afternoon.