Would you try a Pot Noodle SANDWICH? Man divides the internet by insisting the snack should only be eaten between two slices of bread – but others claim he should ‘go to hell’

A British man has divided the internet by claiming the ‘only way a Pot Noodle should be eaten’ is in between two slices of white bread.

In a picture posted on a Reddit thread, he revealed how he makes the odd creation by pouring away the soup and placing the noddles on heavily white bread.

The sight of the unusual dish disgusted many fellow Redditors with some saying its creator should ‘go to hell’ and that it was ‘gross’.

But others were left intrigued promising to sample the delicacy themselves. 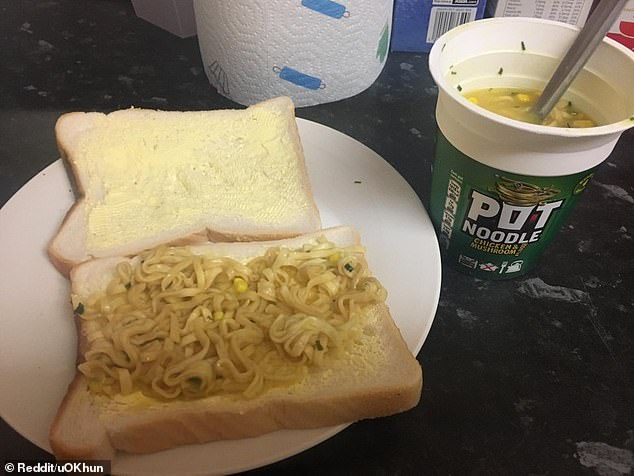 However, not many people on the CasualUK Reddit thread agreed with the original poster ‘UOkHun’ and their bold statement about the snack.

‘No just no,’ said one, while a fourth joked: ‘I thought the only way to eat a Pot Noodle was to not eat it.’

But not everyone was put off with one saying that they couldn’t help wanting to try it, declaring themselves: ‘Outraged and intrigued.’

‘This is wonderful,’ said another.

Some people were not totally against the idea of the snack in a sandwich, as they considered trying out the unusual dish 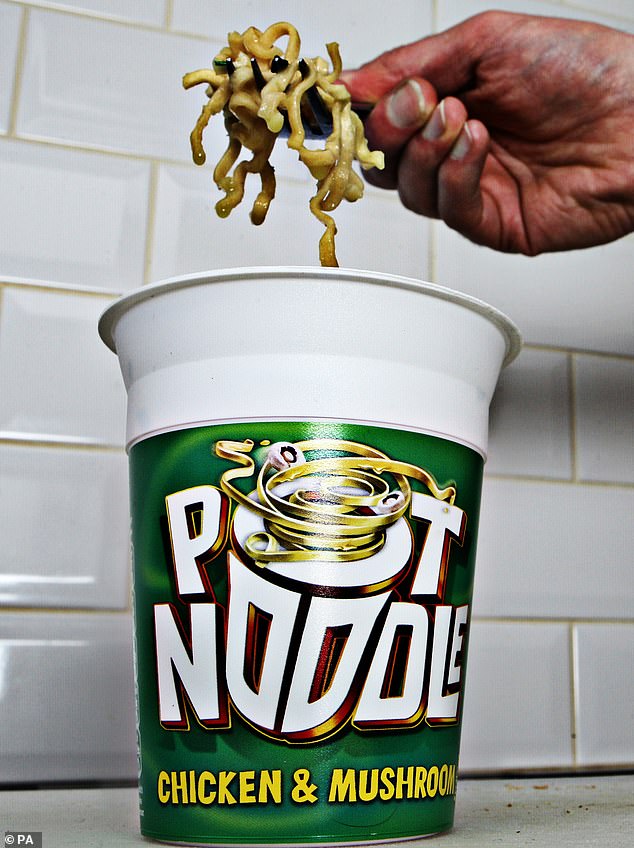 When consuming a Pot Noodle people tend to pour in the water to the fill line and then add in the flavour sachet, but the Redditor seemed to suggest draining the noodles from the soup and adding it to the bread is the best way

A Pot Noodle is traditionally eaten with water poured into the plastic cup and the sachet contained inside squeezed in to add flavour.

But the Reddit thread came to the agreement that the way to try out the sandwich was to drain the noodles from the soup.

This is to prevent the bread from going soggy with the water but still maintaining the flavour.