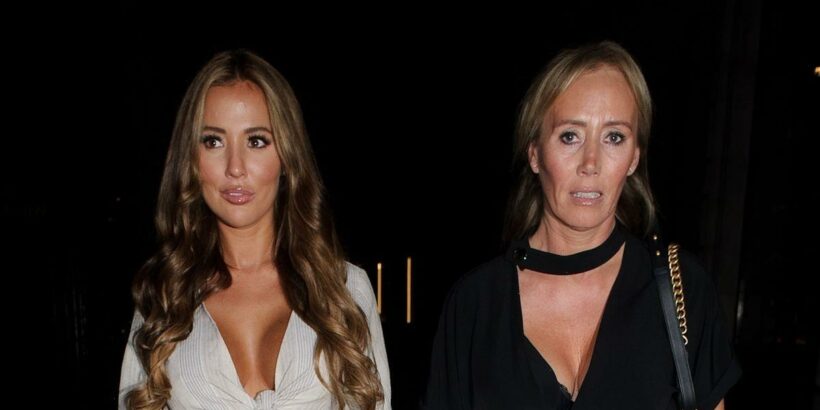 Yazmin Oukhellou was recently involved in a life-threatening car crash in Turkey which has left her with serious injuries, and her mum Lisa has now jetted off to be by her side as she recovers.

The Only Way Is Essex star, 28, and her on-and-off again boyfriend Jake McLean, 33, had been driving in Bodrum, Turkey on Sunday 4 July when their car crashed off a cliff.

Jake, who is thought to have been at the wheel, sadly died after the crash and Yazmin was taken to hospital where she remains in critical condition.

"It's a complete tragedy and a total loss of life. Everyone is in shock and hoping Yazmin makes a full recovery," a source told Daily Mail.

Yazmin's mum Lisa has now jetted off to Turkey to be by her daughter's side as she recovers, and many of Yazmin's fellow TOWIE co-stars, including Amber Turner and Amy Chlds, have paid tribute to her online and wished her well.

The 28 year old shares a close bond with her mum, who hails from Scotland, and the pair occasionally share sweet snaps together on social media, with Yazmin branding her her "best friend".

Lisa's own Instagram account is filled with photographs of her TV star daughter, along with many of her husband Hamid and son Adam.

Yazmin's dad Hamid, who hails from Morocco, has previously appeared on The Only Way Is Essex and he even once issued her ex-boyfriend James Lock, 35, a warning about "his intentions" during the early stages of the pair's romance.

He has worked as a director at Grays Tyres and Garage Limited in London since 2000, and his son Adam, 33, also works alongside him.

Adam is no stranger to reality TV and previously starred in the sixth series of MTV's Ex on the Beach in 2017, before going on to appear on TOWIE alongside his younger sister the following year.

The 33 year old confronted James about his aggressive behaviour when he appeared on the ITVBe show, and also enjoyed a short-lived romance with Chloe Sims, 40.

Adam went on to date Nicole Bass, who previously appeared on TOWIE and EOTB, as well as Geordie Shore star Chantelle Connelly. He now runs a garage business alongside his dad, and according to The Sun, he previously opened up about his job, saying: "I never got on at school, and my dad owned a business, and I dropped out of school and started working with him."

Adam is believed to have been the one to introduce Yazmin to ex-boyfriend James, and the pair went on to date on and off for around five years.