Woman, 22, injured in a car accident on her way home from a night out reveals she’d REMOVED her seat belt because she ‘felt sick’ from drinking – and has vowed to give up partying

A young woman feared she would be left paralysed for life after she was involved in a high speed car crash while travelling without a seat belt.

Megan Goad, now 22, appeared in the Channel 4 series 24 Hours in A&E, for which she was filmed being rushed into St George’s Hospital in London with a suspected spinal injury, complaining that she couldn’t feel her legs.

She had removed her seat belt because she ‘felt sick’ after drinking on a night out.

Unfortunately that was the exact moment her friend, who was driving, lost control of the vehicle and hit a tree seeing Megan hit the windscreen.

Luckily for Megan, despite initial worries she may never walk again, she made a full recovery and declared to her father that she ‘wouldn’t be drinking for a long time’. 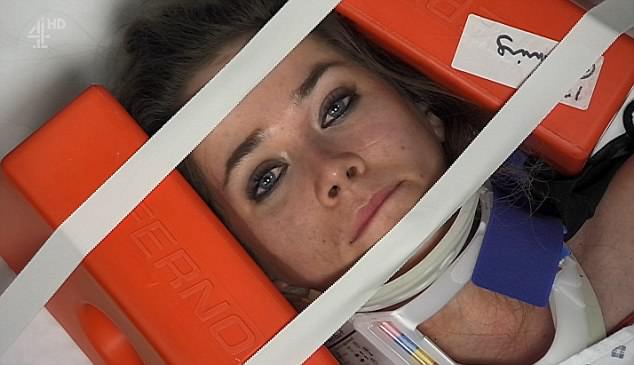 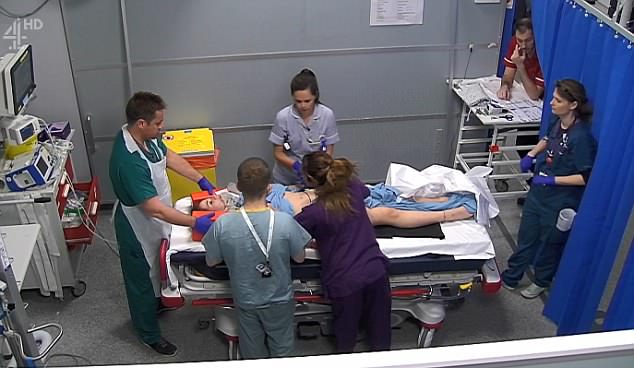 Then 20, Megan had been rushed into St George’s Hospital as doctors worried her injuries were more serious when she said she couldn’t feel her legs 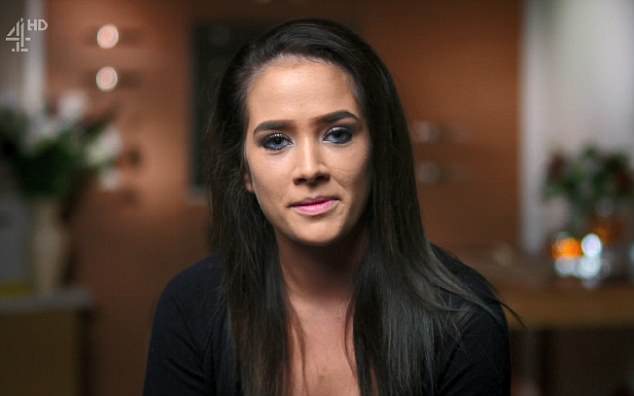 ‘[I was in the car and] I thought was going to be sick so I took my seatbelt off. But that was the very moment he must have lost control,’ she explained.

‘It was one of those dark winding roads where you can’t see well. That split second decision changed everything.

‘If I had just worn a seat belt I would have been okay.’

When Megan reached the hospital trauma surgeon Dr Marwa el-Zanfaly carried out a series on checks on her, poking Megan’s thigh with a pin, but she worryingly said she couldn’t feel a thing.

Marwa described Megan as a patient who ‘bulls-eyed’ the windscreen which means ‘the person hits glass so hard that it smashes in a dart-board shaped crack’. 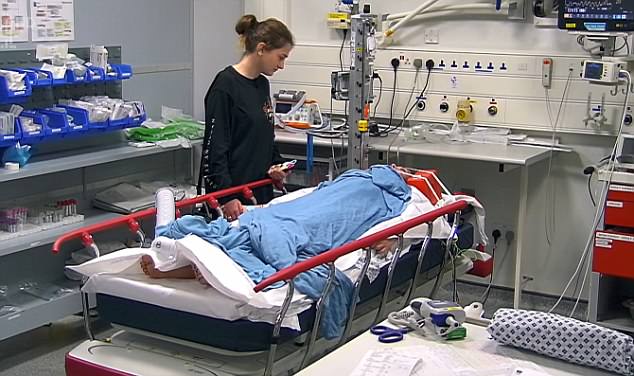 Megan’s sister Abby, then 17, received the phone call from the police who told her that she could have potentially life-threatening injuries 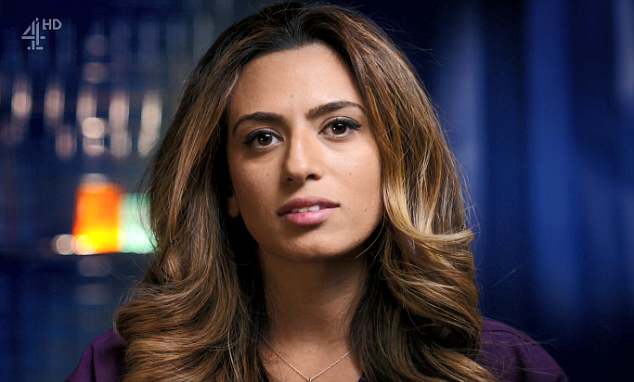 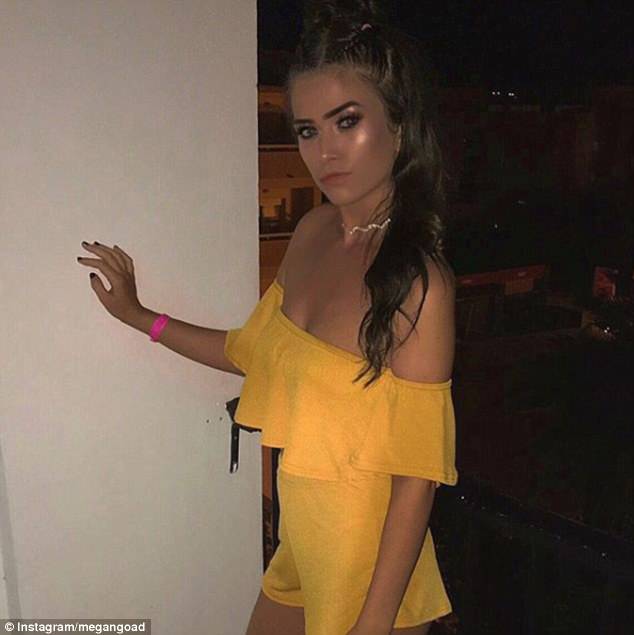 Her sister Abby, then 17, received the gut-wrenching phone call from police who told her that Megan had been involved in a serious car accident with potentially life-changing injuries.

Abby had to wait for their father Rob, who is separated from their mother, to arrive at the hospital as Marwa shared the worrying extent of Megan’s injuries.

Outgoing Megan was warned by her father Rob to calm down her hedonistic lifestyle: ‘She has always been a sociable girl, it got a bit more serious when she got older.’

Abby added: ‘We never really saw her that much, she would always come home and be hungover and ill.

‘Earlier this year she went to London to go out for her friend’s birthday a lot of them she didn’t know at all, I said to her you don’t really know these people it’s not going to be a good idea, but she said she knew what she was doing and went anyway.

‘She drank some punch and it was spiked with ecstasy.’ 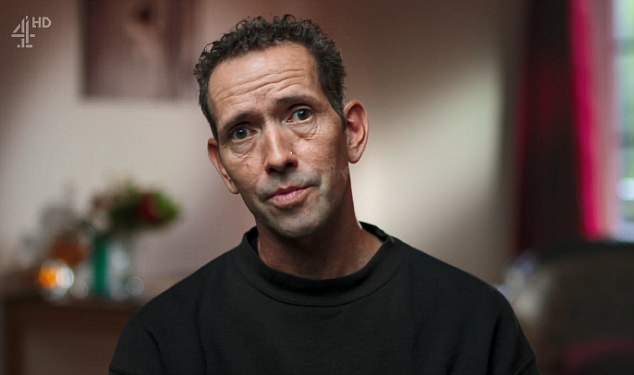 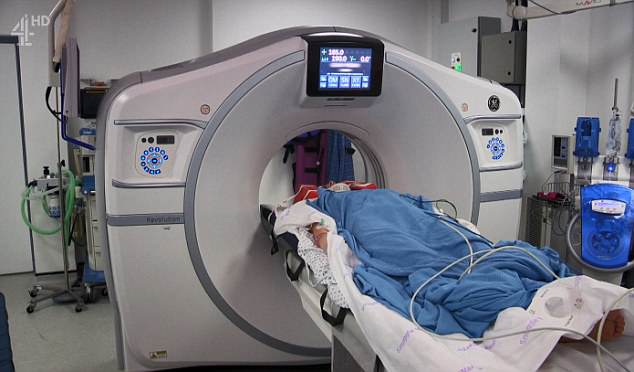 Megan went for an MRI scan to determine if she would ever walk again, but it was later revealed that she made a full recovery

Rob explained: ‘I think it was maybe a joke, but it backfired really, she ended up collapsing in a taxi on the way to the club and she had to get rushed to hospital.’

Megan wept on the hospital bed as she insisted she was ‘not drinking for a long time’, as her father told her that she was ‘out of control’ and had seen a big change in her behaviour.

‘I feel like I might have been able to stop this if I’d still been at home, I bare some responsibility for that,’ Rob added.

Megan went for an MRI scan to determine if she would ever walk again, but it was later revealed that she made a full recovery.

She said: ‘The accident definitely brought us a lot closer together.

‘I think it’s important that I give them a hug and tell them I love them every day because you don’t know what is round the corner and what is going to happen.’