If you’ve ever tried using Google Home, or any virtual assistant, chances are you’ve dealt with the technology misinterpreting one of your commands at one point or another. And if you are multilingual, or speak accented English, you’re probably even more familiar with the exasperation that comes from a voice-commanded device not understanding you.

Luckily, the team over at Google has been listening to the feedback from its bilingual and multilingual users. Starting today, owners of any Google Home products and phones that use Google Assistant can now take advantage of the new multilingual feature, a representative for the brand tells Bustle via email. This feature allows the Google Assistant to speak and understand two languages interchangeably. The tech is already fluent in languages like Spanish, French, German, Italian, and Japanese, among others, but the ability to weave in and out of multiple languages in commands is new.

The update couldn’t come at a better time: smart speakers continue to be the world’s fastest growing consumer tech segment, and it’s estimated that more than half of the world’s population speaks more than one language. In the New York metro area, for example, 38 percent of the population age 5 and over speak a language other than English at home. In Los Angeles, that number is around 54 percent, the U.S. Census Bureau found in 2015. And further, in the U.S., one in five households with Wifi own a smart speaker, according to The Washington Post.

But it’s also worth noting that people with nonnative English accents face the biggest issues when using smart speakers like Google Home, according to The Washington Post. One key finding: users with Spanish as their first language were understood approximately 6 percent less often than people who grew up in the Western U.S. This is notable considering that the U.S. is the second largest Spanish-speaking country in the world after Mexico.

Carolina Barrera-Tobon, an assistant professor of modern languages at Chicago’s DePaul University, told Select All, “These tools were ‘standardized’ by, and consequently for, a very specific audience.” The standard often used to program devices, explained The Washington Post piece, is considered “broadcast English,” aka the mostly white and nonimmigrant accent associated with TV newscasters. (Which, as a recent episode of NPR’s Code Switch will have you know, is actually most similar to the accent of people native to Cleveland, Ohio.) As a result, tech can have an unintentional bias towards misunderstanding people who don’t fall under those categories. 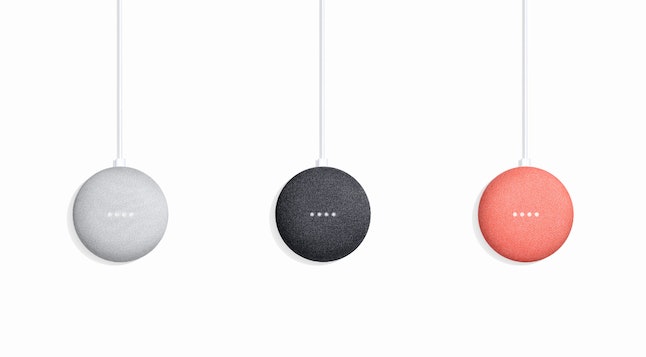 That being said, this new update will undoubtedly help the folks whose day-to-day tasks — like the kind the Google Assistant is designed to help with — are conducted in more than one language. With plans to roll out more than 30 languages for its devices by the end of the year, Google is thankfully diversifying its product to meet the needs of a multilingual audience. The fact that Google Home users can now just as easily call their mom in Spanish (or French, or Japanese), then ask where the nearest Greek restaurant is in English a moment later, is definitely a major move.