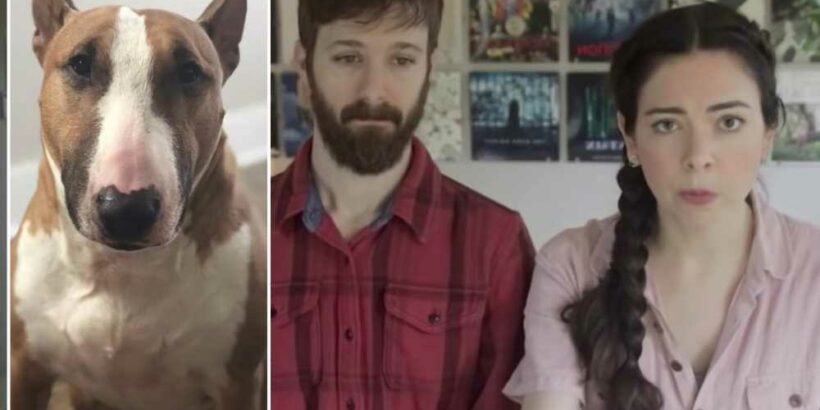 YouTube TV pulled from Roku amid spat with Google

YouTuber Nikki Phillippi has come under fire for her decision to euthanize her 9-year-old dog Bowser after he nipped her son, Logan.

The blogger announced the news on May 4 in a lengthy Instagram post. After she received backlash for her decision, Phillippi and her husband Dan explained their reasoning behind the act in a new video.

“Bowser had an aggressive side that reared its ugly head a few times over the years… and recently he bit Logan….after a lot of counsel, we decided it was time for Bowser to pass peacefully on,” she wrote alongside a photo of herself kissing the pooch. “I know a lot of you will be shocked to hear this… my brain is still shocked. McTrowsen has been part of our life and content HIS entire life…and for the last 9 years of our marriage…”

She continued, “We didn’t want to make this decision…as I’m sure you can imagine. I’m not kidding when I say this was one of the saddest days of my life. That being said, I’m so grateful we got to hold him and kiss him in our home while he passed…I will be uploading a video tonight with more of the story if you want to know….We will miss you forever Bowser.”

In her newest YouTube video, Phillippi said that she tried to contact the humane society in a bid to re-home the dog. However, it “was not an option as he had been with us from birth,” she explained. “Even if you re-home a dog, it is still your liability if the dog were to attack someone.”

The couple took viewers through their last day with Bowser and described their last moments together with him.

“We woke up, had a really great day with him,” she said. “He was fed really good food, taken on a really beautiful outdoor drive, the weather was perfect… we played with Bowser in the back and soaked up the sun.. We did it at our house so we paid for the anesthesiologist to come over.”

“In some ways, it’s been anticipated for a really long time, and in others, it was completely shocking,” Phillippi added. “Never crossed my mind — ‘Oh, now we’re gonna have to put Bowser down’ — I just thought, ‘Oh, he’s just gotta be in the right home.’ But after getting counsel from multiple professionals who are with dogs all the time, all of them said that, they all said the same thing.”

Many fans took to the comments section and slammed Phillippi for her decision. “Shame on you,” one wrote. “He didn’t ‘pass’ he was murdered,” added one commenter. “Wow. this is appalling. so many other better options and you basically chose to kill him,” another user chimed in.

Others gave Phillippi tough advice about having pets with children. “Some dogs can’t live with kids but that doesn’t mean they shouldn’t be allowed to live,” scribed one fan.

One commenter was particularly peeved that the blogger chose to reveal her decision to the public. “This is one of the most selfish irresponsible posts I’ve seen,” they wrote. “Even if you made that horrific decision, please do not post about it to hundreds of thousands of followers because you are normalizing the idea that putting a dog down because of aggression issues that YOU did not address is a feasible option.”