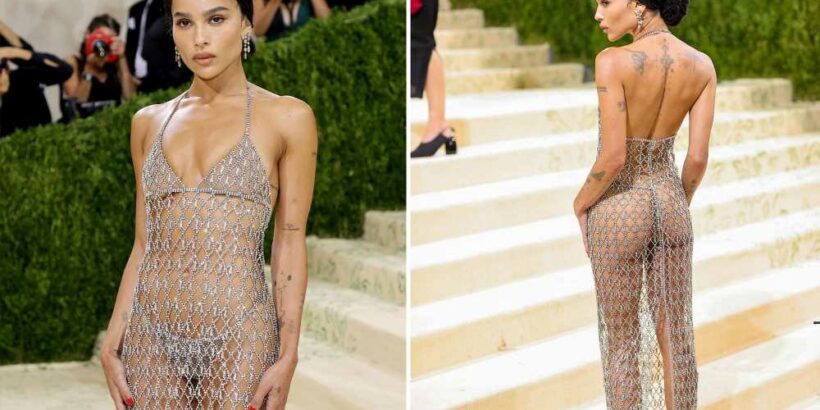 Zöe Kravitz knows how to make red carpet magic, even without Magic Mike.

The actress wore a shimmering mesh dress on the Met Gala 2021 red carpet, where she and rumored boyfriend Channing Tatum walked separately.

Her bejeweled Saint Laurent ensemble — made-up of a series of interlocking YSL logos — was completely see-through and featured a slit up the back.

She teamed the look with equally eye-catching undergarments: the same barely-there bra she wore for a YSL advertisement in July and a thong that appeared to be blinged-out with sparkling stones.

The dazzling design was a fitting choice, considering Kravitz has served as a face of YSL beauty since 2016.

The skin-baring style highlighted her many tattoos, which she recently said she’s completely lost count of.

Kravitz wasn’t the only one embracing sheer styles at this year’s Met, as Kendall Jenner stepped out in a sparkly, nude dress inspired by Audrey Hepburn’s “My Fair Lady” character. 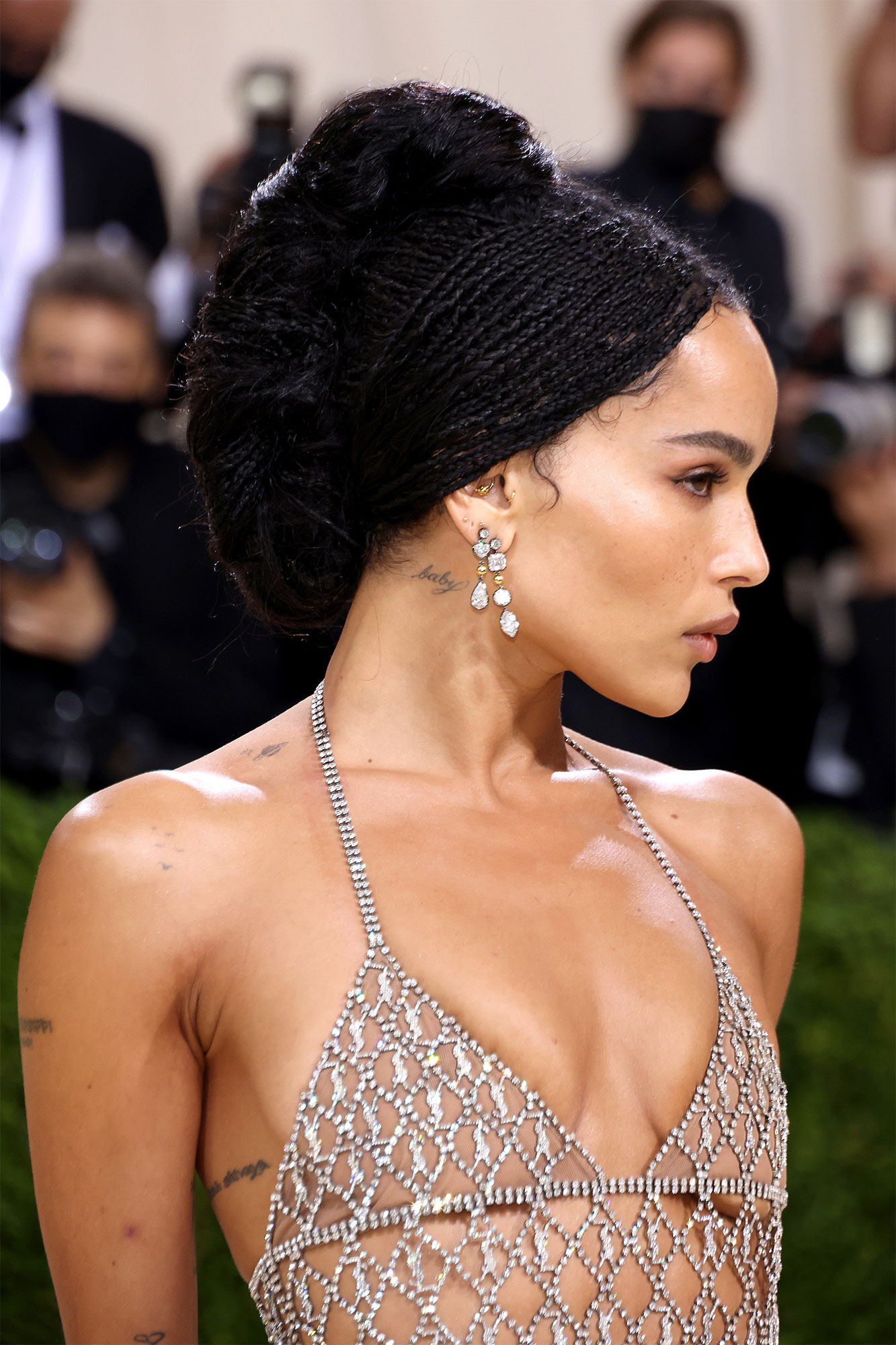 The “Big Little Lies” star has sported a series of adventurous Saint Laurent looks at the Met Gala over the years, including a plunging black dress in 2019 and a  lace gown with a dangerously high slit in 2018.

One thing that’s different about the year though? Her rumored relationship with Channing Tatum.

Although the “21 Jump Street” star posed for photos separately on the Met steps — clad in a classic Versace suit – dating rumors have surrounded him and Kravitz since January, when Kravitz filed for divorce from her husband, Karl Glusman.

Although they denied dating at the time, they’ve been photographed together in New York this summer on a series of outings ranging from a much-discussed bike ride to a Central Park stroll.

Perhaps Met Gala after-parties will be the duo’s next destination in the Big Apple.