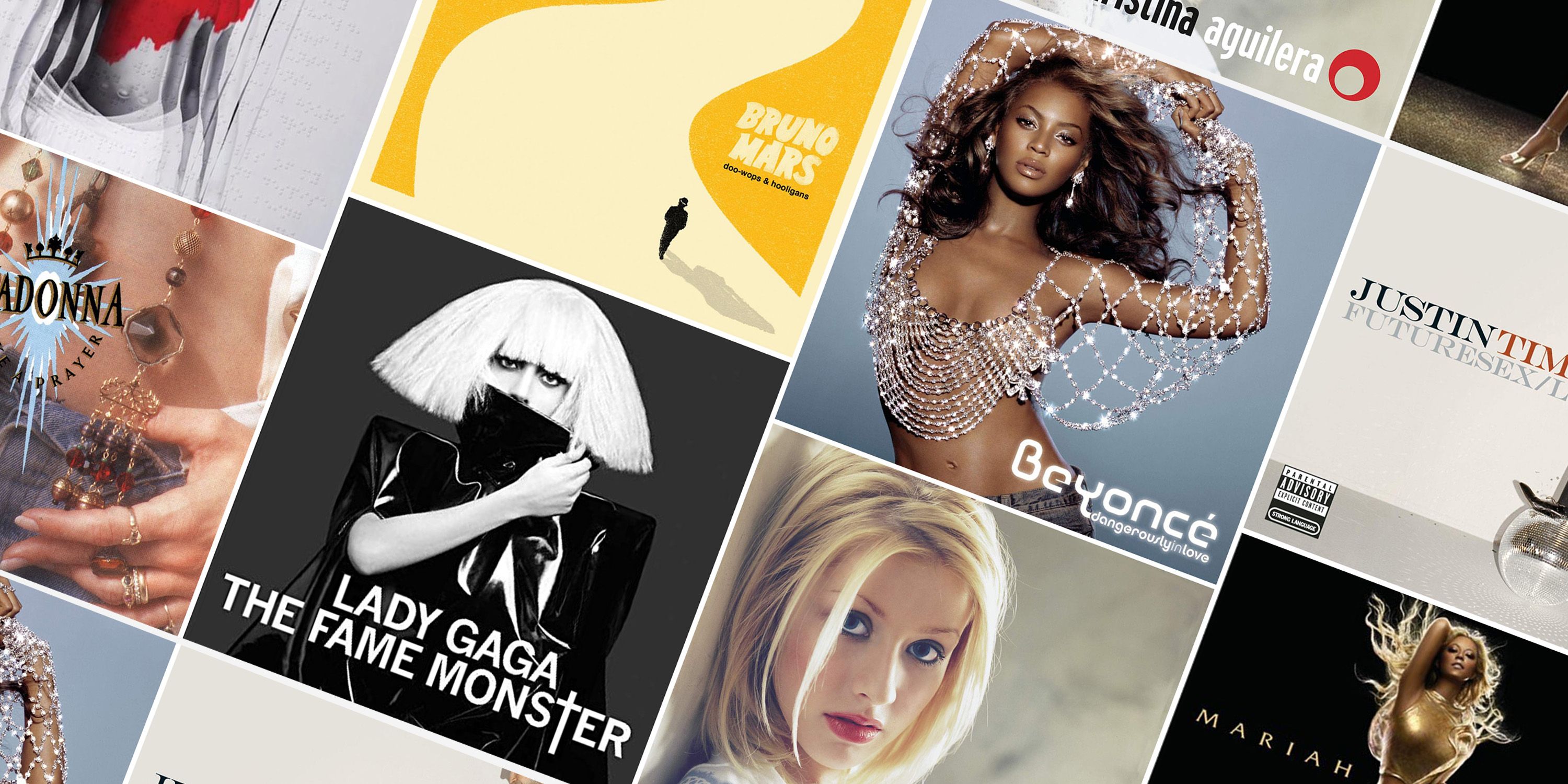 Love songs don’t always have to sound so heavy. While sometimes love calls for a sprawling romantic ballad, there’s definitely also something to be said of a tooth-achingly sweet pop joint to express the way you feel. We’ve rounded up the best pop love songs for when you want to shout out those gooey emotions, but also maybe want to dance a little too.

“We Belong Together” by Mariah Carey

With the airy “come back, come back” ad-libs and the piano-driven beat, “We Belong Together” is a standout in a Mariah Carey catalogue that spans nearly 30 years. And while Carey—who has continued to uphold her songbird diva reputation for thirty years—often seems completely and totally unshakeable, it feels especially human to hear her lament on letting go of a lover too soon.

Mostly any love song that starts with a spoken intro is gonna slap. And when it’s Michael Jackson, it’s definitely gonna slap. “P.Y.T” has the unmistakable Quincy Jones production factor, with the unexpected electro influences on the chorus that drive the song to the next level. Pair that with Jackson’s unbeatable vocals, and it’s a bop for the ages.

At 21 years old, Beyoncé had more style, confidence, and talent than probably any other 21-year-old ever. Not only was “Crazy in Love” her first solo single, ushering in nearly two decades of a queendom, but it also birthed the ever-iconic “uh-oh” dance to go along with it. Plus, there’s something sweet and nostalgic about the fact that Jay-Z and Bey still weren’t public with their relationship when the track, and the subsequent video, dropped.

“My Love” by Justin Timberlake

At one point in time, Justin Timberlake and producer Timbaland were the ultimate power duo. “My Love” is a high point in that alliance, with Timberlake singing nearly the full song in a piercing falsetto, only interrupting himself to half-sing half-rap the chorus. With lyrics like, “If I wrote you a symphony just to say how much you mean to me,” it’s hard not to fall in love.

“Can’t Get You Out Of My Head” by Kylie Minogue

“Can’t Get You Out Of My Head” is a super fitting title for this insanely catchy track. Its lyrics loop for nearly the entirety of the four-minute song, making it a repetitive infectious dance-pop staple that perfectly mirrors what it’s like to circularly obsess over the person you’re into.

“Love on the Brain” by Rihanna

On 2016’s Anti,it seemed Rihanna had fully proven herself not just as a pop-single machine, but also as an artist capable of creating an entirely cohesive, yet genre-defying album with tracks that could stand strongly alone. On “Love On The Brain” Rihanna fully embraces her voice’s natural rasp, pleading, begging and demanding continued love—which would seem easy enough, given it’s Rihanna.

Not for anyone offended by mistreated religious iconography, Madonna’s “Like A Prayer” and its video tactfully pushed back on police brutality and the Catholic Church, all while seamlessly telling a story of love using prayers as a metaphor. Nobody knows how to stir the pot like Madonna, and nobody knows how to make a hit like Madonna.

“Come on Over” by Christina Aguilera

Way before “Dirrty” X-Tina, there was a much squeakier and bubblier Christina Aguilera, seemingly still in the Britney Spears-driven mold of early 2000s pop. And while Aguilera eventually came fully into her own, “Come on Over” is a lasting gem from her earliest phases of pop stardom. The message is pretty simple on this, with Aguilera flexing her pipes as she asks for a boy to come over. It might be a baby Christina singing, but the talent remains as evident as ever.

“Underneath It All” by No Doubt ft. Lady Saw

“Underneath It All” is somewhat of a departure for No Doubt. It’s romantic and pillowy soft, with gentle lyrics like “you see the colors in me like no one else,” coming from ultimate Cool Girl and frontwoman Gwen Stefani. The track still does has the signature reggae influences the band usually pulls from, with a guest verse from Queen of Dancehall, Lady Saw. In 2003, the song even earned the group one of their two Grammy wins.

“Bad Romance” not only solidified Lady Gaga as one of the leading visionaries in pop, but it was also somewhat of an original viral hit. It blew up online when it was originally released, and just this month, it hit the one billion views mark on YouTube. “Bad Romance” is peak Gaga, as it ties a conceptually-driven track with its perfectly abstract visuals. And as for the love part, is there anything more relatable than Lady Gaga repeatedly shouting “I don’t wanna be friends”?

“Just the Way You Are” by Bruno Mars

“Just the Way You Are” is an unapologetically corny, mushy, over-the-top statement on what it’s like to accept the one you love, flaws and all. With a chorus that boasts “Girl you’re amazing, just the way you are,” it’s a swoon-worthy bop at the beginning of a big Bruno Mars career.

“As Long as You Love Me” by The Backstreet Boys

With their bleached hair, baggy light-wash denim, and intensely in-sync (not NSYNC) dance moves, the Backstreet Boys were the dreamiest five boys in the world in 1997. “As Long As You Love Me” is a lasting relic from the group’s shining era, with the members going verse for verse, showing off their melodic prowess in an ode to the girl they love.

Taylor Swift’s personal love life has been a highly publicized spectacle for the last ten years, often thanks to her songwriting. And while she has a penchant for composing scathing lyrics about her exes, “Love Story” shows what happens when you stick around long enough to get a song while you’re still in her good graces.

At only 15 years old, Justin Bieber proved to be quite the romantic. While still rocking the upgraded bowl cut hairstyle, the teeny bopper cranked out “Baby,” the squeaky clean soundtrack to puppy love, crushes, and first-time heartbreak. With an adorably wholesome verse from Ludacris, the song makes for a wildly catchy, cute bop.

“The Way” is a collaboration done right. Ariana floats her otherworldly high notes throughout the verses, with Mac Miller bringing things back down for a few rap assists. The track stands as a gorgeous showing of the two artists’ real-life romantic relationship.

Leave it to Prince to pick up a girl based on her accessories. “Raspberry Beret” is a feel-good track for the ages, and with some female-led backing vocals and a sing-along chorus, it’s a jam that will continue to inspire thoughtful fashion choices.

Listen to all the songs below, and check out more playlists by Harper’s BAZAAR on Spotify. FOLLOW