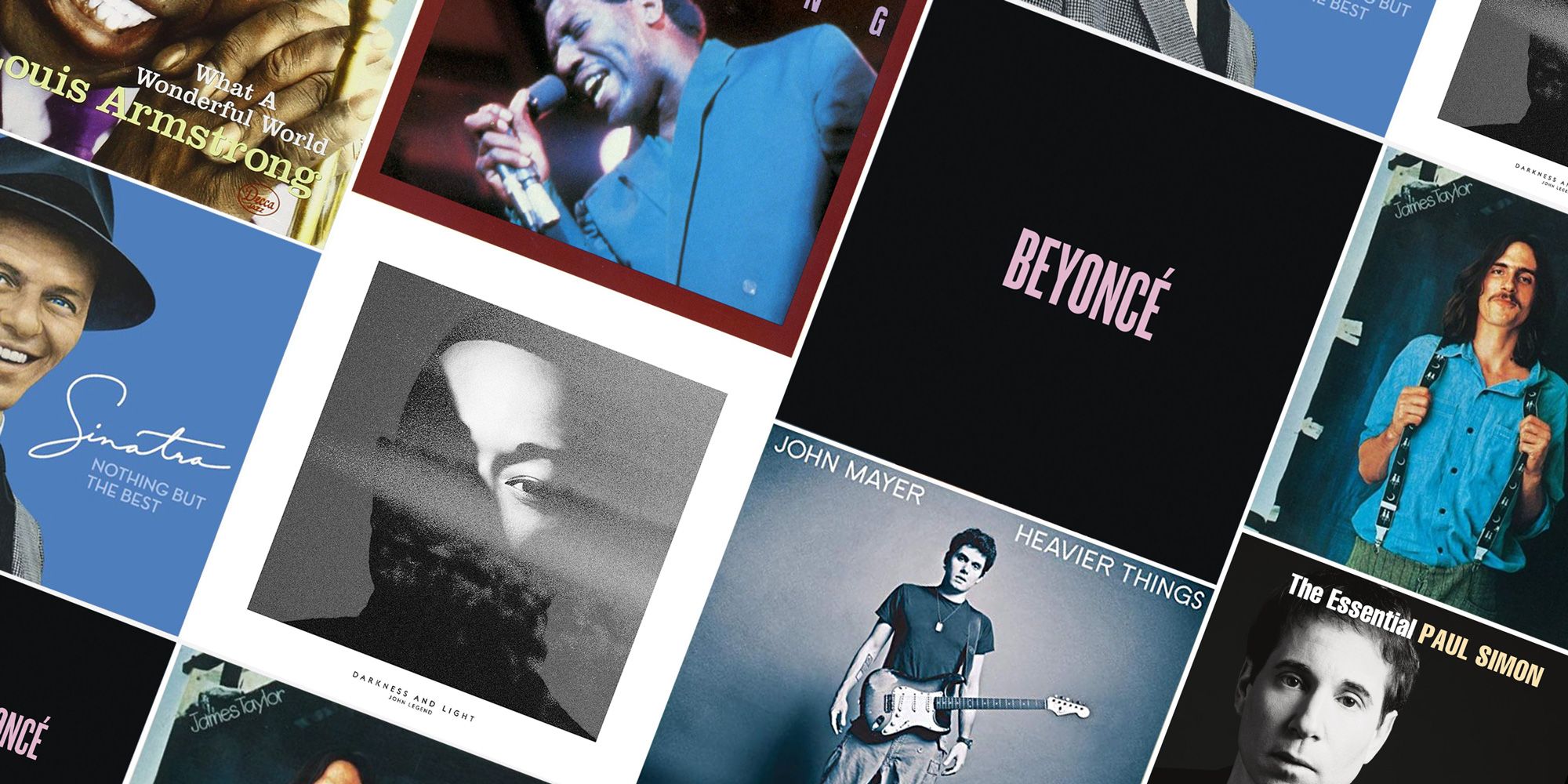 There are seemingly billions of love songs in existence, but there are definitely not as many compositions that capture the incredibly nuanced, specific love between a father and daughter. And while your wedding day can certainly be stressful all on its own, factoring in the song choice for the night’s father-daughter dance can definitely add some extra anxiety. So we went ahead and sifted through to find some of the best options for one of the most special dances on one of life’s biggest days.

From new to old, from literal to abstract, here are our top picks for the perfect father-daughter dance at your nuptials.

“Isn’t She Lovely” by Stevie Wonder

A father-daughter dance doesn’t necessarily have to sound so heavy. “Isn’t She Lovely” is a brass-y, harmonica-driven jam made for life’s happiest moments. With the a full, beaming energy, Stevie boasts, “Boy I’m so happy, we have been heaven blessed.”

“To Know Him Is To Love Him” by Amy Winehouse

While there are quite a few renditions of this song floating around (original version belonging to The Teddy Bears in 1958), there’s something special about Amy Winehouse’s incredibly stripped-down version. With a haunting rasp, she sings “To know him is to love him and I do, I do, I do….”

The line “Yes I’m a mess, but I’m blessed to be stuck with you” probably wasn’t written with a father-daughter dance in mind, but it’s somehow still so all-encompassing of what a parent-child relationship can be like sometimes. With Daniel Caesar’s ethereal vocals and the simple, but hard-hitting lyrics, this heaven-sent track is a perfect and honest choice.

“Father and Daughter” by Paul Simon

In the early 2000s, The Wild Thornberrys featured one of Nickelodeon’s many royal families, with a plot that centered around a nature-loving documentarian dad, and a gifted wildlife-obsessed daughter. So it seems right that the follow-up movie to the TV series includes a wispy, carefree, and gorgeous father-to-daughter ode from Paul Simon.

For Jay-Z, the transition into the sensitive, faux-genre of “dad rap” was steep, as he opened 2012 with “Glory,” the gorgeous, ringing celebration of his first child with Beyoncé, Blue Ivy. With a Neptunes-produced horn-heavy beat in the back, Jay triumphantly raps, “Baby, I paint the sky blue. My greatest creation was you,” before the song closes with a few murmurs from Blue Ivy herself. It’s a rap song, but the piano keys and Pharrell high notes make it perfect for an non-traditional take on father-daughter dance.

In 2003, John Mayer’s “Daughters” was the official slow dance for every elementary school father-daughter dance across the country, with girls in Limited Too spaghetti strap dresses gathered in their auditoriums. It’s a quintessential peak-2000s John Mayer track: stripped-back guitar and raspy vocals that seem to lend the spotlight to the song’s lyrics.

“What A Wonderful World” by Louis Armstrong

As 2019 opens, it sometimes seems like there might be a lot to be upset about, but the perfect counter is the joyous, sugary sweet rasp of one of the world’s best trumpeter/vocalist Louis Armstrong, as he sings us across all of the simple pleasures of nature and the earth.

“You’ve Got A Friend” by James Taylor

For many, there’s a part of the passage into adulthood where parents transition from the recipient of undying teen angst to a considerably close friend. With backing vocals by Joni Mitchell, James Taylor’s “You’ve Got A Friend,” celebrates the idea of what we’d do for our closest friends—who could even be our very own dads, to the surprise of our 13-year-old selves.

“That’s How Strong My Love Is” by Otis Redding

Backed by a full band and powered by the best vocals in the game, The King of Soul delivers the most convincing proclamation of love on “That’s How Strong My Love Is.”

“By Your Side” by Sade

A Sade track doesn’t always have to be romantic. “By Your Side” is a quintessential silky smooth hit about undying and unwavering support for the one you love, making it a seemingly perfect choice for your big day.

“I Hope You Dance” by Lee Ann Womack

When “I Hope You Dance” debuted in 2000, it crossed over from country to pop charts, becoming a genre-defying ballad for everyone. With the line, “I hope you still feel small when you stand beside the ocean, whenever one door closes I hope one more opens,” the track remains one of most recognizable sentimental sing-along songs of the early aughts.

“God Only Knows” by The Beach Boys

Yes, The Beach Boys make great surfing anthems, but on their iconic album Pet Sounds, they proved their capacity for things much more layered as well. “God Only Knows” is a song that entertains the idea of life without the ones we love, a somber investigation that works to confirm how important they really are.

Following up Jay-Z’s earlier inclusion on the list, “Blue” is the counterpart to Jay’s take on fatherhood. With piano keys driving a snare-riddled beat, Beyoncé celebrates the warm love she never knew prior to the birth of her daughter. It’s an overwhelmingly honest track from an artist, who had previously kept her personal life very private.

“My Wish” by Rascal Flatts

Country music can be a divisive genre, but Rascal Flatts’ “My Wish,” is one of the most recognizable father-daughter songs out there. Lead singer Gary LeVox soars over wholesome, wildly relatable lyrics about simply wanting the best, most pure fulfillment for those you love. Whether you’re belting this at a drunk karaoke night, or celebrating the most important day of your life with your dad, “My Wish” always hits.

“Right by You (For Luna)” by John Legend

Through a series of existential questions, John Legend beautifully poses the question of what his daughter’s life and personality will be like as she grows up, gently reminding her “I will be there,” through it all.

“The Way You Look Tonight” by Frank Sinatra

Frank Sinatra is an artist sure to please anyone, of any age, at the function. “The Way You Look Tonight” is a soaring ballad filled with smooth flattery and smoother vocals. It’s a timeless track meant to make anyone feel special.

“Anytime You Need a Friend” by Mariah Carey

If you’re looking for something with a little dramatic flair for your special night, look no further than Mariah Carey’s “Anytime You Need a Friend.” Carey pairs her already insane vocal performance with a full backing choir, making for one of the most epic declarations of friendship and love, maybe ever.

With its jangling ukulele, “Sweet Pea” is a father-daughter dance song that’s not necessarily meant for a slow dance, but maybe a sweet sway with your old man. Plus, with realistic lines about getting on each other’s nerves, it’s a song that won’t make you feel like you’re putting on a show just for one night.