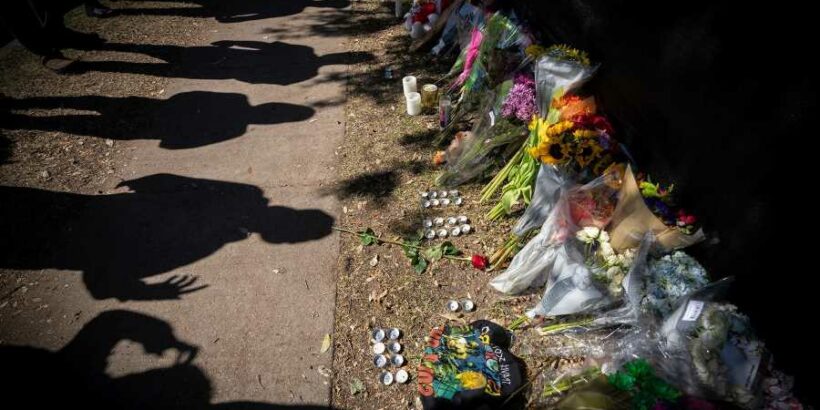 A 22-year-old Texas A&M senior is among those in critical condition, fighting for her life at Houston Methodist days after a brutal crowd rush at Travis Scott’s Astroworld Fest in Houston left eight people dead and hundreds of others injured last weekend.

As of Monday evening, Bharti Shahani, an electronic systems engineering technology major, remained in critical condition and was breathing through a ventilator, according to ABC 13 in Houston. Shahani’s parents, both Houston residents, declined to comment to Rolling Stone on Tuesday morning other than her mother Karishma Shahani asking to “keep (Bharti) in your prayers.”

Shahani attended the festival with her sister and cousin, who told ABC 13 they lost her in the crowd after the rush when Scott took the stage. Bharti’s parents told ABC that she suffered multiple heart attacks and that her chances survival are low.

Alec Baldwin's Daughter Is Really Posting Through It About the 'Rust,' Astroworld Tragedies

“The doctors, they say the chances of survival are nothing, which I have not even spoken to my wife until now. We keep saying we’ll pray,” Bharti’s father Sunny Shani told the station. “I request all of Houston to pray for her. Maybe the prayers might work as a miracle for her.”

As Bharti’s sister Namrata Shahani said: “Once we let go of her hand, the next time we saw her, we were in the ER.”

Shahani isn’t the only attendee currently fighting for her life after the festival. Nine-year-old Ezra Blount was trampled after he fell off his father’s shoulders when the two got stuck in the massive crowd. Blount had cardiac arrest, his brain is swollen and he’s suffering injuries to most of his vital organs. Blount’s family filed a lawsuit against the festival on Wednesday, retaining Ben Crump — who is handling several Astroworld lawsuits — as their attorney.

“We have a lot of anger right now because someone is responsible for the condition of our grandson,” Blount’s grandfather Bernon Blount told Rolling Stone. “For him to have the injuries he has, I can’t help picturing in my mind what he had to go through to get those injuries. Someone should be held responsible.”

The Blount family’s suit is one of several lawsuits filed in the days following the festival as attendees and victims’ families alike demand accountability and answers for how the tragedy happened and what could’ve stopped it. Houston authorities opened an investigation into the incident on Saturday. Live Nation said in a statement on Monday that they were cooperating and gave Houston Police all their CCTV footage and paused the strike down of the festival grounds as investigators gather more information.

“Why couldn’t this have been prevented? I’m just angry and sad and upset,” Ezra Blount’s grandmother Tericia Blount told Rolling Stone on Monday evening. “Why didn’t Travis Scott stop? Wasn’t he watching the ambulances and people performing CPR? Doesn’t he care about the city of Houston? The mayor gave him the key. This is the city he’s from. Why wasn’t he looking out for the people?”