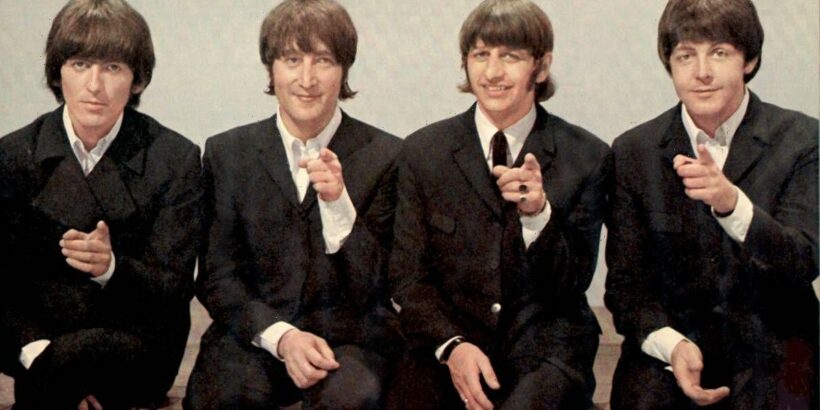 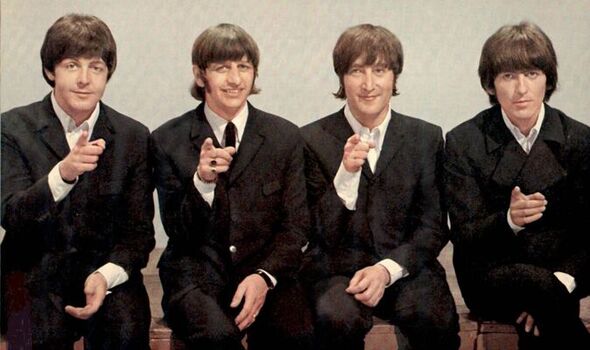 In a year of milestone events, the release of the Beatles’ seventh album had to take its turn in the spotlight. Mini skirts, thanks to Mary Quant, had become the craze. Carnaby Street opened its first boutique. A 17-year-old Cockney, Lesley Hornby, was reinvented as Twiggy and instantly became the face of young Britain.

Photographer David Bailey was turned into a cinema legend by Italian director Antonioni and his film Blow-Up. The first episode of Star Trek was aired and the first all-purpose credit card was issued in the UK.

The famed Sixties chronicler Ray Connolly says 1966 was, “the most glorious year to be a Brit. To be young then, and to be lucky enough to be living in Britain was, in words borrowed from Wordsworth, ‘very heaven'”.

At the center of the universe were the Beatles – now in their fourth year of fame and the greatest pop phenomenon in the world. They’d conquered the globe, from Japan to America, from Germany to Australia, and had won every gold disc going.

Their appearance at Buckingham Palace to receive MBEs from the Queen was a turning point in recognizing that Britain, no longer a colonial force, still had ways of conquering the world. But for John, Paul, George, and Ringo the question was – what next?

Until then, it could be argued the Beatles were just another boy band – the best boy band, undeniably – but not much more than clever who weaved their charm and cheek with an unprecedented musicality.

The time had come for a change, though, in this crossroads year and they did not disappoint. Revolver – which has been remastered and is reissued – was an astonishing of technological innovation, revolutionary composition, and endless invention.

Though for years it was to be overshadowed by its younger brother Sgt Pepper, it remains for dedicated Beatles fans the best album they ever made.

In 37 days from the beginning of April 1966, working on four-track in Studio Three at Abbey Road (their usual haunt Studio Two was being used for another project), the Fab Four produced a scorching array of new sounds, from the electronic psychedelia of John’s Tomorrow Never Knows to the throbbing violins of Paul’s Eleanor Rigby, to the breathtaking punk of George’s Taxman.

Even Ringo’s jaunty Yellow Submarine, soon to spawn a film, was different.

Together they changed the face of popular music and opened doors to other British musicians desperate to escape the curse of the three-chord trick which had dominated their lives for a decade.

“We didn’t know at the time we were raising the bar for recorded music,” recalled the group’s studio engineer Geoff Emerick.

“We had absolutely no inkling that the Beatles were to become even bigger than they were – that seemed impossible – but the band was absolutely driven to break new ground.”

And break down barriers they did – though it wasn’t always achieved with ease. On John’s song I’m Only Sleeping, George was determined to play a backwards guitar solo. “At the best of times, he had trouble playing solos all the way through forwards,” recalls Emerick.

“So it was with great trepidation we settled in for what turned out to be an interminable day, listening to the same eight bars, played backward over and over and over again.” It took nine hours to get the job done.

Indeed, in George’s scathing musical attack on the super tax recently imposed by the government – meaning that for every £1million the Beatles earned, each member received less than £10,000 – his fury overcame his ability to execute the all-important guitar solo on Taxman, and it had to be played by Paul.

Producer George Martin, as always, helped shape and embroider the raw songs he was presented with, and many believe he reached his creative high point as the Fifth Beatle in scoring a double-string quartet to accompany McCartney’s timeless Eleanor Rigby.

Paul started out with the idea he’d accompany himself on an acoustic guitar on the haunting song, and didn’t like the idea, afraid it would sound “too Mantovani”.

The hired-in classical musicians weren’t that keen either. In fact, they were so stroppy they didn’t even hang around to hear the playback.

But it remains, probably, the masterpiece on the album.

Later in their career, bitter disagreements would erupt within the group but Giles Martin, son of George and the mastermind behind the newly-mixed and expanded special edition of Revolver says today of the sessions he’s painstakingly remastered: “The thing I still get [listening to all the playback tapes] is that sense of camaraderie.”

Geoff Emerick agreed, recalling that while Paul was recording the vocals to Got To Get You Into My Life, John “actually burst out of the control room to shout his encouragement”.

The work was feverish in those few weeks – the group also managed to shoehorn the single Paperback Writer and its flip side Rain into the sessions – but George Martin still found time to spend hours with John, Paul, and George working out increasingly complex vocal harmonies.

“It was a long process but the results were always spectacular – the four of them would gather round the piano for hours on end practicing their parts,” recalls Emerick. Ringo passed the time reading magazines or playing draughts.

The album was released in August, only a few days after the all-important cover artwork by Klaus Voormann (another honorary Beatle) was completed, and four months since they first stepped into the studio. Ringo commented: “We worked like dogs to get it right.”

Revolver went straight to No 1 in the album charts and stayed there for 34 weeks while the critical reaction was one of amazement.

American writer Robert Rodriguez was so struck about the astonishing array of new sounds spinning off the vinyl he wrote a whole book about it.

Today he says: “The making of Revolver would be nothing if the results weren’t so impactful – more than even Sgt Pepper and Pet Sounds, Revolver fed directly into the rock’n’roll zeitgeist.”

“Its influence can be heard everywhere, from the psychedelic San Francisco sound – Jefferson Airplane, the Grateful Dead – to the first wave of post-blues hard rock – Black Sabbath, Led Zeppelin – through movie soundtracks and pretty much everything that followed. More than any record before or after, Revolver was the game-changer.”

Beatles biographer Hunter Davies concurs: “It was the moment when the Beatles rewrote the script.”

Paul agreed. “When we finished Revolver, we realised we had found a new British sound, almost by accident,” he recalled years later.

“I still love Eleanor Rigby, while For No One evokes timeless loneliness, and Here, There and Everywhere is the perfect classic love song. It was an album which took music in a whole new direction.”

“All in all, not a bad album,” says McCartney today, with disarming understatement.

Outside of the studio, the Fab Four had to don their other mantle as public figures, being chased by fans and photographers wherever they went.

Three of them retired to Surrey to get away from the constant harassment.

By 1966 they were, according to Peter Brown, who briefly succeeded Brian Epstein as their manager, “prisoners of their own fame – I felt sorry for them”.

While normal people marked the turning points in their lives with births and graduations and new jobs, the days in the lives of the Beatles melted into one another in a never-ending grind of tours and concerts, separated by short periods when they would record another album”.

That was all to change. Within weeks, the group played their last-ever concert in San Francisco after a disaster-prone tour (though later they played a one-off gig on the roof of the Apple Corps building in Savile Row), a decision which hit tough-guy Lennon hardest of all: “It seems like the end,” he mourned.

“No more touring. Life without the Beatles… it’s like there’s a black space in the future.”

That space was rapidly filled with other songs, other albums and eventually other careers for the Fab Four.

Their music continued to innovate and to inspire upcoming stars.

John was murdered in 1980 and George died of cancer in 2001, but astonishingly Ringo and Paul still tour, aged 82 and 80 respectively.

Their younger voices live on in the novel mixes, out-takes and first stabs which can be heard alongside the original album in the new Revolver – sounding as fresh and thrilling as the day it was first released.

Put it on your turntable or iPhone and, in the words of John Lennon on its sublime closing track: “Turn off your mind, relax and float downstream…”

to ‘When we finished Revolver, we realised we’d found a new British sound, almost by accident’ sound, he ‘Its influence can be heard everywhere. More than any record, Revolver was the gamechanger’